HOW TO CON THE LOCALS!

A teacher in Bosnia (part of former Communist Yugoslavia) has done a great job covering Project BEST.  He considered the U.S. Dept. of Education's Project BEST grant important enough to post it on his blog.  See his comments below.

Project BEST:  Basic Skills through Technology
The following comment within the "Request for Funding" stated the project would deceitfully start with "basic" skills in order to get people on board:


Implications for Project BEST
If Project BEST is to have the visible impact its designers desire, the effort will have to stay narrowly focused on the technologies defined by the Department of Education's RFP - modern information technology - and their application in the equally narrow area of basic skills.

Generalizations to other areas and technologies can be relatively easy,
but only after the Project has been successful. The more areas the
project tries to cover, the more difficult it will be to show success. [emphasis added]

If I recall correctly, this wording has surfaced in discussions of the controversial Common Core. The strategy is to get locals on board with terminology which appeals to teachers/parents; then do your own thing. The "bomb" statement that, along with focus on computers for education, caused me to leak this proposal to Human Events, said "What we can control and manipulate"... at the local level. 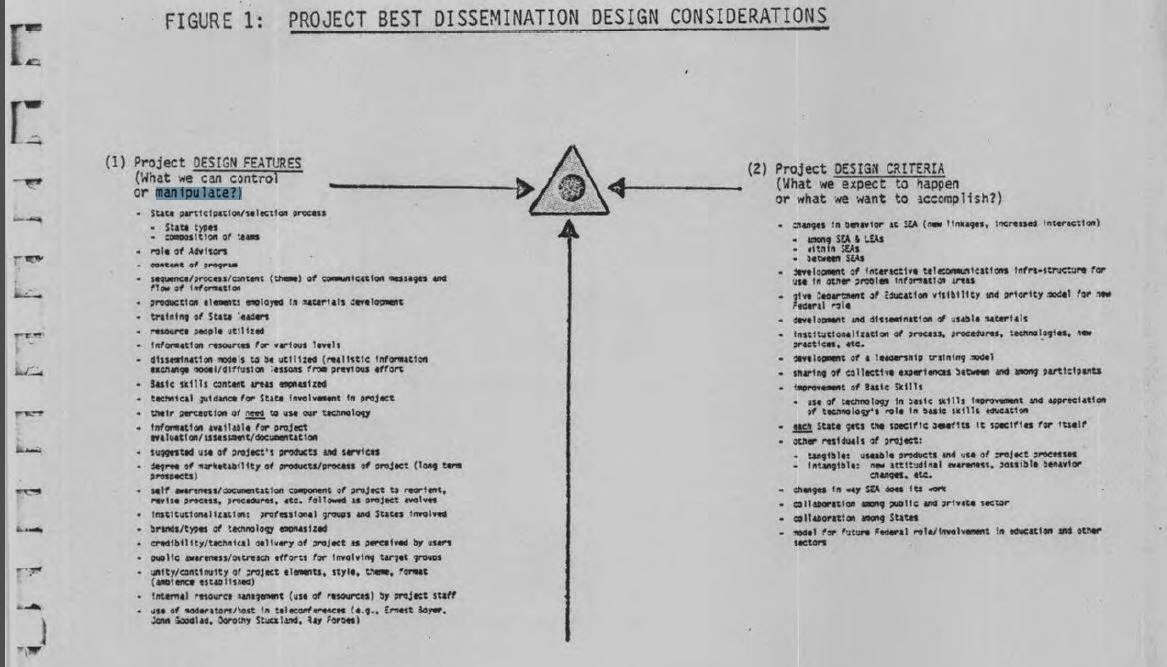 The following information is posted on the Internet blog of a teacher from Bosnia:

Page 53: "What we can control and manipulate"


Posted by Charlotte Iserbyt at 9:22 AM