UP TO THEIR SCRAMBLED EGGS IN ALLIGATORS! 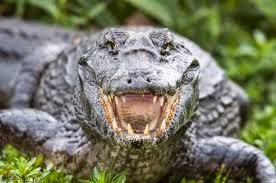 The recent remarks by General Covault about Common Core could lend relevance to that CFR Report of 2012 which recommended charter schools. For background see the blogpost "Tragedy in the Making."

The report "U.S. Education Reform and National Security" was chaired by Condoleezza Rice and Joel Klein. The thrust of the report had to do with schools in context of National Security. In reading the quotes by Covault on the blog HERE, the General's rhetoric somehow sounded familiar. I didn't re-read the entire report which I have in booklet form from CFR (available online as well type in google: "CFR" and  "U.S. Education Reform and National Security"). The report spends a lot of words on assessments then also writes about Common Core. We have used the CFR report to document that school choice is a darling of the Left, but the report also addresses Common Core which we have not mentioned in context of the report itself. The following are just a couple mentions of Common Core in the CFR Report.

"The Task force is aware that ensuring that effectively preparing students will take more than simply  establishing high expectations; effectively implementing the plan is equally important, and implementation requires substantial commitments of both effort and resources.  State and district leaders  should work to ensure that the schools that serve the neediest students receive their fair share of  funding and their fair share of excellent teachers who are capable of implementing the expanded Common Core to its full potential in the classroom.  Changing the way resources are allocated is, of course, much easier to write than to do--but the Task Force does not see it as optional.  Dollars and HUMAN CAPITAL (emphasis added by me) must be allocated consciously and wisely in order to ensure  that all students have access to the high quality, expanded Common Core that the Task Force is urging." (page 48)


Among the list of things the CFR considers crucial is the following:

"Standards should not be seen as permanent.  They should be routinely evaluated and improved to ensure that the standards are ambitious and functional . The DEFENSE POLICY BOARD (emphasis added) , which advises the Secretary of Defense, and other leaders from the public and private sectors should evaluate the learning standards of education in America and periodically assess whether what and how students are learning is sufficiently rigorous to protect the country's national security interests.  Changing the status quo and ensuring that America's schools do not slip further behind is not a  task for trained educators alone; it is shared responsibility and must be elevated to the highest levels."


Weeding through the rhetoric, that means "goodbye" to any concept of local elected representation and "hello" top-down direction of schools with military involvement in the orchestrating. This is chilling.

The next heading following that section of the report is: "MAKE STRUCTURAL CHANGES THAT EMPOWER EDUCATORS, FAMILIES, AND STUDENTS TO CHOOSE"

"Today the United States faces even greater pressures on social mobility; particularly from globalization and the technological revolution, which reward high skill levels and brutally punish those who fall behind...."


Choice, charters, etc., are then recommended by the Task Force and here comes a "zinger":

"Most, but not all, members of the Task Force believe that choice should be extended to private K-12 alternatives..." (vouchers, opportunity scholarships, etc.)  (page 51)

"In order to catalyze, reform,  innovate and better safeguard America's national security, it is essential to measure how well students, teachers and schools are measuring up.  It is also clear that simple measuring results is not enough to ensure progress:  accountability must also engender consequences and public awareness."


A repeat reading of that CFR Report: "U.S. EDUCATION REFORM AND NATIONAL SECURITY" may be something on researchers' priority list, and especially those individuals concentrating so strenuously opposing Common Core while ignoring or even promoting school "choice."  As Charlotte Iserbyt and others have pointed out, the specifics of Common Core aren't going away, they are intended to be implemented by any means feasible and as the CFR Report says, "they are not to be considered permanent," .i.e., ever-changing, which will keep single issue opponents busy long term.

A reading or repeat reading of the CFR Report will also document that the CFR is a mighty big elephant in the room advocating school choice, charters, vouchers, opportunity scholarships, etc. Common Core and School Choice are not separate and opposing issues, but deeply entwined as put forth in the report, and when the education system of a nation has the military at the head table, the implications take on a whole new dimension. 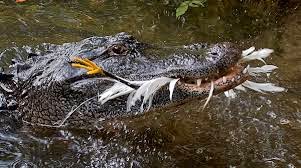 Posted by Charlotte Iserbyt at 4:46 PM