TWO SIDES TO THE COIN 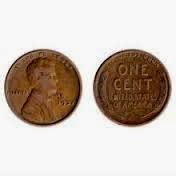 Tenure isn't always bad. While it unfortunately may retain bad teachers, it can also protect teachers from being fired who resist the demands of orchestrated change and constant retraining (i.e. OBE, Common Core, et al) for purposes which are not academic.

Here is the front page article from San Jose Mercury News with reporting from the back yard of Silicon Valley where the 'tech moguls' plan, and fund, their agendas for public policy especially regarding school transformation. Whatever your position on teacher tenure, this inside look at this latest maneuver is significant. The article starts out with a title implying that the lawsuit and the instigator's Foundation is a one horse show. But it contradicts that near the end of the article by reporting how the "rich moguls" harness themselves together  with contributions to one another's foundations; i.e. the Walton Foundation and Broad Foundation donated to Welch's Student's Matter Foundation.

It is long past due for some investigation regarding the activities and machinations of tax exempt foundations and their collaboration among themselves to initiate and drive concerted efforts to effect government policy especially in the field of education. (See related blogpost.) Excerpts from the San Jose Mercury News article follow.


Dave Welch isn’t a teacher, politician or lawyer, but he was the driving force behind a landmark court ruling Tuesday that is poised to overhaul public education in California and across the nation....

...Welch and his education policy nonprofit, Students Matter, celebrated a victory when a Los Angeles judge ruled that California laws governing teacher tenure, firing and layoffs violate students’ constitutional right to education equality, and ordered the state to stop enforcing these laws. The ruling, which state teachers’ unions quickly denounced and vowed to appeal, decided a lawsuit brought two years ago by the nonprofit that Welch leads and helps fund with his own money....

Welch, who co-founded and runs Infinera, a Sunnyvale tech firm that makes and sells technology to power fiber-optic Internet services, is the latest wealthy Silicon Valley tech leader to pull from his deep pockets and push an education reform agenda. Facebook CEO Mark Zuckerberg and his wife recently gave $120 million to Bay Area schools. And Peter Thiel, venture capitalist and PayPal co-founder, has put millions into fellowships to encourage students to skip college and pursue their entrepreneurial interests. The court victory underscores the power that rich and influential business leaders can have on public education policy, particularly if they skirt the often slow-moving and fractured legislative process. Some educators fear that, with the growing concentration of wealth in Silicon Valley, such reform efforts will become more frequent.

“It’s discouraging when people who are incredibly wealthy, who can hire America’s top corporate law firms, can attempt to drive an education agenda devoid of support from parents and community,” said Joshua Pechthalt, president of the California Federation of Teachers.

But for Welch, Tuesday’s court ruling overturned teacher policies he genuinely believes harm kids and affirmed the mission he undertook years ago to be an advocate for children when he felt the state, and schools, had failed them....

And wealth has attracted more wealth — the Broad Foundation, a controversial education reform organization opposed by most teachers unions, and the Walton Family Foundation, started by Walmart founder Sam Walton, have donated to Students Matter....

“Money had a lot to do with how this case played out,” said Frank Wells, spokesman for the California Teachers Association. “The concern is that when someone has a great deal of funding and moves forward with something like this, it’s not based on research and evidence. That’s why these policy decisions need be made through the Legislature and with debate and discussion.” [all bold emphasis added]

Posted by Charlotte Iserbyt at 12:45 PM