MOLE IN 'THEIR' MAIL ROOM?

I received an e-mail promotional piece from the National Alliance for Public Charter Schools, signed by Nina Rees. It begins,

Charlotte,
As they don caps and gowns and receive their high school diplomas, charter school students across the country are celebrating years of hard work and eagerly looking forward to their next chapter.
They have much to be proud of and we’re excited to be able to share some of the moving stories we’re hearing.
We’re highlighting students like....
That’s why we’re promoting “30 Days of Grad” on our website and social media every day this month. It’s our chance to celebrate the incredible work of charter schools, their teachers and students, and to tell their stories. 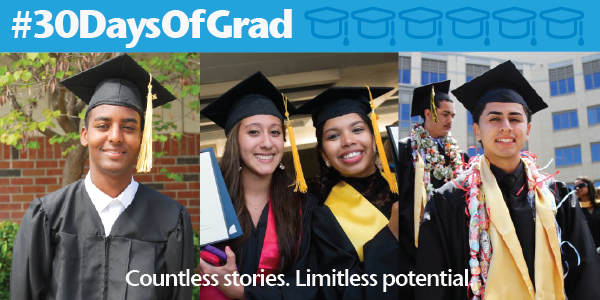 I hope you’ll take a minute to read these stories—I know you’ll walk away inspired. And if you know of a student or school we should celebrate, please share it with us.
Our students are living proof: What we do matters.
Thank you for investing in the lives of students and families around the country.
Sincerely,
Nina Rees
President & CEO

P.S. You can read a new story every day by visiting publiccharters.org/30DaysofGrad.

Nina Rees, President and CEO of the National Alliance for Public Charter Schools, did not get her leadership position pushing for charter schools  by mistake. Ms Rees has an extensive background with the Heritage Foundation, and there is no excuse for her to not know what she is doing in leading our nation off the cliff with tax-funded charter schools with their unelected boards (taxation without representation), part of the publicly-funded private education agenda recommended by Marjorie Ledell, who wrote

Finally, raise the real issue and depend on democracy. Don’t let “to OBE or Not to OBE”or “to implement or not implement efforts to improve student learning” cloud the overdue national debate about whether public education should exist or be replaced with publicly funded private education. (Educational Leadership, Jan. 1994)

Out of the mouth of Nina Rees, in 1998 I recorded in my book the deliberate dumbing down of america, on page 428, the following:

NINA SHIKRAII REES OF THE HERITAGE FOUNDATION, WASHINGTON, D.C., WROTE AN ARticle entitled “Time to Overhaul the Elementary and Secondary Education Act of 1965” which recommended a major shift in the traditional philosophy of education from an emphasis on inputs to an emphasis on outputs. An abstract of her article which was published in a Heritage Foundation Press Release dated December 2, 1998, follows:

During the reauthorization process of the 1965 Elementary and Secondary Education Act, the 106th Congress has a historic opportunity to change the course of K–12 education. Congress needs to shift the goals of the ESEA from one confined to inputs to one focused on achievement. Congress can make this happen by sending more federal dollars to the classroom instead of to education bureaucracies; empower parents, teachers and principals; boosting the quality of teachers; and allowing flexibility and demanding accountability. Sending money to the same old federal education programs will waste precious education tax dollars and allow American students to fall even further behind their counterparts in the developed world.

[Ed. Note: If what Ms. Rees recommends is authorized by the 106th Congress, the course of K–12 education will be more than changed. It will be eliminated, to be replaced by K–12 school-to-work training, required by NAFTA and GATT, both of which are supported by Ms. Rees’s employer, the Heritage Foundation. As sensible as the above recommendations may appear at first sight, as one moves carefully through the text one can identify key words which should raise red flags for those opposed to the philosophy behind Goals 2000 and the School-to-Work Opportunities Act.
When Ms. Rees says “Congress needs to shift the goals of the ESEA from one confined to inputs to one focused on achievement” she really means she supports outcome-based education, since the word “achievement” as she has used it means “outcome.” She then goes on to recommend all the “nasties” associated with Marc Tucker’s National Center on Education and the Economy which are also associated with all recent restructuring legislation, as well as with outcome-based education: “empowering of parents, teachers, and principals”; “sending more federal dollars to the classroom”; “boosting the quality of teachers”; “allowing flexibility”; and “demanding accountability.”
Of special interest here is her recommendation to boost the “quality of teachers.” The reader is urged to turn to the 1992 entry regarding Filling the Gaps for the new millenium definition of “quality of teachers.”
Note also how this report uses the word “achievement.” This is the alternative to focusing
on “inputs”—the legal requirement of most state constitutions with regard to their responsibility
to the public to “offer,” “make available” or “furnish” educational opportunity to all citizens. Most of our state constitutions—unless they have changed in the last few years—do not require
the state to be responsible for each student’s success, because the state cannot ensure what is
a personal responsibility. States are responsible for the provision of everything necessary for
a child or student to have the opportunity to achieve academic success—“inputs.” (This has
traditionally been known as the Carnegie Unit requirement.) It is when the state becomes the
guarantor of success—Ms. Rees’s “achievement”—that parents have felt the stifling hand of
the state in the area of privacy and personal freedom.
Sending more “dollars to the classroom” may sound like returning to local control, but is in fact the reverse since it bypasses not only state legislators—who presumably represent their constituents at the state level—but also local school boards who traditionally have made decisions at the central office building level—not at the school building level—on how their constituents’ tax money could best be spent.
Much damage has been done over the years under the guise of “accountability.” Exactly to whom does the Heritage Foundation want the schools to be accountable? Parents and taxpayers who have had no say whatsoever in restructuring plans, or the international business community which initiated and supports the recommendations spelled out in most of Heritage Foundation’s reports, including its call for the use of Skinnerian Direct Instruction (DISTAR) as presently implemented in Houston, Texas at Thaddeus Lott’s Model Wesley Elementary School, and which is on a roll across the nation since the passage of the Reading Excellence Act?]
Posted by Charlotte Iserbyt at 1:13 PM