The classroom must and will become an arena of conflict between the old and the new—the rotting corpse of Christianity, together with all its adjacent evils and misery, and the new faith of Humanism, resplendent in its premise of a world in which the never-realized Christian idea of “love thy neighbor” will finally be achieved.
--John Dunphy (see full quote and citation below)


The Free Republic reported on May 15th of this year, "Teachers cannot opt out of teaching gay marriage in school sex-ed classes: Scottish NHS," by HILARY WHITE:

While Scottish government draft guidelines currently allow teachers with moral objections to opt-out of certain aspects of the country’s new sex-ed curriculum, several National Health Service boards have objected to the opt-out clause. They are also objecting to provisions allowing parents to opt their children out of the classes.(Continue reading HERE) 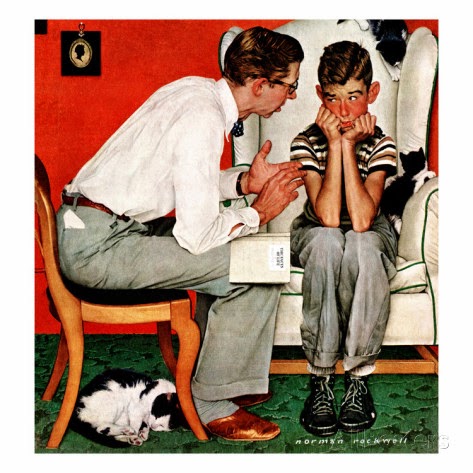 Here is the agenda. Start with values clarification and sex education, then even include bestiality. Example: Maine's State Health Education Program, 1978, called for high school students to understand the four types of sexual intercourse, including with animals! Then, as is pointed out in the article below on Death Education, when successful in changing values towards "sex and various sexual practices," the agenda was to move onto death education. Here enormous damage can and has been done by comparing the Christian views on death and dying with Eastern religions' view on death and dying (reincarnation, etc.).

The following two examples are from my book, the deliberate dumbing down of america. From page 145:


THE SCHOOL COUNSELOR, PUBLICATION OF THE AMERICAN PERSONNEL AND GUIDANCE ASSOciation, published a special issue on the subject of “Death” in its May 1977 issue (Vol. 24, #5). In this issue a remarkable admission regarding the results of sex education was made which
explains clearly the purpose of these controversial humanistic programs: to create the problems
sex ed, values ed, drug ed, and death ed were supposed to solve. An excerpt from The
School Counselor follows:

The last goal is to help students clarify their values on social and ethical issues. An underlying, but seldom spoken, assumption of much of the death education movement is that Americans handle death and dying poorly and that we ought to be doing better at it. As in the case of many other problems, many Americans believe that education can initiate change. Change is evident, and death education will play as important a part in changing attitudes toward death as sex education played in changing attitudes toward sex information and wider acceptance of various sexual practices.


[Ed. Note: In light of events in the 1990s, the question arises: What does “doing better at it”
mean? The statement “Death education will play as important a part in changing attitudes
toward death as sex education played in changing attitudes toward… wider acceptance of
various sexual practices” implies that our children benefitted from exposure to “wider acceptance
of various sexual practices,” when all one has to do is survey the moral landscape to
see the devastating effect these programs have had on our children’s lives. The same applies
to death education and its effect on children’s understanding of the value of life, reflected in the increased number of murders carried out by youth.]

From page 192-3, here is the rest of the offensive Dunphy quotation that is at the top of this blogpost:

“A RELIGION FOR A NEW AGE” BY JOHN DUNPHY, WRITTEN FOR THE JANUARY/FEBRUARY 1983 issue of The Humanist, the journal of the American Humanist Association, lifts the veil of respectability from humanism and humanistic ethics. Excerpts follow:


I am convinced that the battle for humankind’s future must be waged and won in the public school classroom by teachers who correctly perceive their role as the  proselytizers of a new faith: a religion of humanity that recognizes and respects the spark of what theologians call divinity in every human being.

These teachers must embody the same selfless dedication as the most rabid  fundamentalist preachers, for they will be ministers of another sort, utilizing a classroom instead of a pulpit to convey humanist values in whatever subjects they teach, regardless of the education level—preschool day care or a large university.

The classroom must and will become an arena of conflict between the old and the new—the rotting corpse of Christianity, together with all its adjacent evils and misery, and the new faith of Humanism, resplendent in its premise of a world in which the never-realized Christian idea of “love thy neighbor” will finally be achieved.


Posted by Charlotte Iserbyt at 1:39 PM