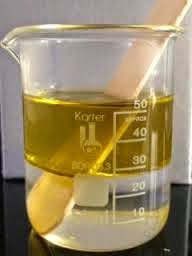 Please read the complete Don Bell Letter on this important subject, authored by the late Virginia Birt Baker, a pioneering homeschool mom and education activist.  Her report can be found at http://www.americandeception.com. It points to the problem with so-called free market "choice" mixed up with tampering with local control, i.e. local representative government such as your locally elected school boards that are accountable to voters, citizens and parents.

One of the most shocking things about Ginny Baker's report is how "education choice" was on the agenda of leaders of the New Age/New World Order!

Virginia Birt Baker, has written some words of warning regarding the tax voucher scam. She knows whereof she writes and has the documentation to back it up. So we are pleased to reprint an excerpt from "Educational choice: An Innovative Report":


Once private education accepts tuition tax credits or vouchers it can no longer remain private, because through government regulations, it will be forced to become one and the same with its public counterparts. "Any state and a bureaucratic agency for the propagation of ideology and the enforcement of standards. And the standards will be devised not by the enthusiasts of vouchers,... but by the same old coalition of educationists... who know exactly what they want, and exactly how to get it."

What do they want and how will they get it? To start with, George Bernard Shaw of the socialist Fabian Society of England, said, "Nothing will more quickly destroy independent Christian schools than state aid; their freedom and independence will soon be compromised, and before long their faith."

His protege, Keynesian economist Milton Friedman, began in 1960 to promote the voucher plan, at first unsuccessfully in his Alum Rock Experiment. In 1970 he wrote Free to Choose, and in July, 1980, the First Global Conference on the Future was held in Toronto, Canada. One of its prime objectives was to push education choice on an unsuspecting American, Canadian and European citizenry. Some of the participants were

Then, in 1981 the American Legislative Education Council, formed by Paul Weyrich ("We are radicals who want to change the existing power structure. We are not conservatives..."), mailed to 16,000 state and federal officials and legislators a suggested educational voucher. Thomas A. Shannon, Executive Director of the National School Boards Association, said, "Tuition Tax credits for private schools profoundly change the character of private education. Private schools that operate with public money will be subject to public regulations."

This master control system, "The Interagency Day Care Standards," hinged
upon the federal government's own definition of day care: "Day care is
defined as the care of a child on a regular basis by someone other than
the child's parents for any part of the 24-hour day."

It states that "Any agency, public or private, which receives federal funds directly or indirectly through a grant or contract... or by way of a voucher plan" must meet all programs that are set down for public schools. Acceptance of Federal funds is an agreement to abide by the requirements."

The chronology, or evolution, of events has, by law, now placed the standards ("guidelines") within state agencies. It has linked increased school costs and unasked for, unwanted, yet mandatory programs, through "back door" administrative guidance policies and procedures and without the knowledge or involvement of elected representatives, to federal requirements as conditions of funding! These mandatory programs include sex education, psychological services, organizational changes, human relations activities, busing, bilingual education, etc., etc .

In March, 1984, the U .S. Supreme Court ruled that private schools are subject to government regulations because they enroll students who receive tuition money from the government. Even though the checks are payable to individual students, not the school, the Court says any scholarships, loans, or grants to students "constitute federal financial assistance."

Note to reader. Footnotes appear in the original document.  To download this document from the AmericanDeception.com website, simply type "Don Bell Report" into the search box on the main page. A new page will pop up, and the July 1990 issue appears in the second downloadable section that looks like this: 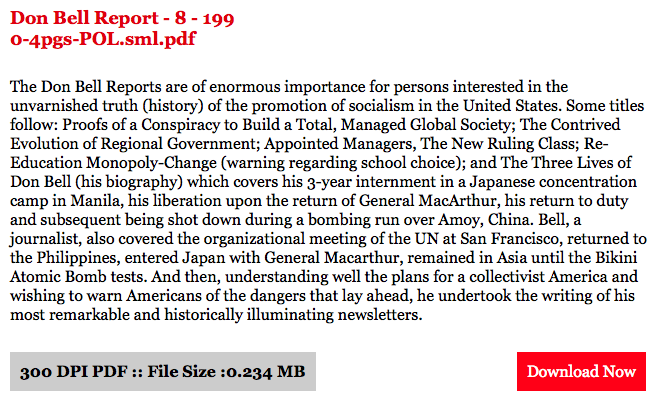 Posted by Charlotte Iserbyt at 9:03 AM