The "fight for the soul of America"

Phony school "Choice" will not help.... 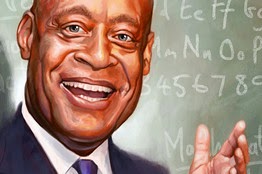 Mr. Chavous also believes Chicago Mayor Rahm Emanuel may soon get on board. "Rahm Emanuel—it's no secret—is considering how to get these kids out of these bad schools and into these quality schools," he says. "I've run into several African-American leaders who run private schools in Chicago who are hungering to get more of these kids into their program."

This quote above comes from: "On the School-Choice Barricades: Former D.C. councilman Kevin Chavous talks about his battles with teachers unions across the country and why the voucher movement is advancing," by Allysia Finley, The Wall Street Journal, Sept. 5, 2014. The WSJ article explains Mr. Chavous and his agenda:


Mr. Chavous... for four years he has battled on the front lines of education reform as a founding board member and executive counsel for the nonprofit American Federation for Children (AFC). The organization publicly lobbies for school choice, and in particular focuses on private-school scholarship programs that typically receive less charitable support than do charter schools. Its political action committee battles to elect pro-choice lawmakers in the states.

You might say Mr. Chavous and his operation, with about 30 employees, are the shock troops for school choice on the other side of the barricades from the unions....

He was among the first Democrats nationwide to embrace charter schools...

...ultimately Mr. Chavous considers the entire country ripe for better school options. "This is really the fight for the soul of America," he says. "Parents are tired of the status quo offering promises of change that don't take place."  [emphases added]


To understand the destructive nature of this agenda, read my previous post: "Charters Kill True Choice." How tragic that the inner city parents and teachers don't understand tax-funded school "choice" and charters with unelected boards will undo all the 1960s-1970s integration efforts, especially those targeted at giving the minorities upward mobility. The Power Elite has always believed "back to the plantations" for them!


Is there aught of remedy for this neglect of rural life? Let us, at least, yield ourselves to the gratifications of a beautiful dream that there is. In our dream, we have limitless resources, and the people yield themselves with perfect docility to our molding hand. The present educational conventions fade from our minds; and, unhampered by tradition, we work our own good will upon a grateful and responsive rural folk. We shall not try to make these people or any of their children into philosophers or men of learning or of science.We are not to raise up from among them authors, orators, poets, or men of letters. We shall not search for embryo great artists, painters, musicians. Nor will we cherish even the humbler ambition to raise up from among them lawyers, doctors, preachers, politicians, statesmen, of whom we now have ample supply. [excerpted from page 9 of the deliberate dumbing down of america] 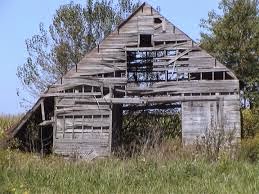 School to Work is the name of the game. And it has been the name of the game since Carnegie Corporation in 1934, in its little book Conclusions and Recommendations for the Social Studies, called for using the schools to change America's capitalist economic system to a planned economy. Read my 2-part article, "Bill Ayers, Political Right, Political Left and 'Choice'," and Part 2, and the following blog posts:
We have President Reagan to thank for signing the education agreements with the Soviet Union in 1985 which enabled the USA to put the Soviet Union's polytech system (workforce training) into the USA. We are looking at UNESCO's lifelong education (training) for ALL. 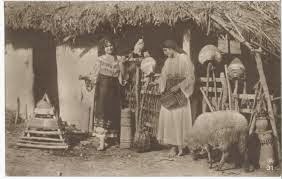 The National Alliance of Business even had the nerve to state on its letterhead in the mid-1990s Workforce Training Kindergarten through Age 80!!!


Posted by Charlotte Iserbyt at 10:51 AM