Two Peas in a Pod?

AMERICANS MUST UNDERSTAND THIS INTERNATIONAL EDUCATION HISTORY, OR ELSE.....

DOCUMENTATION:
(1) Here is the important background history. Note the following two excerpts from my book the deliberate dumbing down of america, pages 379-380. These both come from The Effective School Report. Notice the statement: "School Choice Should Be Made Available":

THE MAY 1997 ISSUE OF THE EFFECTIVE SCHOOL REPORT CARRIED AN ARTICLE ENTITLED “The Future of Hong Kong Is Linked to Education.” Excerpts follow:

As one reads each [article] in the series of articles, the obvious and continuous reference to the effective schools movement becomes more than apparent. It serves us well to understand that just as the effective schools correlates were developed within our realm of the world, so it is these same correlates have been adopted throughout the world to improve the quality and design of education.

A blue ribbon commission was formed in April, 1996 to make recommendations on the development and establishment of quality school education. Three broad principles served as the bases for the work of the committee. They included the following:

“THE GOAL OF HONG KONG SCHOOLS—ESTABLISHING QUALITY IN ITS SCHOOLS” WAS THE feature article in the June/July, 1997 issue of The Effective School Report. This article continues the explanation of the transformation of Hong Kong’s educational system which began in last month’s issue. Excerpts follow:

Excellence is found in the innovations and outstanding performance which distinguish one school from others.


School Choice Should Be Made Available

Hong Kong’s education system provides parents with a choice of different types of schools. The perception of parents and students of the educational process, and the satisfaction of members of the community with outcomes are also useful indicators of the quality of education.

Excellence is not confined to achieving outstanding academic results or promoting the self-esteem of students. For instance, some schools might achieve excellence by developing the potential of low achievers and producing value-added results. [emphasis added]


Research on government-funded school "choice" leads me to believe that the United States is perhaps the only industrialized nation that does NOT have government-funded school choice/charters with unelected boards. A smoothly-functioning global economic system requires that ALL students, as well as adults (lifelong learning) be included in the global computer.

Hence the corporate attack on locally elected school boards as exemplified by Reed Hastings of Netflix (See YouTube link below).
Hence the highly-funded government, corporate and tax-exempt foundation diversionary tactic (opposition to Common Core, the bogeyman*) which is keeping Americans' focused on the "wrong" battle, rather than going up against all forms of tax-funded (and controlled) school choice (the Trojan Horse). Workforce Training is the name of the game and its agenda, as such, cannot be controlled by locally elected boards who would resist such a change from academics to the Soviet/Chinese lifelong workforce training systems!

*bogeyman: Anyone the slightest bit familiar with the history of federal, national, state curriculum, standards, and assessment must know that even if Common Core is killed legislatively in ALL fifty states, it will never go away; it will just come back in one's favorite tax-funded charter school which has no elected school board to which they can register their complaints!! The only way to NOT have it come back is to abolish the U.S. Department of Education, including any data collection office, and forbid funding for local education and/or community education from the Departments of Labor and Health and Human Services. 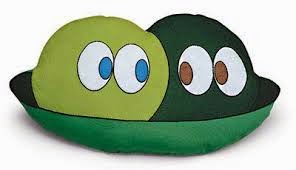 Background
Moral and civic education was one of the four key tasks in the 2001 curriculum reform undertaken by the Education and Manpower Bureau (superseded by the Education Bureau in 2007), and its framework was revised by the Education Bureau in 2008. On 13 October 2010, Chief Executive Donald Tsang stated in the "Policy Address 2010-2011" that moral and national education would replace MCE in order to "strengthen national education". The government planned to introduce the new subject in primary schools in 2012 and secondary schools in 2013, and carried out a four-month consultation in 2011. Following the opposition from the public, the government postponed the commencement of the subject by introducing a three-year trial run period, such that the schools were allowed to commence the latest in 2015. [emphasis added]


Curriculum
According to the revised Moral and National Education Curriculum Guide (Primary 1 to Secondary 6) (MNE Guide) published in June 2012, the subject has the following aims:
Necessity
Education Bureau (EB), states that Moral, Civic and National Education is an essential element of whole-person education which aims at fostering students' positive values and attitudes through the school curriculum and the provision of diversified learning experiences. It also develops students' ability to analyse and judge issues relating to personal, family, social, national and global issues at different developmental stages, and enhances their willingness to make commitment and contribution.

Since 2001, Moral and Civic Education has been accorded as one of the four Key Tasks under the Curriculum Reform to cultivate students' positive values and attitudes (Priority values include "Perseverance", "Respect for Others", "Responsibility", "National Identity" and "Commitment"). It has been suggested "life event" exemplars being used as learning contexts to enable students to realise positive values.

The Hong Kong Professional Teachers' Union (PTU)an organization formed by different levels of teachers, stated that MNE is unnecessary according to their speculations, as the original civic education curriculum had already contained "national education". Its vice-president Cheung Man-kwong claims that introduction of MNE is a political action ordered by the central government of the People's Republic of China.

Neutrality of teaching materials
The "China Model National Conditions Teaching Manual", published by the National Education Services Centre under government fundings, was found to be biased towards the Communist Party of China and the so-called "China model". The teaching manual called the Communist Party an "advanced, selfless and united ruling group" (進步、無私與團結的執政集團), while denouncing Democratic and Republican Parties of the United States as a "fierce inter-party rivalry [that] makes the people suffer" (政黨惡鬥，人民當災). The minister for Education Eddie Ng defended that even though the teaching manual is biased, the subject should not be valued more broadly. 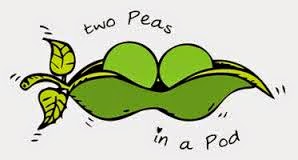 (3) Hong Kong Students actually protested the brainwashing! Read the article "Scholarism, a student group in Hong Kong against the brainwashing curriculum, appealed to the public for participation in the July 1 march of 2012." Below is an English Translation, which appears on the current Wikipedia entry on Moral and National Education:

Scholarism — The Alliance Against Moral & National Education" (later renamed "Scholarism", 學民思潮) was founded by a group of secondary school students on 29 May 2011, with no political affiliations. Scholarism is the first pressure group formed and has become the leading organisation against MNE. The group is known for being one of the few organisations that protested outside the Central Government Liaison Office after the 1 July March of 2012.

In July 2012, the "Civil Alliance Against the National Education" (民間反對國民教育科大聯盟) was formed by 15 organisations, including Scholarism, Parents' Concern Group, PTU, Hong Kong Federation of Students, Alliance Youth, Civil Human Rights Front and others.

On 29 July 2012, 30 organisations protested in a march. According to the organisers, more than 90000 protestors, including many parents with their children, participated in the march.

Members of the student activist group Scholarism (學民思潮) began their occupation of the Hong Kong government headquarters on 30 August 2012. Fifty members occupied the public park beneath the government offices, of which three began a hunger strike. The goal of the protest was, expressly, to force the government to retract its plans to introduce Moral and National Education as a compulsory subject. The initial planned length of the occupation was three days. On 1 September, an open concert was held as part of the protest, with an attendance of 40,000; guest performers at the protest include RubberBand, C AllStar, Wong Ka Keung, Anthony Wong and others. During the event the three hunger-strikers ended their hunger strike, and were succeeded by a team of ten other hunger-strikers.


It appears we parents, taxpayers, and some teachers here in the USA could take a lesson from the students in Hong Kong who have the guts to call the Effective Schools  international school choice curriculum what it is: "brainwashing." 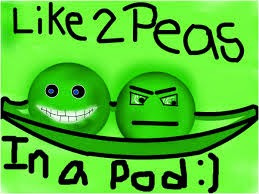 Posted by Charlotte Iserbyt at 7:31 AM