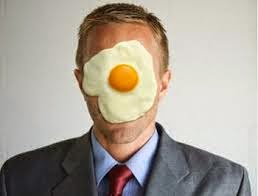 Are the likes of  CATO's McCluskey, Associate Director Cato Institute, Center for Educational Freedom, merely part of our deliberately dumbed down society? Or are they an enemy of American parents and citizens? How can McCluskey say the content and wording of the Soviet curriculum does not match Communist Core and what we are looking at today with restructuring of American education lifelong using Pavlovian/Skinnerian operant condititioning?

Read the following conversation, and note McCluskey's disinformation response. And then review the historical factual documentation below it.

Transcription of segment from C-SPAN interview with Neal McCluskey of CATO Institute regarding Common Core which includes call from listener, Mike, a parent in Florida:

HOST McARDLE:  "Mike is calling in; Mike is a parent"


MIKE: "People who are opposed to Common Core... is essentially an extension of the Soviet model of education where you are are creating good workers but you are not creating free thinkers. One of foundations of a free society is freedom of thought.  We are getting away from that. The viewers should familiarize themselves with a lady by the name of Charlotte Thomson Iserbyt. She has a book the deliberate dumbing down of america where she documents one hundred years or more that the education standards have dwindled - the more that we have allowed the federal government to supplant the role of the states. Essentially what we have over the last 100 years is instead of people who move our country forward we have glib thinkers.   We are now getting away from those types of people who contribute to society. Are we going to get expert button pushers or expert people who can solve specific problems?  Because the way they are addressed they are not allowed - I had an extremely high IQ, I was taking a look at the Common Core math. It is ridiculous."

Host turns to McCluskey for an answer to Mike:


McCLUSKEY:  "I think that Mike is getting at something important.  When we talk about Soviet style of education we have to be very careful because Soviet style was supposed to be social control - kind of mind control.  I don't think Common Core is trying to do that. The similarity is that Common Core is  is now beginning of seeing our curriculum - because standards have some  impact on curriculum. We are now seeing this coming  from the federal government for the first time. Government is saying "These are the standards you should use as opposed to saying you should have your your own standards. We are moving towards standardization. I don't think we can say that we are moving in any really scarey way towards Soviet style education.  Evidence on federal intervention in education is that it doesn't work.  When we look at  twelfth grade National Assessment scores... the final product... throughout the time the federal government involved... they are flat. We have spent more and more money from the federal government which hasn't fixed anything, and we have had more and more control from the federal government. The more important problem and I think this has been a messaging problem for the Common Core is: 'is the Common Core supposed to foster creative thinking or is it about producing better workers?'  If we are to be internationally competitive, we have to create Common Core so we can get better workers.  There are a lot of people who believe that is not what education is all about."

McCluskey's denials about "Soviet style of education" distorts and spins the issue, and flies in the face of massive documented evidence to the contrary, some of which goes back to 1934 and which is included below from my book the deliberate dumbing down of america. Below are some important historical facts. 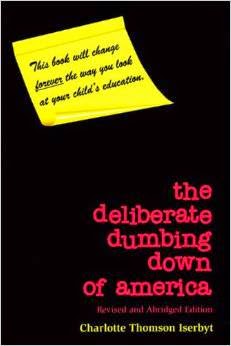 
Free education for all children in public schools. Abolition of children's factory labour in its present form and combination of education with industrial production.

1934 Carnegie Corporation's little book Conclusions and Recommendations for the Social Studies calls for using the schools to change America's capitalist economic system to a planned economy. And calls for taking our land. Read my post on "Community Education". Go to AmericanDeception.com and type "Conclusions" into the search engine:


1960 SOVIET EDUCATION PROGRAMS: FOUNDATIONS, CURRICULUMS, TEACHER PREPARATION by William K. Medlin, Clarence B. Lindquist, and Marshall L. Schmitt  was published in 1960 under the auspices of U.S. Department of Health, Education and Welfare. Americans familiar with the details of American school-to-work restructuring will see that the United States is adopting the Soviet polytechnic system.

The ideas and practices of Soviet education form a philosophy of education in which the authoritarian concept predominates.... With 60 percent of the adult male population illiterate in 1900, a massive educational effort was deemed necessary to transform this situation into one where new skills and scientific inquiry could meet national needs.

The curriculum is unified and is the same for all schools throughout the U.S.S.R. with but slight variations in non-Russian nationality areas.... Principles of Darwinism, which are studied in grade 9 of U.S.S.R. schools, teach children about the origin of life together with the history of evolution in the organic world. The main theme of the course is evolution.

Major efforts of U.S.S.R. schools during the past 30 years have been to train youngsters for the Government’s planned economic programs and to inculcate devotion to its political and social system.... Science and mathematics occupy 31.4 percent of the student’s time in the complete U.S.S.R. 10-year school. (Please read the complete entry on p. 57 of my book)

1985 My booklet Soviets in the Classroom, America's Latest Education Fad, written in 1989, documents how in 1985 President Reagan signed the  U.S.-USSR Educational Exchange Agreement with President Gorbachev of the Soviet Union, and the President of the Carnegie Corporation, David Hamburg, signed an agreement with the Soviet Academy of Science to "develop curriculum and restructure American education":


The agreements call for “cooperation in the field of science and technology and additional agreements in other specific fields, including the humanities and social sciences; the facilitation of the exchange by appropriate organizations of educational and teaching materials, including textbooks, syllabi, and curricula, materials on methodology, samples of teaching instruments and audiovisual aids, and the exchange of primary and secondary school textbooks and other teaching materials... [and] the conducting of joint studies on textbooks between appropriate organizations in the United States and the Ministry of Education of the U.S.S.R....

Why did the U.S. Department of State authorize the unelected, tax-exempt Carnegie Corporation, a long-time and well funded advocate of disarmament and “world interdependence,” to negotiate with the Soviet Academy of Sciences, known to be an intelligence-gathering arm of the KJB, regarding “curriculum development and the restructuring of American education”? Is it because “privately endowed foundations can operate in areas government may prefer to avoid” as stressed by psychiatrist Dr. David Hamburg, President of the Carnegie Corporation and chief negotiator for the exchange agreement, in an interview with the Los Angeles Times on June 12, 1987? [Read this in its entirety in Appendix XXIII of my book, pp. A-136-142]

1990 POLYTECHNICAL EDUCATION: A STEP by Robert H. Beck, was published. Beck was under contract to the National Center for Research in Vocational Education, University of California, Berkeley and was supported by the Office of Vocational and Adult Education through a U.S. Department of Education grant for $4 million. Had this report not cost $4 million in taxpayers’ money, one could dismiss it as just another effort by the federal government to keep its education researchers occupied. Why would the government spend such an enormous amount of money on a government project describing the Soviet polytech system unless the government was considering putting the same polytech system in place in the United States? [Read full report on page 272 of my book]

1995  In an article titled “RUSSIAN TEACHER REVIEWS WORK IN SAD 53” which was published in the January 12, 1995 issue of The Bangor (Maine) Daily News, which explains the extent of cooperation between Russia and the U.S. in school-to-work (planned economy) activities at the local level:

She offered an overview of the work she had done in the district over the past four months, spending two months with children in kindergarten through grade eight and the balance of her time at MCI.

She particularly enjoyed students who participated in her Russian humanities class who were “highly-motivated and eager students.”[MCI Headmaster] Cummings told the board that MCI will be the recipient of the School-to-Work funding in conjunction with the Maine Youth Apprenticeship Program.

The school could receive up to $8,000 to provide staff training to better integrate academics with the program provided by apprentices’ worksites. [Read full entry on pp. 345-346 of my book] 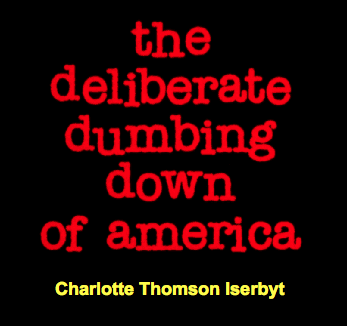 The above factual documentation comes from my book the deliberate dumbing down of america, which is available for a free download at my website: http://www.deliberatedumbingdown.com. Read it for yourself and see what sort of disinformation about Common (Communist) Core is going on.
Posted by Charlotte Iserbyt at 1:02 PM