What's It All About, Alfie? 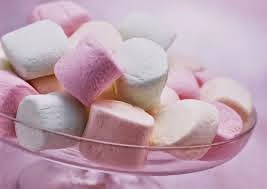 Below is a Commentary published in Ed Week by Alfie Kohn, which Anita Hoge has responded to with an open letter. First, an excerpt from Kohn's piece:

"Dispelling the Myth of Deferred Gratification: What waiting for a marshmallow doesn't prove," by Alfie Kohn, Education Week, Sept. 9, 2014:


"Traditional schooling isn't working for an awful lot of students. We can respond to that fact either by trying to fix the system (so it meets kids' needs better) or by trying to fix the kids (so they're more compliant and successful at whatever they're told to do). The current enthusiasm for teaching self-discipline and persistence represents a vote for the second option"

"The more effort we devote to getting students to pay "attention to a teacher rather than daydreaming" and persist "on long-term assignments despite boredom and frustration" (in the words of "grit" proponent Angela Duckworth), the less likely we are to ask whether those assignments are actually worth doing, or to rethink an arrangement where teachers mostly talk and students mostly listen."

"Underlying self-discipline and grit is the idea of deferring gratification—for example, by putting off doing what you enjoy until you finish your "work." The appeal to many educators of transforming kids from lazy grasshoppers to hardworking ants explains the fresh wave of interest in a series of experiments conducted back in the 1960s known as the marshmallow studies." [emphasis added] 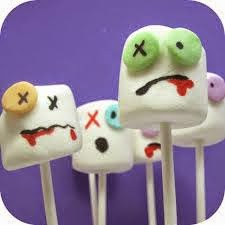 Fix the Kids, Really!!!
"Will schools control the conditions for success" is the question? Or, "Will schools TRY to control the conditions for success?" There are so many outside variables of why kids are motivated or not. The bigger question is a huge civil rights question, will we continue to allow this sort of research on children without informed written parental consent? Do we have the right to be left alone? Psychological probing and experimental psychoanalysis is not what schooling is all about, is it? Are we talking about changing personality traits? When Duckworth talks about grit and she's developed these assessment scales, what is she actually doing? Are we ready to remediate personality traits by "fixing the kids"? Are we assuming that non-cognitive measures will be included in the Common Core like the CCSSO has done called College Career Citizenship Standards where they refer to these standards as dispositions? Will we agree to David Conley's concepts of re-thinking the non-cognitve in school, or Hewett Packard's deeper learning? Will government have a standard for ethical judgment, honesty, responsibility or interpersonal skills? Who decides how much is too much or too little?

NAEP and ETS has always experimented in these 21st Century Readiness Skills, Affective Domain assessments. Oh yeah, now they call them workforce readiness skills. No big surprise here that NAEP has been deeply involved in testing attitudes and values in the affective domain. Perhaps we should ask them to reveal how these areas will be scored and which interventions would apply? Or, ask the Department of Labor in their SCANS reports how they will provide a proficiency level or the threshold for behavior change, for cooperation, ehtical judgment, honesty, or adapting to change? Or, ask the Pennsylvania Department of Education. They were the model for testing these NAEP attitudes, values, and opinions of kids. They called it Citizenship, too. Or, maybe it's the same as the CCSSO's Citizenship standards for the "proper" dispositions. ACT has included these "academic behaviors" or soft skills into their testing, too. Oh yeah, I forgot to mention. They had the SCANS contract to develop employability skills and the benchmarks for Common Core in the 90's.

Or perhaps we should just take Alfie's advice and try to improve the schools. The implications in the operant conditioning and manipulating children using reward and punishment (the marshmallow games) should be left to animal training. Dogs do very well with that. Pigeons do, too if placed on a proper schedule. Skinner would be proud. Perhaps if we had an electric shock and use it on Duckworth every time she uses kids for research without informed written parental consent, she might start to understand the meaning of parental rights. You get my gist. 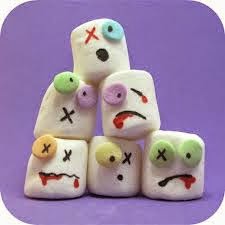 Posted by Charlotte Iserbyt at 11:15 AM