The Grand Dame Of The Common Core Revolt

A Tribute to Charlotte Thomson Iserbyt 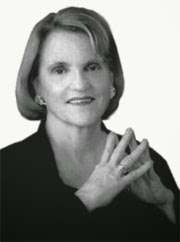 Charlotte Iserbyt.  She is a lightning rod in the field of education reform because she tells it like it is. Too often people don’t want to hear the truth.  But as Senior Policy Advisor in the Department of Education during the Reagan Administration, she saw first-hand what was being planned – what she coined “the deliberate dumb down.”

She’s frustrated that after several decades, conservatives just don’t seem to get it.  Can you blame her?

She has her ducks in a row.  We have been collaborators in this research for over 25 years now, and she is still going strong on her blog site, the ABC’s of Dumb Down, a mix of treacherous truth and her hilarious sense of humor, two of her higher order thinking skills she has fine tuned.  Behind the scenes and in front, she has provided the major background research that has connected the dots for so many new activists and moms and dads who have come and gone in the system and experienced that gnawing feeling “something’s wrong with education.”

She has urged us to dig deeper to learn more.   Many of the think tanks that have the funding to fight “common core” on a large scale owe what they know to this courageous woman.

Yet all too often she has been silenced.  Recently a popular libertarian talk show host assembled a formidable group of experts to appear on a national interactive presentation who advised everyone, “Stop calling it ‘communist core.’”

Nothing and no one stops Charlotte.  It is what it is.  The next day her column was all about, you guessed it: Communist Core. 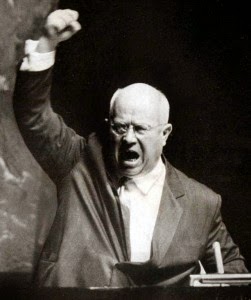 Maybe we need a course in Communism 101?  Marxism 101?  When I was growing up, communism had a very frightening face, at least to a young child.  His name was Nikita and he ferociously pounded and wildly waved his fists and shouted like a lunatic on our black and white TV screen.

And he had an ugly mole on his face.

I remember his promise:  “We will bury you!”  How could anyone ever embrace something so awful as communism?

Fast forward.  Last summer one of my dearest friends, an immigrant from the former Soviet Union, texted me with this short message: “I need your help.  I may need to home school my daughter.”

This talented former Russian rhythmic gymnast champion and her husband – an Olympic figure skater – came to the U.S. to get away from the communist system in the USSR in 1991, just after “perestroika” and “glasnost.”  It turns out they are now concerned about what they see happening here in America because it’s looking a lot like what they left behind.

I asked her what communism was like under the Soviet system.  “It was a big bureaucracy, the unelected commissions,” she said.  “It was the candidates that offered the most promises who were always elected.”  She continued to explain that  Stalin came to power because the corporations started collaborating with government, and then, like the spider to the fly, the government took them over.  The purpose of education became workforce training so government could manage and control the workers.  The schools did not allow the discussion of religion, and it was not allowed in other public settings either.  “People could go to church, but only the old people went,” she said,  “My grandmother believed in God and read the Bible, and I always remembered that.”

The bureaucracy.  Schools for workforce training.  Private corporations merging with government funding.  These were the hallmarks of the communist system.    Isn’t that what we are doing?  I call it the “Tweedle Dumb Down” of a once free-enterprise nation now embracing full-blown socialism.  Next stop: communism. 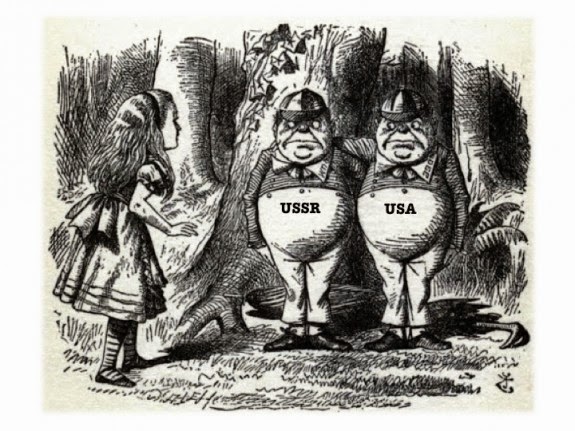 She ended with this warning: “The only difference between the old Soviet Union and the United States is that the U.S. still has a First Amendment that protects religious liberty, and a Second Amendment to protect the First. When those two go, this nation will be the Soviet Union, and they will be at your door to get your guns.”

Today this immigrant mother is a devout Christian.

Why is it that so many immigrants get it and we do not?  Obviously because they’ve lived it.  I lay the blame at the feet of the Leftist media and the Leftist agenda that have taken over the public schools and distorted U.S. history so terribly that three generations, including parents, trust the system and believe these fables.

“Americans are stupid.”  That’s what the Polish countess said that purchased our family’s Hollywood estate years ago.  It was her comment on the Hollywood Left.   Another immigrant gets it.

Don’t think it’s NIMBY either.  In 2009 seven Utah auto dealers lost their auto franchises when they received a letter from President Obama informing them he had seized their assets.  Grown men stood at a press conference at the Utah Capitol, some weeping and some calling it what it was “Communism!” 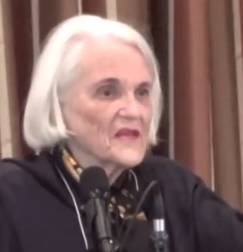 Recently a teacher at a Utah high school assigned the students in the AP History class to read from communist Howard Zinn’s revised American history text all about how the American founders were really the bad guys – endorsed by the history teacher.  All but one of the students believed her and came home to tell her parents.

When I was a young mom with children still in school, I called Charlotte in desperation because of the research I was compiling and what I was seeing.  I asked her what to do.  She told me, “Just get your children out of the system.  Home school is the only way.”  At that time I thought that was extreme and dramatic.  However, the more I researched from original documents from the U.S. Department of Education, which I copied from Charlotte’s files she stored in her barn in Maine, the more I knew she was right.  And the more I wished I didn’t know.  After attending so many curriculum and teacher development, government planning and negotiating meetings from local school districts all the way up to the United Nations, the more I encountered the Leftist, anti-religious and collectivist views and the more I became acquainted with the backgrounds of those crafting the curriculum and building the tests.

There is no doubt the Left has taken over the education system, but most Americans are completely unaware of it.  Or worse, they think that’s a good thing.  In the 1970′s my mother gave me a book called They Came In Peace, the first-hand account of an Austrian immigrant woman who wrote that the night the Russian troops crossed the Austrian border, people were attending the opera unaware of what was happening.  They were coming to bring “peace,” so Austria had been told.

I was shocked when Charlotte informed me that the pilot program for communist education was launched in Utah.  Again she was right, and I have a copy of the grant.  I was also stunned when conversing with Don Thomas in the early 1990s, the Utah educator that brought the idea of “participatory democracy” to Utah and set up the state with unelected “community councils,” very popular today.  I explained to him about how outcome-based education and the school-to-work plans were the communist education system,  and I went on about the education agreements between the US and the USSR.  Then to my surprise he invited me to accompany him on his next trip to Russia so that he could show me how much better that system was than the US system.

I suppose if you wanted education to be the workforce tracking system so that government could manage everything, that would be correct. 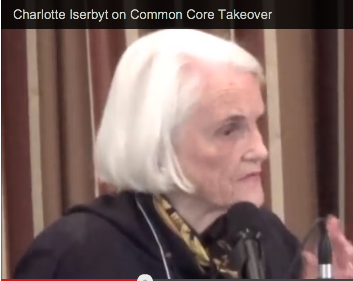 I couldn’t wait to call Charlotte.  Charlotte was right then.  And Charlotte IS right now.  So here we are.  How dare counterfeit conservatives tell her to shut up about calling it “communist core.”  It is communist, and it’s teaching students to be good little communists.  Perhaps if we say it enough, loud and clear, people will start believing it.

The fact is, the United States has been so socialist for so long, feeding students on marxist theory, few know what’s been left behind.  They’re all still “going to the opera.”  Those of us on the ground fighting these battles sometimes feel as though we’re living on a different planet from those whose free time is filled with football and Family Guy re-runs.

It’s good thing we have these immigrants and those who’ve been around long enough to remind and warn us.  We ought to pay attention to what they are saying.

It’s remarkable that a state governor – Louisiana’s Bobby Jindal –  has filed a lawsuit against the federal government for over-reaching its limits.  Charlotte can one-up him, though.  She’ll tell you why it’s not only common core, but the entire reform agenda regardless the name or label.  It includes the choice in education and charter school agenda he supports and it must be stopped because it will destroy – no, it IS destroying – private and religious education as well as our representative form of government.

So here’s Charlotte Iserbyt at her best, telling it like it is.  No one gets it as thoroughly and accurately as she does.  We owe so much of what we know from this one fearless woman, Charlotte Iserbyt.   Get ready.  Meet the Grand Dame of the “Common Core” Revolt.


Posted by Charlotte Iserbyt at 2:22 PM