WHEN CHOICE IS NO CHOICE

STOP AND THINK BEFORE YOU LEAP! 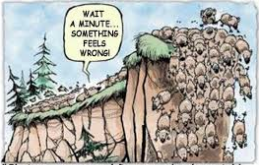 Steve Jobs was the father of two teenage girls and a son when he passed away in 2011.... 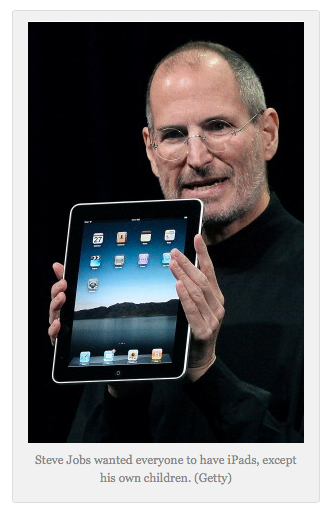 In an article in the Sunday New York Times, reporter Nick Bilton says he once asked Jobs “So, your kids must love the iPad?”

Jobs response: “They haven’t used it. We limit how much technology our kids use at home.”...

Chris Anderson, father of five and chief executive of 3D Robotics, pretty much defines why Anderson and his colleagues are limiting technology at home. “My kids accuse me and my wife of being fascists and overly concerned about tech, and they say that none of their friends have the same rules,” says Anderson, formerly the editor of Wired. “That’s because we have seen the dangers of technology firsthand. I’ve seen it in myself, I don’t want to see that happen to my kids.”

Some of these Silicon Valley engineers and execs are even going to the extreme of sending their kids to computer-free schools. A Times story from 2011 reported that engineers and execs from Apple, eBay, Google, Hewlett-Packard and Yahoo are sending their kids to a Waldorf elementary school in Los Altos, Calif., where you won’t find a single computer or screen of any sort. Also, kids are discouraged from watching television or logging on at home.... [bold added]


While their concern about technology is commendable - and telling - there is a CAUTION/RED LIGHT regarding their "choice" of a Waldorf (Anthroposophist) Rudolf Steiner school, which is praised in this article.


Although many parents are drawn to German philosopher,  Rudolf Steiner's occultist, New Age Education, they should google Waldorf in order to understand the history of Waldorf Education and understand the weird philosophy of Steiner before jumping into the Waldorf alternative. For instance, Waldorf Schools don't start the formal teaching of reading until students are eight years old (when they have their permanent teeth) and believe it or not, Waldorf Schools include taking children for walks in the forest where they can communicate with "gnomes." Waldorf schools are the "choice" of the New Age elite these days. Waldorf Schools are also a growing segment of the tax-funded charter school movement with unelected boards. See the article: "Fairies at the bottom of the schoolyard" (beware of foul language):

If you’ve never looked into the real background to Steiner (aka Steiner-Waldorf, or just plain Waldorf) schools, then you’re probably thinking ‘WTF? Aren’t they those hippy liberal schools in which young kids spend their formative years dancing, drawing pretty picture with natural beeswax crayons and communing with nature at a time when conventional education insists on force-feeding kids the three R’s?’

Well, if that’s you, then you obviously haven’t put any time at all into understanding the history of these schools or their founder, Rudolf Steiner.... Steiner is best known (in life) for his involvement in the occult Theosophical Society, the German chapter of which he lead from 1902 to 1913, until philosophical conflicts with the Society’s leader, Annie Beasant, over the spiritual significance of Christ and Beasant’s acknowledgement of the-then youthful Jiddu Jiddu Khrishnamurti, who Beasant [sic] believed to be the reincarnation of Christ, prompted to Steiner to split with the Theosophists and found his own occult organisation, the Anthroposophical Society....

...Steiner was also heavily involved in both Freemasonry and Rosicrucianism, all of which should give you the idea that there’s rather [more] to Steiner schools than their heavily sanitised public relations screed might seem to suggest.[emphasis added]


Keep reading, but be forewarned, the article's description of the occult beliefs and practices of Waldorf schools gets scarier and scarier...

It is interesting that the Silicon Valley parent elites are so concerned about the kind of education their children are getting that they are willing to send them to the low-tech Waldorf style of school. Why are these tech execs so desperate to keep their children away from the other alternative - the WORKFORCE TRAINING, COMPUTERIZED DUMBDOWN FOR THE UNWASHED MASSES?


Clifford Stoll, the author of Silicon Snake Oil: Second Thoughts on the Information Highway (1995), told The New York Times last year, recalling his own school days in the 1960s, “We loved them because we didn’t have to teach, and parents loved them because it showed their schools were high-tech. But no learning happened.”...

Reading programs get particularly bad reviews. One small but carefully controlled study went so far as to claim that Reader Rabbit, a reading program now used in more than 100,000 schools, caused students to suffer a 50 percent drop in creativity. (Apparently, after forty-nine students used the program for seven months, they were no longer able to answer open-ended questions and showed a markedly diminished ability to brainstorm with fluency and originality.)...

“Nobody knows how kids’ internal wiring works,” Clifford Stoll wrote in Silicon Snake Oil, “but anyone who’s directed away from social interactions has a head start on turning out weird.... No computer can teach what a walk through a pine forest feels like. Sensation has no substitute.”...

In Silicon Snake Oil Michael Fellows, a computer scientist at the University of Victoria, in British Columbia, was even blunter. “Most schools would probably be better off if they threw their computers into the Dumpster.”... The problem is that technology leaders rarely include these or other warnings in their recommendations.... [emphasis added]

Read the entire Atlantic Monthly article in my book the deliberate dumbing down of america, pp. 381-382. It is a real eye-opener!

Parental "choice"? They are caught between a rock and a hard place - 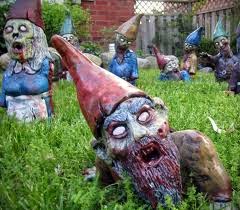 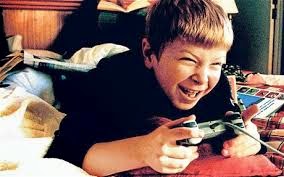 Or SILICON SNAKE OIL?
Posted by Charlotte Iserbyt at 11:34 AM