MORE MAJOR EDUCATION BLOWS
The previous blow to Catholics was, of course, the many Bishops’ embrace of Common Core for Catholic students. U. S. Prelates instilled Common Core into their Catholic classrooms under the banner of the National Standards and Benchmarks for Effective Catholic Elementary and Secondary Schools.  Such standards and benchmarks along with their rubrics and exemplars were formulated by change agents to teach Catholic students socialistic “social justice”, globalism, and a “Sustainability” agenda (U.N. Agenda 21?) all under such headings as 21st Century Learning Skills and “Best Practices”. (1)

Apparently under the sway of mostly Jesuit educators, the NCEA (2), and the Carnegie Foundation for the Advancement of Teaching and Learning, our Bishops have allowed radical changes in their Catholic classrooms through National Standards and Benchmarks based on Common Core Standards and laced with “Catholic Identity”. (3)  These standards also established the blueprint for governance and leadership for all aspects of the field of Catholic education, including personnel. 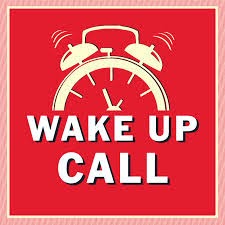 PAYING FOR GOVERNANCE
Now, Catholics are being asked to pay for this restructuring of K-12 Catholic education to meet national standards of governance and leadership affecting diocesan schools.  Catholics are being asked to contribute to local philanthropic foundations to support the overhauling of Catholic education, with the “contemporary context” of Common Core standards and progressive Marxist techniques.  Grand plans for funding and governance are now taking hold in many dioceses, as presented in the 2011 report, Sustaining Urban Catholic Elementary Schools: An Examination of Governance Models and Funding Strategies. (5)

In 2006, the United States Council of Catholic Bishops (USCCB) called for support for the entire Catholic education system, with assistance from Catholic higher education, the philanthropic community, and the federal government. In 2007, the Carnegie Foundation for the Advancement of Teaching and Learning met with Catholic educators, university representatives, the NCEA, and philanthropists. That meeting helped to set in motion top-down governance, Common Core-based education, and radical changes. Major institutions named in the “Sustaining Urban Catholic Elementary Schools” are part of the same nexus that met with the Carnegie Foundation in 2007. They now appear to be spearheading these governance and funding initiatives.

According to this report, the NCEA, Catholic Universities, Boston College, and the University of Notre Dame/ACE are providing various kinds of leadership in the areas of “best practices” in K-12 education and improved “outcomes” (Marxist Outcome Based Education). The NCEA disseminates local innovative approaches to governance, finance, and other critical domains of schooling. They also have programs for the development and management of schools boards and leadership training for all school personnel.

The following report from an organization imbedded within the NCEA gives us more details. The School Boards and Effective Catholic School Governance: Selected Presentations for the 2012 Catholic Higher Education Collaborative Conference (6) shows how standards for effective governance (Outcome Based Education) of Catholic Schools and school boards are being formulated for control from the top down.

The report also states that appointing the right kind of board members, such as those who are community organizers, avoids the trap of believing the board is strictly the domain of parents. The goal is to develop “Community-Driven” school boards. The purpose of the Board is for finance, development, enrollment, and facilities. Really? Is all this restructuring why parents can’t get their voices against Common Core heard?

Philanthropists have become intricately involved in decision making for schools and dioceses.  Philanthropic organizations such as the Bill Gates Foundation and the Walton Foundation have contributed to various Catholic school innovations, including workforce training Charter schools. Governance strategies for dioceses and parish schools include control and accountability tools to assure “Best Practices” and Common Core-based standards with testing and assessments for the students. In addition, for-profit consulting groups have afforded dioceses management strategies, consultation to individual schools, large-scale planning for school reconfigurations, and institutional management.

The term “partnershipping” is also applied to parents. Parents become just one of many community partners or “stakeholders” to form community governance for students. Even though Catholic parents are, by Catholic definition, FIRST educators, they will have a meager voice, if any, with regard to their child’s education, which includes training the “whole child” in spiritual, emotional, mental, social, and behavioral outcomes (Marxist and socialistic outcomes?). In other words, “it takes a village” to train not educate. 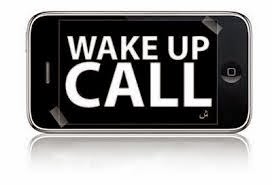 THE GOALS
The stated goals for funding and governance strategies are to fill empty seats in Catholic Schools, assist Catholic parents with tuition, and it appears to establish or expand community-type “services” and “partnerships”.  Fund-raising efforts to sustain authentic Catholic schools and help needy Catholic students are truly laudable goals. The problem is that the money being raised is not for authentic Catholic education. The money will be used to restructure and consolidate governance which, among other top down control mechanisms, locks Common Core-based education into over 100 dioceses and all their schools: Parish, Choice, Mission, Charter faith-based, or inner city schools including “Partnership” schools.

Furthermore, the Boston Report recommends the “relentless” pursuit of government “Choice” (Tuition Tax Credits and Vouchers) and ESEA Title funding for education, which will assure government strings of control. Charter schools with unelected boards remove any hope of local control.

It is surprising to learn that Phyllis Schlafly, legendary head of Eagle Forum who is fighting Common Core, also supports “Choice”. In a recent interview posted on World Net Daily (7), she declared that she thought that she had invented Choice and she continues to favor it.  Mrs. Schlafly also states that Charter Schools with unelected school boards have destroyed Catholic Schools. In light of this devastating observation, has she lead her Eagles in a battle to fight against unconstitutional and destructive Charter Schools?  In fighting Common Core without exposing the dangers of ever-expanding Common Core Choice and Charter schools, how does one expect to win the battle against Common Core at all? When will Catholics, who support Choice and Charters, realize that what government funds, government eventually runs and controls? 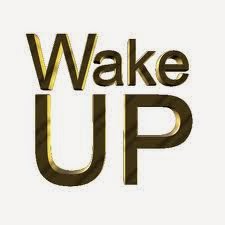 SEEKING “TOP FUND RAISERS”
And now, to add insult to injury, parents and other Catholics are asked to supply funds for these all- encompassing governance plans. Catholic arch/dioceses have now engaged powerful outside foundations and organizations to raise funds to help pay for restructuring of school systems. At least one of these foundations pre-screens wealthy Catholics who are then solicited for large donations. Regional foundation boards consisting of local Catholics have been formed to further solicit donations from fellow Catholics. Fund-raising campaigns can also be applied at the parish level.

ARCHDIOCESE OF ST. LOUIS
The drive for funding for governance and restructuring appears to be taking place in the Archdiocese of St. Louis.  The Alive in Christ, Mission Advancement Initiative plan was launched in St. Louis several years ago. This six-year plan, including Common Core, has seemingly many of the governance plans described in the various reports cited above. Sister Karen Tichy, Ph.D., Assistant Superintendent of St. Louis Archdiocesan Catholic High Schools, is quoted in the Boston College report, so probable familiarity with this report as well as many others, and the implementation of such reports in the St. Louis Archdiocese would not be surprising.

The St. Louis Archdiocese has “Implementation Committees” to put their four-pronged program into effect. This Mission Advancement Initiative has the earmarks of the public schools’ PPBS (planning, programming and budget system), placed in all public schools in the 70’s to attain uniform (common) standards and outcomes.

To assist the Alive in Christ plan, the Archdiocese has introduced The Roman Catholic Foundation of Eastern Missouri for the solicitation of funds to help support their plans. Fine and upstanding local Catholics have been appointed to the board of this foundation which, in turn, is being supported by outside, highly trained experts to help obtain funds. There are, or have been, three outside groups assisting the Archdiocese’s fundraising plan: the Omeara-Ferguson group, Changing Our World, Inc., and the Cathedral Foundation.  Regarding the international fund raising group, Changing Our World, Inc., one can go to their web site to learn about their endeavors. It is important to note that they use the Boston College report as one of their resources.

“Major Action Steps:
1. Create a process which makes all schools which receive Archdiocesan funding accountable for pursuing any government funding for which they are eligible. (Emphasis added)
2. Work with the MCC [Missouri Catholic Conference, Ed.] and other stakeholders to determine the most productive long-term strategy to increase the amount of public and private funding available to the mission of Catholic Education in all of its forms…” (9)
[An example of this was the failed Tuition Tax Credit “Children’s Education Initiative” to obtain public funding. It was initiated and promoted by the Missouri Catholic Conference and the St. Louis Archdiocese. Ed.]

The St. Louis plan also calls for “student exchange” programs between schools with different racial, ethnic or socio-economic tensions in local communities. Will this also incur further government funding/control? To see the overview of the St. Louis program, including the proclamation of the Common Core curriculum, go to:    http://archstl.org/alive/page/superintendents-presentati 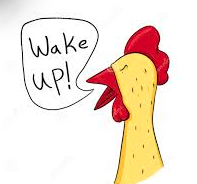 ARE THERE ALTERNATIVES?
Yes! The good news is, in order to avoid these national governance plans for Common Core and their brainwashing tactics, parents are now removing their children from Catholic schools and are home schooling instead. Other Catholic parents have started their own authentic and privately run Catholic schools.

*[This is not the first foray into restructuring of Catholic parishes. In the late 70’sand early 80’s, restructuring took place through the efforts of change-agents including the radical Marxist, Saul Alinsky, his community organizers, and Catholics, who in addition to being advocates, afforded finances to Alinsky and his followers. These radicals introduced “Parish and Corporate Renewal” across America using behavioral tactics of Marxist Benjamin Bloom]. (11)