T.H. (Terrell) Bell served as Secretary of Education during President Ronald Reagan’s first term in office, 1981–1985, and also served as Commissioner of Education in the U.S. Office of Education during the Ford Administration. There is no question in this writer’s mind that this one man bears much of the responsibility for the deliberate dumbing down of our schools. He set the stage for outcome-based education through his early support for systems management, management by objectives (MBO), and Planning Programming Budgeting System (PPBS). These systems later evolved into full-blown Total Quality Management/OBE, having gone through the initial stage of Professor Benjamin Bloom’s mastery learning and ending up as William Spady’s transformational OBE.

Outcome-based or results/performance/competency-based education requires mastery learning, individualized instruction, systems management, and computer technology. Bell’s earlier activities in the seventies as U.S. Commissioner of Education—including his role in supporting dumbed-down life role competencies for K–12... and Bell’s testimony before Congress in favor of a U.S. Department of Education— should have kept his name off any list of potential nominees presented to President Reagan.

Concerns regarding this nomination expressed by Reagan supporters were proven well founded when Bell, in 1984, funded William Spady’s infamous Utah OBE grant which promised to (and did) put OBE “in all schools of the nation”; spearheaded the technology initiative in the 1980s; predicted that schools would be bookless by the year 2000; recommended that all students have computers; and fired Edward Curran, the Director of the National Institute of Education, when Curran recommended to President Reagan that Curran’s office, the NIE, be abolished.

According to a former member of the Utah Education Association, who was a close associate of Bell’s in the early 1970s, if the Senate Committee that confirmed T.H. Bell as Secretary of Education had read Bell’s book, A Performance Accountability System for School Administrators, it is unlikely Bell would have been confirmed. 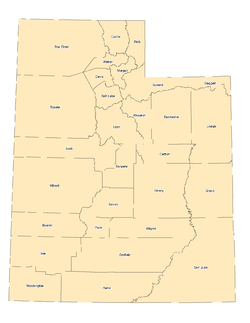 Cherilyn Eagar, of the 3D Research Group, provided the following Utah document to me in the mid-1980s. It is reproduced in its entirety below.

1975 Picked as the median year for the federal government to give the Department of Education Cabinet level status.

1980  Hypnosis and medical technology to be used to remove learning barriers.

1985 75% of schools to have access to a regional or state computer for computer-aided instruction.90% of public schools will operate on a year-round basis.
90% of the state school boards to enter collective bargaining.
Property tax will cease to be the primary source of funds for school operation

2000  50% of the homes to have learning centers where children can go to school and not leave home.
1-10 student-teacher ratio in 80% of the primary grades.
Reorganization of high schools in 75% of the states requiring 2,000 students.
75% of the states to reorganize school districts without regard to city or county boundaries.

2010  Federal government to provide 75% of the funds to operate schools.

2070  Invention of the "brain machine" that will teach by electronic stimulus.

2075  Equality in education as the result of background equality.

2500  75% of the states to have "central office" activities located in a state office.
Industry to contract for 90% of the vocational education training of students (ages 16-40).


Also in the 1970s, A Performance Accountability System for School Administrators by T.H. Bell was published in 1974 (Parker Publishing Co.: New York). Here he outlined the master plan for education reform:


The Need for a Management System
Under the pressure of the free-enterprise system and the unremitting demand that large corporations earn profits and pay dividends to stockholders, management efficiency through orientation to results has led to development of management systems such as the one described in this book. Most of the successful corporations in the United States now use annually adopted objectives as a means of focusing the energies and efforts of managers on the attainment of goals that are widely known and broadly accepted. Although the problems of educational management are obviously quite different from those of the private sector, there is much to be learned from industry’s systems approach in gaining more efficiency in educational management. The outcomes are quite similar. (p. 21)

Why Needs Assessments?
As a people, Americans have turned from a preoccupation with production and plenty to a concern for the quality of human life in this nation. We have moved beyond the point where production of the necessities for existence is a concern. We want a rich and meaningful life and we want equality of opportunity for all citizens.

Drug abuse, juvenile delinquency, lack of respect for law and order, coping with environmental damage are all problems with which education must be concerned in this new era of social awareness and public concern for the success and happiness of all. These enormous demands call for systematic attention to the performance outcomes of the schools and colleges of the nation. Since we have so many problems and since our resources are limited, it is essential that we look at the performance of our educational institutions and establish a hierarchy of priorities…. We should seek to solve the problems that are causing the greatest amount of difficulty and unrest across the nation. We should seek to solve the problems whose solutions will both stimulate the economy and free the public from the burden of supporting citizens who are unable to support themselves. We must, in short, assess our educational needs before establishing our objectives and setting into action leadership and management plans. (pp. 32–32)

Use of Tests in Needs Assessments
The economic, sociological, psychological and physical aspects of students must be taken into account as we look at their educational needs and accomplishments, and fortunately there are a number of attitude and inventory scales that can be used to assess these admittedly difficult to measure outcomes….

Most of these efforts to manage education try to center in one place an information center that receives reports and makes available to all members of the management team various types of information useful to managers….

School management by objectives demands more use of educational tests and measures (pp. 33–35).

The Student and Staff Personnel Profile
A departmental or school student and staff personnel profile, constructed from needs assessment information, will provide information in greater depth than is typically found in most school or college operations. The characteristics of the student populations being served and the social, economic, racial, and ethnic make-up of the community or neighborhood must be weighed in making assumptions on performance expectations. An objective, expressed in anticipated performance results, must take into account the characteristics of the students, the neighborhood and community. (p. 42)

Humanizing Education
Many of our current problems of alienation and depersonalization are at least partly traceable to our emphasis in our schools upon giving and getting information and our neglect of the discovery of meaning and humanization. The committee writing the 1962 ASCD Yearbook listed common school practices that have depersonalizing and alienating effects:

This clearly invalidates our conception of a successful student as one who simply graduates with a degree and a high grade point average—a molded, shaped figure ready to slip away from life and learning into the split-levels and station wagons of suburbia. (p. 161) [emphasis added]


Portions of this post are adapted from Appendix IX in the deliberate dumbing down of america. For more information about Terrell Bell and his key role in education reform, see the Index of the book.
Posted by Charlotte Iserbyt at 2:24 PM