The Camel's Nose Under the Tent

The Hidden Dangers of Vouchers, Tax Credits,
and Other So-Called "Choice" 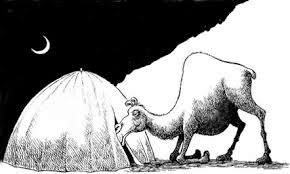 “Choice will be a critical element
in education reform
for years to come.”
-Pres. George H.W. Bush


In 1991, Virginia Birt Baker, one of the original (1970s) pioneering homeschooling parents, wrote a paper titled "Educational Choice—The Education Voucher, Tax Credits, and the Nonpublic Schools” that explains very clearly that educational “choice” is a Trojan Horse carrying government control of all schools and schooling.

Note how Tuition Tax Credits, Vouchers and Charters are all interconnected in this "Choice" agenda, which will wipe out truly private education. Here are some excerpts from Baker's report:


“Education is an emotional issue,” he said. “We’re staying away from the word ‘voucher’ because ‘educational choice’ sounds a little more palatable to parents. Educational choice is giving students and their parents a voucher... and we want to mobilize a significant number of people... to get the camel’s nose under the tent.... We’ve got to prepare for the long term… so we can strengthen our position and that of our friends.”

So reported a leader of a covert “new right” Dallas think tank at a recent White House Conference on Education. The pro-choice activists are vociferous proponents of tuition tax credits and the education voucher, and we wonder why they want to “improve the schools’ and parents’ attitudes” by confounding our intellectual inquiries with an emotional and illusory word change.

The Associated Press has reported that... President George Bush said, “Choice will be a critical element in education reform for years to come.” This recent upsurge in support of “choice” and the voucher program is nothing new and deserves closer scrutiny by parents and especially by private and home school patrons.... 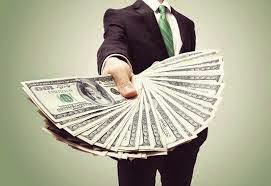 The Private School Trap—
To parents who have been paying taxes to support government schools, it sounds wonderful to be able to choose the better school not necessarily in their neighborhood. To parents who have been paying taxes to government schools and paying the tuition costs to send their children to private schools, a tax break or a government-paid incentive would be a welcome relief from financial strain, seemingly encouraging a sort of free-market approach to education. But stop and think: The state has its fangs into private and home schools now; what will it be like when schools are recipients of “choice” money?

The truth of the matter is, once private education accepts tuition tax credits/vouchers it can no longer remain “private,” because through government regulations, it will be forced to become one and the same with its public counterpart. [Excerpted from the deliberate dumbing down of america, pp. 288-289, emphasis added] 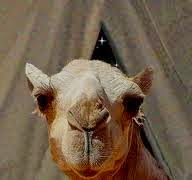 Posted by Charlotte Iserbyt at 6:45 AM