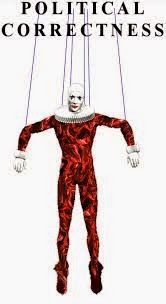 Be sure to read the following article by Stephanie Block:

Below are some key excerpts:

A fascinating discussion of racism, as a long-standing institution of “systemic, race-based privilege in America,” has been conducted for the past 15 years in education circles at an annual event called the White Privilege Conference (WPC)....

What do these students and educators learn?

White privilege theory – as presented in a Progressives Today undercover video about the 2014 conference – argues that “white racism is institutional, structural and pervades all aspects of American society… it is the deliberate invention of capitalists who goal is to keep labor divided along racial lines.”

Berkley Law Professor, John A. Powell, argued in his keynote address[v] that “modern capitalism is the consequence of flawed concepts dating to the Age of Enlightenment – concepts such as individual rights, reason, logic, and the scientific method.  He rejects these ideas as white constructs and impediments to a better society.”....

How does white privilege theory trickle down into the classroom, particularly with young children?

In Rosemary Colt and Diana Reeves’ workshop,  fellow teachers were encouraged to find opportunities to “insert social justice, anti-racist  information for even little kids to understand” in their lesson plans.  They show worksheets that they give their students.  One question asks whether the Constitution “works equally well for everyone.”  “No,” one student answers as he’s been taught, “because some people have different beliefs” ....


Stephanie Block is the author of the four-volume 'Change Agents: Alinskyian Organizing Among Religious Bodies', available at Amazon.
Posted by Charlotte Iserbyt at 1:41 PM