So What Else Is New?

High-school history teachers nationwide will give their top students a dark retelling of U.S. history this fall, courtesy of the College Board, a nonprofit college readiness firm led by Common Core architect David Coleman....

Peter Wood, president of the National Association of Scholars, calls the new AP U.S. history framework “a briefing document on progressive and leftist views of the American past,” one which “weaves together a vaguely Marxist or at least materialist reading of the key events with the whole litany of identity group grievances.”...

“Leaving aside its very leftist bias, it is a very poorly written, unprofessional document,” said [Larry] Krieger, adding he found it “boring” and “dispiriting.”...

The College Board’s new history curriculum for AP students “does commandeer how history is taught,” said Robbins, a senior fellow at the American Principles Project.

Instead of following state-mandated history guidelines, AP history instructors will “teach to the test” to ensure that students do well on the AP U.S. history exam....

Teachers “can’t really focus on state standards,” she explained, “because that is a whole different body of knowledge, in most cases, so the AP course therefore will replace the history standards.”

And the impact of the new curriculum will go beyond AP classes, Robbins said, since most AP history instructors teach other students as well.

“It’s very likely that whatever is taught in the AP class is going to be taught to some extent in the other history classes,” she stated.“So this is actually a quite effective way of changing what’s taught in history classes all over the country, in both public schools and private schools.”... [bold added] 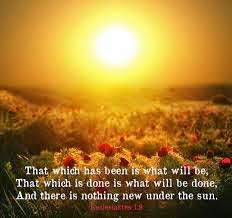 All of this is simply history repeating itself all over again. This is the same old agenda we saw in the 1980s... and earlier. Below are some key excerpts from my book the deliberate dumbing down of america:

IN 1984 JACQUELINE LAWRENCE GAVE TESTIMONY BEFORE THE SUBCOMMITTEE ON EDUCAtion, Arts and Humanities of the Senate Committee on Labor and Human Resources which held hearings on Senate Joint Resolution 138, a bill establishing a commission on teacher education. Excerpts from Mrs. Lawrence’s testimony follow:


My name is Jacqueline Lawrence. I am a parent from Montgomery County, Maryland.… Prior to the 1960s, American public schools placed major emphasis on the intellectual development of our children, on their mastery of basic skills such as reading, writing  and mathematics. Competency in physics, biology, chemistry, and chronological factual history was required. Cognitive learning and scholarly objectivity were stressed as the basic approach to education at all levels. As a result, our nation produced a large, well-educated middle class—our greatest strength.

[Ed. Note: Mrs. Lawrence’s comments regarding the “major emphasis on intellectual development prior to the 1960s” remind the writer of a scholarly ancient history textbook used in a high school history course at the Rockland, Maine District High School as late as the early 1970s. (It took awhile for the change agents to penetrate a fishing community on the coast of Maine!) The textbook written by Professor James Breasted, an Egyptologist and Semitic scholar, is a fascinating and extremely well written history of Ancient Greece, Egypt, etc., with few black and white photographs, quizzes at the end of each chapter, and text written for college level students. That was only 25 years ago! It would be virtually impossible to find a textbook of that scholarly level in public high schools or in most colleges today. This writer has nothing but a feeling of tremendous sadness pondering the vapid education landscape Americans seem so willing to accept for their offspring. It is my constant hope that American apathy in this regard is due to their not knowing what has happened, and that once they know, they will—all of them—collectively and individually attempt to reverse this situation.] (p. 206)

IN 1972 THE NEW YORK TIMES CARRIED A LENGTHY FRONT PAGE ARTICLE ON APRIL 30 BY William K. Stevens entitled “The Social Studies: A Revolution Is on—New Approach Is Questioning, Skeptical—Students Examine Various Cultures.” This article explained the early history of the twenty-six-year controversy which has raged across the United States between those desiring education for a global society versus those desiring education in American History and Western Civilization; i.e., the question of “social studies” versus traditional history, and “process” education versus fact-based education. Excerpts follow:


When C. Frederick Risinger started teaching American History at Lake Park High School near Chicago, he operated just about as teachers had for generations. He drilled students on names and dates. He talked a lot about kings and presidents. And he worked from a standard text whose patriotic theme held that the United States was “founded on the highest principles that men of good will and common sense have been able to put into practice.” 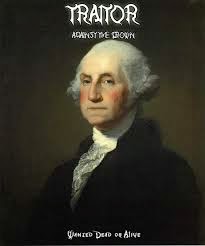 In 1946: Community-Centered Schools: The Blueprint, Montgomery County, Maryland Schools, as proposed by Dr. Nicholaus L. Englehardt and Associates, Consultants, and written by Dr. Walter D. Cocking (New York City: April 1, 1946). This was probably the most important blueprint for the nation, although The Hawaii Master Plan [see 1969] certainly follows in its footsteps. Dr. Paul Mort’s statement below is right on target. It took exactly fifty years to implement “The Blueprint” in every school of the nation. Letter of transmittal states:


[The] program should be put into operation gradually… and Dr. Paul Mort and others have accumulated evidence which shows a period of almost fifty years between the establishment of need (need assessment, etc.) and the school programs geared to meet it. (Appendix 1, page A-5) 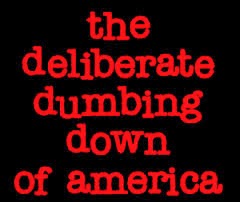 Posted by Charlotte Iserbyt at 5:49 PM