SOCIAL JUSTICE IN THE SCHOOLS

The ultimate goal of Social Justice (Marxist redistribution of wealth) is spelled out  clearly on page 17, Conclusions and Recommendations, Report of the Commission on the Social Studies, American Historical Association, 1934, funded by the Carnegie Corporation. Book available (free download) at American Deception.com.

"In any event the Commission is convinced by its interpretation of available empirical data that the actually integrating economy of the present day is the forerunner of a consciously integrated society in which individual economic actions and individual property rights will be altered and abridged." 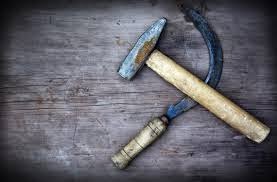 How is “Social Justice” being taught in your school?

Social (Legal) Justice is one of the three legs of a stool required to establish and balance a true Social Order. The other two legs are Distributive Justice and Commutative Justice.
The term Social Justice was first coined by a Catholic priest, Taparelli D’Azeglio, decrying the injustices of the French Revolution and the Reign of Terror. It was also used as a Socialistic term. Today it has been incorporated into the language of Marxist thinkers aided by socialistic and humanistic psychologists to change society.


The idea of social justice within a more political context goes back a long way. In 1848 the Society of Fraternal Democrats, an international body that rubbed shoulders with Karl Marx and Friedrich Engels, published a veiled threat against the British system;

Marx and Engels fleshed out their “science of socialism” during the same time frame as Luigi Taparelli D'Azeglio’s “social justice.”   And The Communist Manifesto …published the same year that the Society of Fraternal Democrats called for social justice. Under Communism, wealth redistribution was to be used for social ends. In this structure, private property for personal gain was viewed as the cornerstone of the class system, and was seen as the cause of social injustices and strife. Wealth redistribution, therefore, was aimed at producing a society where all people were economically equal. Hence, the abolition of bourgeois property (that of the capitalist class) was the key to Communism. (1)

If only the Common Good of Social Justice were taught in school without the other two essential justices, then wouldn’t that be Marxist Social Justice?

Which brand of Social Justice is being taught in your school?
The term Social Justice is not just in the schools. It appears to have become a banner which is waved in many segments of society today. It’s proclaimed by global governments, politicians, communities, and many churches, as well as schools.


“For generations there has been an activist side to the idea of wealth redistribution. This popular front, with a web of splinter groups, organizations and fellow travelers, used “social justice” as the rallying cry for cultural transformation. In fact, this movement is very much alive today, and continues to use the term as an effective banner. These social justice flag wavers have been the most vocal preachers of Collectivism; the followers of Karl Marx, Lenin, Stalin, Mao, Castro, and dozens of other socialist and communist leaders.” (2)

Most recently these people, who are rallying  behind the cry for Social Justice, have come together under the banner of Sustainable Development and UN Agenda 21.

Remember, Common Good (Social Justice) is just one of the three requirements for a just society. It must be accompanied by the other two types of Justice in order to form a genuine and harmonious Social Order. Otherwise it’s Communism. 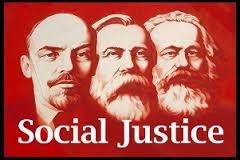