A Victory for Sanity...

Croatia Boots Out Sex Education
The above article from May 2013, reported on the influence of our friend Dr. Judith Reisman, who is the author of several books exposing the fraud and horrific practices of Alfred Kinsey, as well as the dangers of modern "sex education" curricula. Here is a summary of the Croatian victory:


As I have written in my previous posts (see links at end of this article) the sex education curriculum imposed in Croatia early this year saw a nation bitterly divided on issues covered in the curriculum; it saw the Croatian TV journalist Karolina Vidovic Kristo lose her TV show “Picture of Croatia” and suspended from duties because she offered the public information that the new sex education curriculum could contain aspects tied to research of Alfred Kinsey and pedophiles and saw dr Judith Reisman publicly ridiculed and vilified by certain pro-government persons during her visit to Croatia in support of journalist Karolina Vidovic Kristo.

What a great day for Croatia: the whole government imposed curriculum on sex and health education has been booted out of schools! A great lesson for the government and politicians that one cannot impose and keep imposing upon people that which goes against the grain and morality of the people, of the parents of children who are to be educated. [bold added] 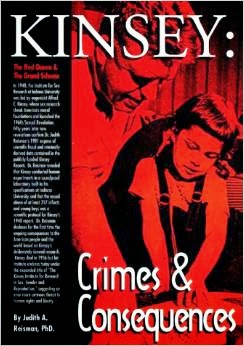 I was amazed to find the following fairly sensible thinking related to homosexuality being abnormal in UNESCO's book Education and Mental Health, which I purchased due to my need for research on UNESCO's role in initial support for many of the values destroying programs funded by my old office in the U.S. Dept. of Education.   Education and Mental Health, W.D. Wall, UNESCO, 1955,  page 293, does refer to the work of the psychiatrist, Dr. Edmund Bullis, and his lesson plans entitled  "Human Relations in the Classroom" about which we wrote in the Updated/Abridged version of the deliberate dumbing down of america, 2011, available at Amazon.com.

Sometimes support for traditional values, albeit expressed in extremely weak and lukewarm terms, comes from very, very unusual (unlikely) sources, such as UNESCO (the United Nations Educational, Science, and Cultural Organization) which has been responsible for so many of the outrageous values destroying mental health and sex education programs in the schools! Maine's State Health Education Program (SHEP) which used The Berkeley (CA) Model, 1976, referenced UNESCO over and over, and called for 12th grade students to understand the THREE types of sexual intercourse: man and woman, man and man, and with animals!

The following quotes taken from Education and Mental Health, page 204-205, Problems of Secondary Education, by W.D Wall, UNESCO, Paris, 1955. The following comments are fascinating since they evidently reflect the views of UNESCO, the most  pro-world government and pro-destructive humanistic values organization in the world in 1955... sixty years ago!  The comments are quite laid back and couched in non-judgmental/non-authoritarian language. However, they are, in my opinion, clear as crystal.


Danger only arises when one of the parties is abnormal, maladjusted or unsatisfied.  There is the possibility that a homosexual fixation may result or a serious sexual shock may occur if a young boy is seduced by an older homosexual man or by a senior boy who has homosexual leanings. Even however when such a seduction occurs, if the victim is himself secure and even moderately well adjusted, he is likely to pass through it with little ultimate damage--provided his parents or any other adults who may become involved treat the matter with skill and restraint, rather than, in their horror, piling up guilt and fear in the child's mind.  The single sex boarding school is, of course, peculiarly liable to give rise to such problems; but a sensible and understanding watchfulness on the part of a staff who are themselves mentally healthy, and who do not read into the actions and feelings of adolescents more than is really there, is the best preventive measure. Adolescents who are living a full, interesting and satisfying life are in little danger of developing sexual abnormalities."

So, UNESCO in 1955 appears to have agreed with the majority of the world's population that homosexuality is abnormal. In other words, this lifestyle is NOT normal. 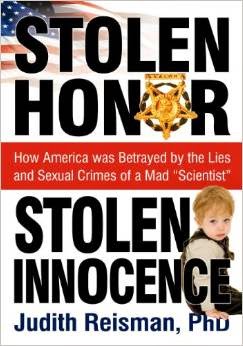 I wonder how UNESCO would have dealt with this type of incident in 1955 compared to the UN's and other NGO's lack of concern and tolerance of such activities in 2014. "Gay Founder of Human Rights Campaign Arrested for Raping a 15-year old Boy," By Matt Barber, Nov. 21, 2014:


Yet another high profile "gay" activist has been arrested for homosexual assault on a child. This time authorities caught one of the big fish (a rainbow trout?): Terrence Patrick Bean founded the "Human Rights Campaign" (HRC), which is one of the world's largest, wealthiest and most powerful anti-Christian organizations. HRC was developed for the sole purpose of pushing the extremist homosexual political agenda. Bean is also a major player for the DNC and a big Obama supporter.

Yet another reason for readers to get themselves copies of books by Dr. Judith Reisman! Be sure to read my earlier post "DELIBERATE GLOBAL PERVERSION"