STRAIGHT OUT OF A SOVIET COMMUNIST TEXTBOOK!

“The kids who come to us are a clean slate....
It’s the adults who have to be retrained.”

Read the following article and learn how parents are being retrained -- but not just in math skills! "Common Core math can be a mystery, and parents are going to school to understand it," The Washington Post, November 1, 2014:


Most U.S. public school students are learning math very differently than their parents did, due to Common Core State Standards, national K-12 math and reading benchmarks that have been adopted by 43 states and the District of Columbia....

Rochester is one of many school districts across the country teaching parents the new Common Core math in addition to their children. From New York to California, school districts are holding special math sessions for parents and caregivers, sending home “cheat sheets” and offering homework hotlines answered by math teachers, all in an effort to explain and demystify the new approach.

“The kids who come to us are a clean slate,” said Jennifer Patanella, an instructional coach with the Rochester public schools. “It’s the adults who have to be retrained.”

In April, comedian Stephen Colbert ripped into an example of a math problem that had lit up the Web after it was posted on Facebook by a frustrated North Carolina father. The homework problem showed a horizontal number line with a series of half domes scribbled on top and said “Jack used a number line below to solve 427-316. Find his error. Then write a letter to Jack explaining what he did right and what he should do to fix his mistake.”...

The parent who posted the math problem, Jeff Severt, wrote the note required by the problem: “Dear Jack, Don’t feel bad. I have a bachelor of science degree in engineering which included extensive study in differential equations and other higher math applications. Even I cannot explain the Common Core mathematics approach, nor get the correct answer. In the real world, simplification is favored over complication.”

Then, he solved the problem using simple subtraction, which he said took less than five seconds, to come up with the answer: 111. [all emphases added]

Be sure to watch this Khan Academy instructional video linked to above! It is embedded in The Washington Post article. Many of us recall heated discussions with our children at the dinner table in the 70s.  "Heated" since our children were getting the New Math and teachers were not allowing them to do math the way we oldsters learned it. Is this not a form of "mental cruelty" or what? Here's what a few of my fellow researchers have to say:

Maybe they are psychopaths who delight in humiliating others, and/or maybe they just take perverse satisfaction in seeing how far they can go manipulating parents who put their blind trust and even their children in their care? Yes, I’d describe it as cruel; it might also be very sick. ~Martha


These kids will NEVER get, and or hold jobs!!! If they bring that crap into my business to waste my valuable resources and time, and worst of all money, they wouldn't last the day before they were looking for another job.... It's bad enough that I have such a terrible time finding good attitudes and behaviors. Now I won't be able to teach them skills either because they will be unteachable by the time they get to me.~Jake 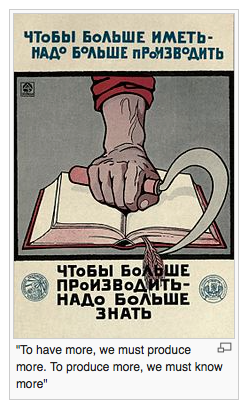 A lot of people are charging 'mental cruelty' as  even people with advanced engineering degrees are decrying the nonsense methods being used to confuse the kids when simple math would do the trick.~Jane

This deliberate math dumbdown is not new. Previous posts have been written on this blog about it:
Note the title of this publication: SOVIET EDUCATION PROGRAMS: FOUNDATIONS, CURRICULUMS, TEACHER PREPARATION, which was published in 1960 under the auspices of U.S. Department of Health, Education and Welfare.[1]

The United States is adopting the Soviet polytechnic system.[2] The controlled “Pavlovian conditioned reflex theory” being discussed is the Skinnerian mastery learning/direct instruction method required in order to implement outcome-based education and school-to-work (See October 2014 on my blog under the "Skinner Horror Files.") Here are a few excerpts from the Soviet Education Programs publication:

The ideas and practices of Soviet education form a philosophy of education in which the authoritarian concept predominates.... 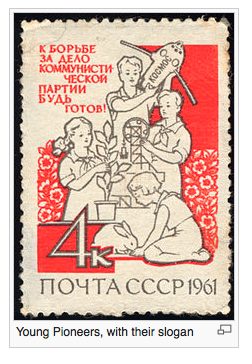 The curriculum is unified and is the same for all schools throughout the U.S.S.R.....


Major efforts of U.S.S.R. schools during the past 30 years have been to train youngsters for the Government’s planned economic programs and to inculcate devotion to its political and social system....

Soviet patriotism—fidelity to the Soviet land and to the ideas of communism—occupies a leading place in this educational conditioning, and in this sense gives the school a political character as well as a moral one. Employing primarily the conditioned reflex theory as elaborated by Pavlov (1849–1936), Soviet psychologists have worked out a system of didactics which are strict and fixed in their conception and application; one might even use the term “narrow” to distinguish them from the broad scope of methods employed, for example, in most U.S. schools. Soviet psychologists maintain that fundamentally all (except physically disturbed or handicapped) children can learn the standardized subject matter through the teaching methods devised for all schools.... This systematic approach to education tends to give Soviet teachers a classroom control that appears complete.... 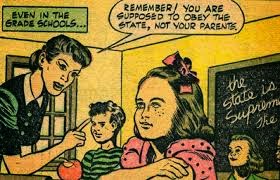 Soviet educators define their system as an all-round training whereby youth can participate in creating the conditions for a socialist, and ultimately, Communist society. Such participation can become possible, they hold, only as students cultivate all the basic disciplines and only through a “steady rise in the productivity of labor”... which is linked closely with the educative process. School children and students are engaged in a total educational program which aims to teach all the same basic subjects, morals and habits in order to provide society with future workers and employees whose general education will make them socialist (Communist) citizens and contribute to their productivity upon learning a vocation (profession). (pp. 10–11) [all emphasis added. Excerpted from page p. 57-58 of my book the deliberate dumbing down of america. Read the entire entry for a real eye-opener!]

Posted by Charlotte Iserbyt at 9:30 AM