GUESS WHO SAID THIS?

The fact that no one made demands on her knowledge in her special field was lucky for S~. Not only she but many of her girl friends had graduated from the institute without any such knowledge. There were many reasons for this....

For their examinations S~ and her girl friends wrote many cribs, which they hid in those sections of female clothing denied to males, and at the exams they pulled out the one they needed, smoothed it out, and turned it in as a work sheet.

The examiners, of course, could have easily discovered the women students' ignorance, but they themselves were overburdened with committee meetings, assemblies, a variety of plans and reports to the dean's office and to the rector. It was hard on them to have to give an examination a second time.

Besides when their students failed, the examiners were reprimanded as if the failures were spoiled good in a production process--according to the well-known theory that there are no bad pupils, only bad teachers.

Therefore the examiners did not try to trip the students up but, in fact, attempted to get them through the examination with as good results as possible. 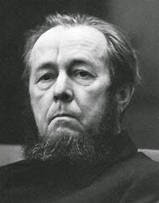 
(So it is any wonder when I compare our current dumbed-down system to the old Soviet system!?)
Posted by Charlotte Iserbyt at 11:32 AM