“I thought he was going to shoot me.” 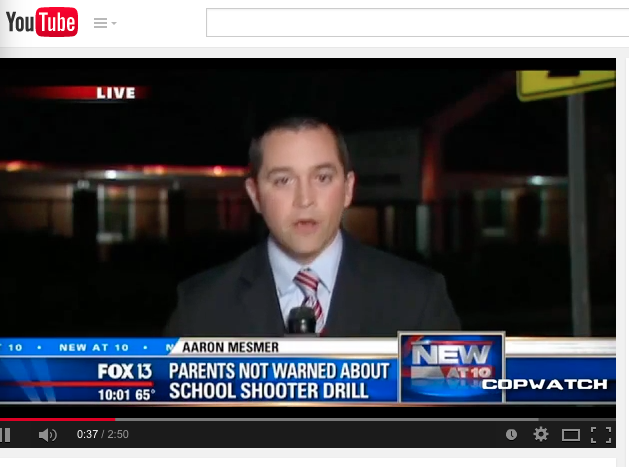 A lawsuit is in order!!

Students at Jewett Middle Academy said they were terrified when police officers burst in the doors for a planned active shooter drill – but students and teachers are irked they were not told ahead of time.


The video has been removed from this website. Isn't that interesting?! However, we were able to locate at several other websites, including YouTube: http://www.youtube.com/watch?v=W-cGcY533oE .

For right now, the article is still posted online, but in case it is removed, here are some excerpts from it:

“It’s very important that, when you do your drill, you do it without everyone knowing that it’s a drill... How you train and how you prepare is how you’re going to react when everything goes bad.”

“It really is to protect the children and at no point in time would we endanger any of the children,” Bird insisted.

Stacy Ray told WTVT that she received a text from her seventh-grade daughter Lauren Marionneaux after two armed officers burst into her classroom. Winter Haven police told The Post that one of the officers had his duty firearm – a handgun – drawn.

The gun was loaded... The other officer was carrying an unloaded AR-15.... [O]ne of her children texted: “I thought he was going to shoot me.”... [bold added] 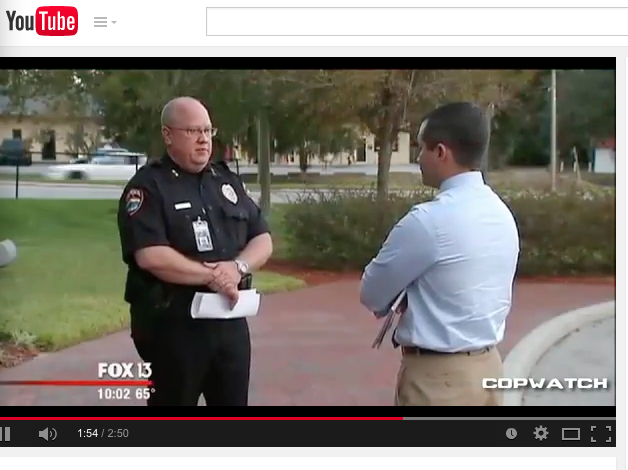 Only idiots in the administration of Winter Haven School District could dream up such a nightmare!

How would those adult idiots and the police involved like to have their favorite TV show interrupted by armed police breaking into their houses?
Posted by Charlotte Iserbyt at 2:32 PM