TAXATION WITHOUT REPRESENTATION
CHARTER SCHOOLS ARE UNCONSTITUTIONAL
Gulen Charter Schools exemplify unconstitutionality of tax-funded school choice. From an article that reveals that "A Jacobin investigation finds widespread corruption at one of the nation’s largest charter school networks."


Over the summer, FBI agents stormed nineteen charter schools as part of an ongoing investigation into Concept Charter Schools. They raided the buildings seeking information about companies the prominent Midwestern charter operator had contracted with under the federal E-Rate program.

The federal investigation points to possible corruption at the Gulen charter network, with which Concept is affiliated and which takes its name from the Turkish cleric Fetullah Gulen. And a Jacobin investigation found that malfeasance in the Gulen network, the second largest in the country, is more widespread than previously thought. Federal contracting documents suggest that the conflict-of-interest transactions occurring at Concept are a routine practice at other Gulen-affiliated charter school operators.

Read on and grasp the implications of the rest of the article. For example:


In addition, the Gulen expansion strategy should be viewed not as an outlier within the charter school movement, but as its most successful example. Gulen foundations invest in politicians to win charter contracts, and use the resulting public funding to import Gulen adherents on H-1B teaching visas. Though these employees do not necessarily have teaching credentials, they are often qualified to form education resource firms, which consistently earn generous contracts from Gulen schools across the country. The cycle then expands as employees of these firms give back to the very foundations that initiated the process.

It’s a process that enriches private actors and hurts students. But as long as US lawmakers push for private control over public education, the corruption and public plunder that Gulen schools exemplify will only continue. [bold added, links removed]

There is no citizen accountability or oversight. No wonder there is corruption! 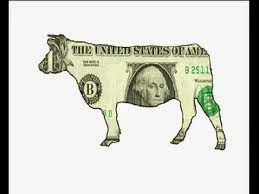 While these sweetheart deals, guaranteed windfalls, and potential financial collapses are troubling, they are endemic to the charter school movement nationwide. The widespread corruption at Gulen charter schools is not due to the religion of Gulen charter school executives, but rather because doling out millions in public funding to private education operators with little to no oversight protects and encourages such fraudulent practices. [bold added]


So those who think that charters are the solution to Common Core? Forget it!
Posted by Charlotte Iserbyt at 3:17 PM