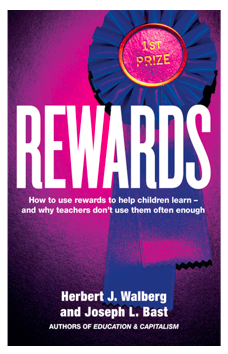 No. 2 IS EXACTLY WHAT IS BEING IMPLEMENTED IN THE USA TODAY! (The book REWARDS is a perfect example of this!)


In a entry from my book the deliberate dumbing down of america, p. 250-251, you can learn about a 1988 Invitational Conference in the USSR titled “Children, Computers and Education.” The following excerpt was authored by David Porteous, a contract coordinator for the School of Social Work, University of Connecticut. His article was published in the 1988/1989 issue of T.H.E. Journal (technology journal):


Recently, educators from the United States, Canada, West Germany and the Netherlands met with counterparts from the Soviet Union and Bulgaria in an historic first—an invitational conference in the U.S.S.R. titled “Children, Computers, and Education.”

The word “informatics” is used in Russian to denote the principles underlying the operations of computer hardware and software. Informatics seems to encompass the electronic and algorithmic systems of computers. Dr. Alexey Semenov of the Soviet Academy of Sciences said algorithmic thinking is embedded in the Soviet’s educational system and fundamental to their understanding of cognition. This fits with the Soviet schools’ high regard for mathematics and physics....

There was hope among the leaders with whom we talked that computers will become seen and used in more diverse ways throughout the curriculum. Certainly the goals of Gorbachev’s Perestroika include the restructuring of schools, along with other institutions and the economy, and a subsequent technological boost to the country. With the broad curriculum reforms and structural changes occurring in schools today and in the near future, the computer could expedite this process....

MODEL SCHOOL
Most schools have one or more sponsors, such as factories, institutes, universities, which provide materials, professional assistance and a place for students in the upper forms to do practical work for three to four hours a week, including computer programming. School #344 has close ties with a university and a technical institute, for instance [same as USA School-to-Work proposals, ed.].…

…The informatics curriculum, with objectives broader than computer use, is taught even when students do not have access to a computer….

We were told that this conference, from Leningrad to Moscow to Zvenigorod, had begun to open many minds as to what is possible with computers and children beyond the formal informatics curriculum. Professional respect and relationships have developed among participants. We could not have heard better news for our efforts to achieve a major step towards a productive global discussion of how all children can benefit from an informed use of CAI [computer-assisted instruction/programmed learning, ed.] in the world’s classrooms.

Posted by Charlotte Iserbyt at 6:00 AM