Some school officials, politicians and the statewide teachers union NYSUT are among those contending that the bond act — Proposition 3 — would help close the technology gap between affluent and needier school districts.

But critics say the bond act is a Cuomo political ploy and a poorly conceived way to fund limited school needs....

The state Education Department's goal... is for districts to prepare for online tests aligned to the Common Core....


Here is a WORKING DEFINITION OF COMMON CORE :

Last spring, more than 16,000 students in New York State took computer-based tests in a pilot project. This spring, it could be zero.

“The question is not if there will be computer-based testing but when and how,” King told superintendents at the annual fall conference of the state Council of School Superintendents, which was held in Saratoga. He said he anticipated a “phase-in over the next few years.”...

Wagner said districts should not make technology purchases solely to be ready for computer-based testing. Rather, they should keep that application in mind when they upgrade technology for the purpose of instruction. [bold added]


When you read the above articles remember why computer technology is so important to the future of your child's education. Computers plus Skinner's behavioral psychology equals B.F. Skinner's Programmed Instruction. Recall what B.F. Skinner said: "I could make a pigeon a high achiever by reinforcing it on a proper schedule." (B.F. Skinner: The Man and his Ideas by Richard Evans). Evans added:


... His [Skinner’s] concern for what he believes to be the inadequacy of our formal education system led to applying the principles of operant conditioning to a learning system which he called the teaching machine, but Skinner’s approach is concerned with more than merely methods and techniques. He challenges the very foundations by which man in our society is shaped and controlled. (p. 10) 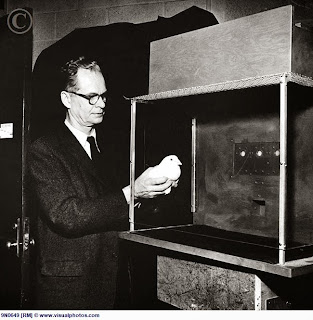 Skinner said in his book Science and Human Behavior: "Operant conditioning shapes behavior as a sculptor shapes a lump of clay." Read more at my blog post HERE. And be sure to read the month of October's "Skinner Horror Files" that give all of the details and background.


The above Skinner quotes can be found in my book Back to Basics Reform or OBE...Skinnerian International Curriculum* available at Amazon.com. This 1985 39-page booklet was boycotted by all conservative organizations nationwide.

Posted by Charlotte Iserbyt at 9:47 AM