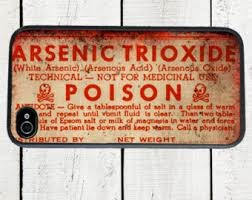 Would you drink a glass of milk that contained a drop of arsenic? That is what American public is being asked to swallow.

The following is a perfect example ("tragic" might be a better adjective) of how our very good people buy into the big controlled right/left media lie. First, see this article published by Top Right News:


Fresh off a stunning re-election in a three-way race for Maine’s governor, Paul LePage is not wasting any time making good on a major campaign promise: to slash funds for cities who give welfare to illegal aliens.

LePage — called “America’s Craziest Governor” by Politico — was widely expected to lose by the media and even Republican establishment earlier this year. But he confounded the conventional wisdom of “moderation” on immigration in “middle of the road” Maine, by putting his fight against illegals in Maine front and center. Voters rallied to his side when he rallied to theirs.

Yes, Maine's Governor LePage has done many good things, for which many Mainers are pleased. However, at the same time he is facilitating the loss of representative government in the USA by his strong support for tax-funded private education and especially tax-funded charter schools, which are in reality public schools. Charter schools have NO elected school boards. Charters operate outside of the oversight or control of voters, citizens and parents!

With charter schools there is zero accountability to the taxpayers who fund them. Taxpayers'  hard-earned money will in the future go into the pockets of the globalist corporations whose desire is to create The New Soviet Man (lifelong Soviet polytechnical education being implemented across the nation today through tax-funded school choice proposals, including charters with unelected boards). AKA "Limited Learning for Lifelong Labor. 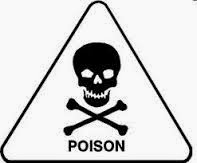 Meanwhile I got the following e-mail about Gov. LePage from a good, but naive American that referred to the TopRight article above, and wrote the following "prayer request" for Gov. LePage:


May THIS man's stance be EMBRACED and SPREAD all over America!---

Heavenly Father, we ASK YOU, in the Name of JESUS CHRIST, to enlighten every Governor in America regarding the importance of eliminating welfare benefits and public education for ILLEGAL IMMIGRANTS in America. YOU know exactly HOW to change the heart of a king, and we look to YOU to deliver us from the destructive enactments of the 'resident' in the People's House in W.D.C....

There is a problem here. No one is opposing prayer. But, this article cited above, published by TopRight, is a primary source of Neo-Conservative media bias!

Once we have lost the right to vote (exemplified by charter schools), the other issues/questions which  the Neoconservative Trotskyites rightfully oppose (and make so much money opposing... out of your pockets) -- hot button issues like abortion, taking away our gun and land ownership rights, UN Agenda 21 (regionalism/communism) etc. -- will be MOOT issues since the government will have a free hand in taking those protected rights away with the click of the Washington, D.C. mouse. And, since we have lost our right to vote (taxation without representation) we will have no way to register our objections to any of the above italicized issues. 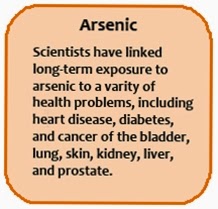 I am disgusted by this ad supporting a man who knows better. I explained the above problem with charters to LePage the day before he was inaugurated as Governor of Maine. The conversation went like this:


"Hello, Mrs. Iserbyt. I am calling you in regard to charter schools. Please explain to me why you find them dangerous."

I explained exactly what I have spelled out above. I told him that


"Well, we will have to do something about THAT."

To which I replied,


"Governor, if you do something about THAT, you will be right back where you are right now, with a tax-funded public school which takes its order from UNESCO and the federal government, which has an elected school board."

Control through tax funding is horrible enough, but at least under the traditional public school system we have the right to complain and to change things at the ballot box! 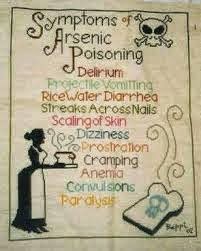 Let me ask everyone a question in regard to the Neoconservative agenda which appears to be so conservative.  "WHY do they oppose all the things traditional conservatives oppose, with one exception: the right of the taxpayer to be represented on the issue of education."

Look at it this way: Every part of the neoconservative agenda, opposition to all all communist proposals, looks wonderful, and we can almost give "them" an A+, can't we?

However, what happens to a glass of pure, fresh from the cow, milk, if one puts a drop of poison in it (e.g., the poison of taking away voter representation)?

Go to my articles at NewsWithViews.com and my hundreds of posts at abcsofdumbdown.blogspot.com for complete documentation on the this part of neoconservative agenda which will ultimately destroy our form of representative government over which we fought and won the Revolutionary War.

Posted by Charlotte Iserbyt at 12:52 PM