Common Core on the Rocks! 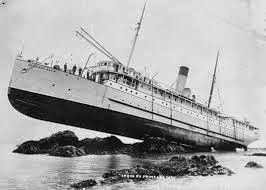 From the following article: "MAINE'S GOV. PAUL LEPAGE: 'I NO LONGER SUPPORT THE COMMON CORE' STANDARDS," by Dr. Susan Berry, Oct 27, 2014, one can read about Maine's Governor Paul LePage, who reportedly was "fearful":


"LePage said he is continuing to evaluate the Common Core but would like for his state to have the highest-ranked education system in the country.

"Independent candidate Eliot Cutler wholeheartedly supports the Common Core standards. Taking the position that time and effort have already been expended on the new standards, Cutler said, “I think the Common Core is a good way of doing that.
...

“This is not some kind of communist plot to take over America’s schools,” Cutler continued. “This is really a professionally developed effort to make sure our kids get educated.”

“I think that we need to have some standards, but we got to allow the flexibility at the municipal level.” [bold added]

None of them know what they are talking about. That is the problem in our country. Our leaders are ignorant.

The whole mess facing us with Communist Core and tax-funded (controlled) school choice with unelected boards (both called for by UNESCO in the 1970s!) was deliberately created to bring us to point where we scream for tax-funded charter schools with unelected boards (any poison; jump on any lifeboat even if it has a hole in it!) necessary for implementation of the lifelong Soviet school-to-work (Limited Learning for Lifelong Labor System) called for by Carnegie Corporation in 1934 "to use the schools to change America's capitalist system to a planned economy, and in some cases, to take our land."  For documentation read HERE and HERE. 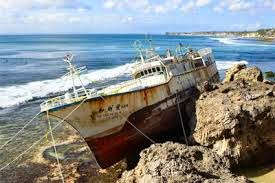 By the way, out of total of 20 education advisers to UNESCO (1972), 19 were from Communist Eastern Europe and Soviet Union. So, should we be surprised at what is being offered to us on a very dirty platter?

Is it possible I am giving too much credit to the American people, believing they would not want this communist system if they knew where it came from and what it really is; not fully recognizing the extent of the brainwash that has taken place for almost one hundred years?