The Devil's Fork Has NINE Prongs! 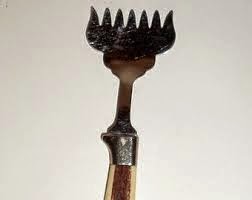 On January 13, 2007 I published an article on NewsWithViews titled "THE DEVIL'S SEVEN-PRONG FORK." I now recognize a few more prongs in this fork!

Here is a summary of the first seven prongs:

Here are two more PRONGS to add to this madness:

In the last century opposition to Socialism/ Communism/ Fascism resulted in patriots, like the Russian writer, Alexander Solzhenitsyn, being hauled off to the Gulag (Soviet Union and Communist China), concentration camps (Nazi Germany). In this case citizens could "see" or "hear" what was happening to their neighbors (those exposing the truth) and interpret the reasons for their neighbor's disappearance and perhaps join the resistance.

In the 21st Century patriot resistance is dealt with in a much neater, cleaner, silent way. No more need to break down doors in the middle of the night and drag off to internment. Just marginalize through media control of any opposition. 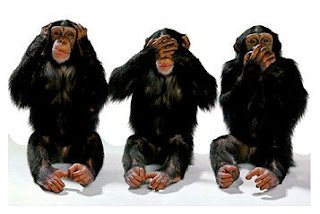 The silence is deafening! Total control of the media (book reviews, newspapers, radio, and TV) is more effective... much neater and cleaner, since no one, not even your neighbor is aware your voice of opposition is being or has been silenced! No one is aware of the book you wrote or of your letters to the editor (never printed) explaining (defining for your neighbor) what is coming down the pike and calling for citizen resistance.

Your neighbor still knows you live next door, sees you hauling groceries and walking your dog, but doesn't know you spent several hours/days writing a letter to the editor which was never published, or that your efforts to be heard on radio or TV have been fruitless. Perhaps they don't even know you wrote a book documenting exactly what has happened to America and what they can do to hold onto their constitutional freedoms.

And, just to cover their bases, in case your neighbor should miraculously find out about your attempts to inform others of the treason taking place, the media will spread the word that you are a conspiracy theorist.

The media at the top  knows full well that what we are all being exposed to is  a gigantic conspiracy to destroy Americans' rights to enjoy the rights/privileges spelled out in the U.S. Constitution and put us under a totalitarian world government run by the major corporations in bed with government.

Your words have been silenced by the enormous power of those in charge of the major media. You might as well be in a concentration camp as far as your ability to get the word out.

Wouldn't we like to have a list of all of us who have been "marginalized"?  All of us anti-communist/United Nations/ New World Order Americans who, when shaving in the morning or putting on our makeup, look in the mirror and see "no one"?


Posted by Charlotte Iserbyt at 7:45 AM