The Death of the Conscience

UNESCO'S LONG- PLANNED MENTAL HEALTH PROGRAM ARRIVES! Eighty years in the making! This is an old agenda. And you may find its roots disturbing!

President Obama has announced "Now is the time to do something about gun violence" and includes "mental health" as one of its tenets. Notice how he defines it.

Visit: http://www.whitehouse.gov/issues/preventing-gun-violence where you can watch the President's speech, download the full text of the President's plan, and see the executive actions that President Obama has announced.

Below is a summary of Obama's actions in an article titled “Protecting our Children” in the Wake of Sandy Hook: Psychiatric Surveillance of US Public School Children:

On September 23 the Department of Education announced an additional $70 million in “School Climate Transformation grants.” According to the DOE, over half of the funding “will be used to develop, enhance, or expand systems of support for implementing evidence based, multi-tiered behavioral frameworks for improving behavioral outcomes and learning conditions.” The goals of such measures include “connecting[ing] children, youths, and families to appropriate services and supports,” and “increase[ing] measures of and the ability to respond to mental health issues among school-aged youth.”


1) Col. Bullis’s book Human Relations in the Classroom—Course I, published in 1947, contained the following shocking admissions in the preface:


In 1932 the President of the Carnegie Foundation for the Advancement of Teaching said to Dr. C.M. Hincks, distinguished Canadian psychiatrist and to me, “You in the mental hygiene field are making little real progress with educators with your philosophical lectures, pamphlets and books. Our teachers need something to help them meet the every day pupil adjustment problems of their classrooms. They need simple mental hygiene manuals and practical lesson plans to help their students to gain insights regarding their emotional problems.”

In 1940 I resigned as Executive Officer, the National Committee for Mental Hygiene, to endeavor to work out practical means of introducing the teaching of positive mental hygiene principles to normal children in public schools. I wished to develop and try out positive mental hygiene lesson plans, which from the beginning I called Human Relations Lesson Plans.

At this time, Dr. M.A. Tarumianz, outstanding psychiatric leader of Delaware, invited me to come to Delaware to start this experimental work under the auspices of the Delaware State Society for Mental Hygiene. Shortly after, the Committee on Research in Dimential Praecoz (financed by the Supreme Council, Scottish Rite Masons, Northern Jurisdiction) and Mrs. Henry Ittleson of New York City also made grants to my work. [Bold added. An excerpt from the updated/abridged version of my book the deliberate dumbing down of america is available at Amazon.com, pages 14-15.]

These "human relations" programs, developed in the 1940s, set the stage for passage of the 1965 Elementary and Secondary Education Act (ESEA) with its emphasis on values destroying (values clarification, etc.) programs subsequently developed by the U.S. Office of Education/Dept. of Education, disseminated by the National Diffusion Network. They were incorporated in the BSTEP (Behavior Science Teacher Education Program) which trained public school teachers to be little psychiatrists as recommended by Soviet agent Alger Hiss's colleague, Canadian General Brock Chisholm.) 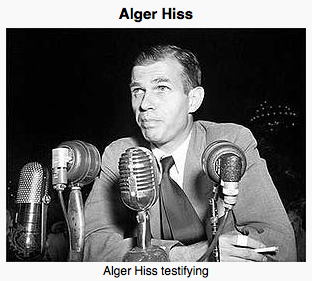 Go to American Deception.com and type the term "Pacesetters" into the search engine for a FREE download of the 2-inch thick U.S. Office of Education catalog of values destroying programs which resulted from this initial Carnegie Corporation, Scottish Rite Masons, Mrs. Henry Ittleson funding.

2) During 1948 ALGER HISS, who would later be convicted of spying for the Soviet Union, wrote the preface to Gen. Brock Chisholm’s lecture, “The Psychiatry of Enduring Peace and Social Progress,” which was re-published in International Conciliation (No. 437, March, 1948, p. 109). Alger Hiss was at that time president of the Carnegie Endowment for International Peace, the publisher of International Conciliation. The preface to Chisholm’s lecture (Feb. 21, 1948), redefined the word “health,” follows:


Defining health as a “state of complete physical, mental, and social well-being, and not merely the absence of disease or infirmity,” it includes not only the more conventional fields of activity but also mental health, housing, nutrition, economic or working conditions, and administrative and social techniques affecting public health. In no other field is international cooperation more essential and in no other field has it been more effective and political difference less apparent. [Excerpted from pages 42-43 of my book] 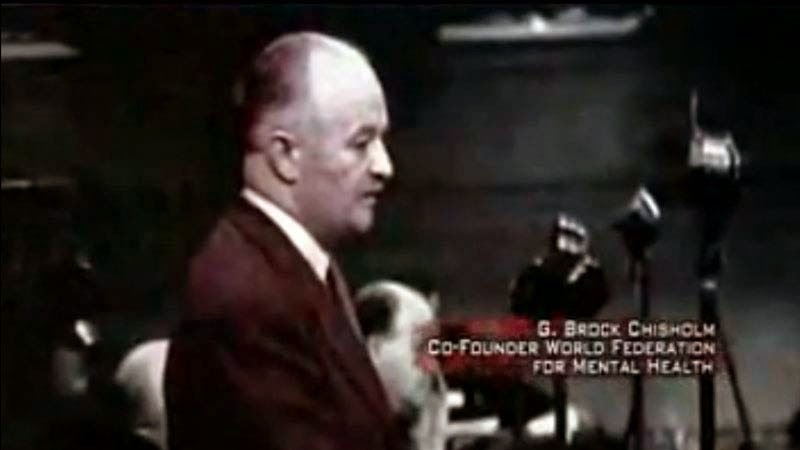 3) United States membership in the United Nations Educational, Scientific and Cultural Organization (UNESCO) in 1946 set in motion the destabilization of our society through the rejection of absolute morals and values, Judeo-Christian tradition, and Roman law. Legislation authorizing United States membership in UNESCO marked the end of United States autonomy in a very crucial area: that of education. From this time on UNESCO would dictate education policy to our government and others.

This legislation was accompanied by President Harry Truman’s remarkable statement: “Education must establish the moral unity of mankind.” Truman’s recommendation was bolstered by General Brock Chisholm, a Canadian psychiatrist and friend of Soviet agent Alger Hiss. Chisholm redefined health to include “mental” health, and presented a paper entitled “The Psychiatry of Enduring Peace and Social Progress” to the United Nations World Health Organization (WHO) in 1946 which “reinterpreted” (eradicated) the word “morality.” Chisholm asserted that


The reinterpretation and eventually eradication of the concept of right and wrong… these are the belated objectives of practically all effective psychotherapy.

Brock Chisholm went on to recommend that teachers all over the world be trained in “no right/no wrong” psychotherapeutic techniques found in the schools today. [Excerpted from my book, pp. 27-28]
Posted by Charlotte Iserbyt at 3:23 PM