"College prof makes students recite anti-American 'pledge of allegiance'" was published on December 8, 2014 by FoxNews.com. The story reported that


If you sign up for Denver college professor Charles Angeletti's American Civilization class, be forewarned that you're going to have to recite his invective-filled 'New Pledge' -- and according to some of his students, also be ready to swallow a big helping of his politics.

Angeletti, who teaches at Metropolitan State University of Denver, has students learn an anti-American spoof of the Pledge of Allegiance that denounces the U.S. as a Republican-controlled bastion of injustice, all while spewing his own far-left brand of politics, according to current and former students.

“I pledge allegiance to and wrap myself in the flag of the United States Against Anything Un-American,” reads Angeletti's version. “And to the Republicans for which it stands, two nations, under Jesus, rich against poor, with curtailed liberty and justice for all except blacks, homosexuals, women who want abortions, Communists, welfare queens, treehuggers, feminazis, illegal immigrants, children of illegal immigrants, and you, if you don't watch your step.” [all emphases added]

There is nothing new under the sun. . . . In 1985 North Carolina's Competency-Based Curriculum called "Basic Education Program" was introduced. A few of its more unusual “basic” competencies, involved students entertaining allegiance to a world constitution and a world government rather than to the U.S. Constitution. Excerpts include the following:


FIFTH GRADE: Develop a flag, seal, symbol, pledge and/or national anthem for a new country.... Design a postage stamp to be used worldwide. The stamp should denote what the world would need to make it a better place....
SIXTH GRADE: Draw national symbols for an imaginary nation....
SEVENTH GRADE: Understand the need for interdependence....
NINTH GRADE: Write a constitution for a perfect society. [bold added, excerpted from my book] 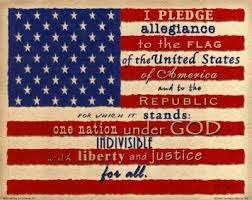 Posted by Charlotte Iserbyt at 7:21 AM