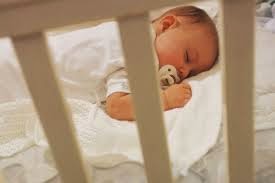 Commentary by Mary Thompson, 3D Research Group
Here we go... official full throttle for the "early learning" agenda, universal "preschool," womb to tomb training ( called education). All the buzz words and players are on stage: Obama, Duncan, and other "stooges" including a "local sheriff from Ohio." Read the excerpted portions of the AP story below:


WASHINGTON (AP) — Declaring early childhood education "one of the best investments we can make," President Barack Obama on Wednesday followed up on a promise to expand early education opportunities for tens of thousands of children by announcing $1 billion in public-private spending on programs for young learners.

Obama said that less than one-third of 4-year-olds are enrolled in preschool and blamed the high cost of these programs for essentially shutting off access to poorer infants, toddlers and preschoolers. He said studies repeatedly show that children who are educated early in life are more likely to finish their educations, avoid the criminal justice system, hold good jobs and have stable families. All those factors are good for the U.S. and its economy overall, Obama said

On top of the federal money is more than $330 million from dozens of corporations, foundations and individuals. That money is part of a new campaign called Invest in US. 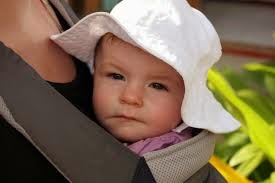 The effort being led by the First Five Years Fund will challenge the private and public sectors to spend more on early childhood education. Among those supporting the campaign are The Walt Disney Co. with $55 million in learning apps and books, the LEGO Foundation with $5 million and the J.B. and M.K. Pritzker Family Foundation with $25 million.

Vice President Joe Biden closed the summit by asking the audience to imagine if each of the country's 40 million 4-year-olds had a chance to attend preschool. "This is tangible ... Every child is capable of succeeding. They just need a chance," he said. [emphasis added]

Note the slip of terms in this AP news article. Obama is reported  to say the usual lines about the so called benefits of preschools (early learning). He is reported to have stated: "Less  than one third of 4 year olds are involved in preschool" and he blamed the high cost of these programs for essentially cutting off access to poorer INFANTS, TODDLERS, AND PRESCHOOLERS. Note: INFANTS AND TODDLERS. Sometimes the real agenda is revealed by the perpetrators in their own slip of words. Here is what the White House reports in its "FACT SHEET: Invest in US: The White House Summit on Early Childhood Education":
Make no mistake about it, this thrust for national preschool for 4 year olds is only the toe dipped in the water for what the real agenda is. It has been spelled out in many places and  many times, but here it is in no uncertain terms. The agenda is Early Learning overseen by public-private interests beginning at birth... even before if other sources are tapped.

Who are the private entities reportedly to "partner with government?  Examples of partners are: Buffet Early Childhood Foundation (remember Warren Buffett gave his money to Bill and Malinda Gates Foundation to use as they saw fit), the Disney Company, United Parcel Service. Note eighteen states named to receive the grants. Here is a list of the public-private partners from the White House website:


Lets see how many of the those who concentrated completely on fighting Common Core will direct as much effort toward fighting the cradle snatchers who just participated in this U.S. Health and Human Services Conference, 12/10/20.

Posted by Charlotte Iserbyt at 8:46 AM