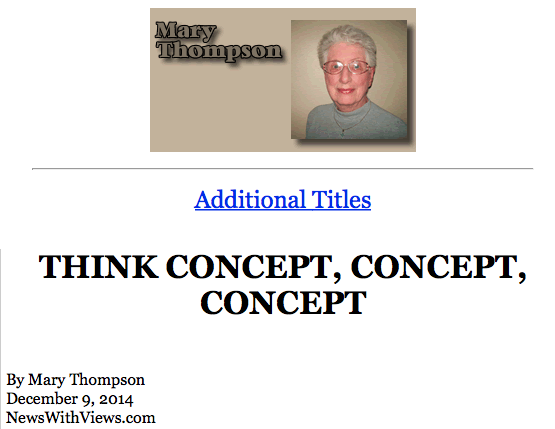 Mary Thompson has just posted a new article on NewsWithViews.com "Think Concept, Concept, Concept," and it is a must-read! In this article Mary shares more of her memoirs. This is information that the young generation needs to know. Below are just a few fascinating paragraphs:

It is this writer’s contention that so much of “government” was “local” or “state” until the 1930’s and FDR’s New Deal which fostered the mindset of looking to Federal Government for solutions. The very recent series of episodes about the Roosevelt Family broadcast on PBS television, revisited the FDR era as the catalyst years instrumental in creating the second order change resulting in the 80 year’s march toward a collectivist America. Second Order change has been defined as: deciding or being forced to do something significantly or fundamentally different from what has been known or done before, until the change becomes an accepted value judgment or way of life. 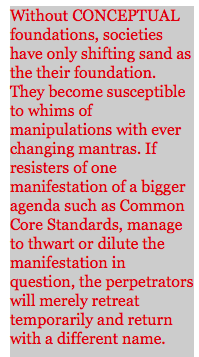 This writer lived through the 1930’s, and still retains vivid childhood memories of the days of FDR and the relentless introduction of federal government programs and more federal government programs which alarmed the adults in this writer’s family and others. The current TV series about the Roosevelts, portrayed the 1930’s as near universal gratitude for the National Programs and all ears glued to family radios to listen to FDR’s “Fireside Chats” as the secular savior of the nation. What the TV series didn’t report was the existence of Americans who weren’t deceived by the glib rhetoric who recognized the times as groundwork being laid for a collectivist (Communist America). As a child I heard the discussion and anguish re: the left turn the nation was undergoing with FDR at the helm of the ship of state.

If you enjoy Mary's writings, you can also access her on the DVD Exposing the Global Road to Ruin Through Education available at Amazon.com. 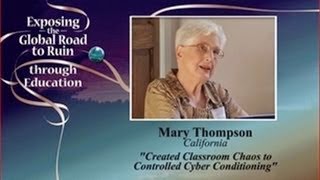 Posted by Charlotte Iserbyt at 12:41 PM