Dumbed Down Elected Officials...
And their insistence on a national assessment 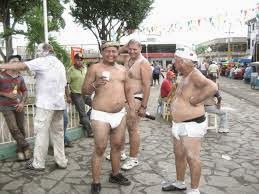 45 years ago, when the U.S. Office of Education instituted the dreaded ASSESSMENT, most of elected officials were in diapers! Well, maybe they never quite grew up. They do seem to be lacking in intellectual wisdom and solid facts. Time for them to get with it!
From the article "Legislation Lets States Cut Ties Between Common Core and Federal Grants," by Kelsey Harkness, at the Daily Signal, December 8, 2014 can be found the following quotes and excerpts of interest below:


Sen. David Vitter, R-La., has drafted legislation to prohibit the federal government from “mandating, incentivizing or coercing” states to adopt the national education standards known as Common Core, The Daily Signal has learned.

The intent of Vitter’s bill is to enable states to more easily exit the national standards, which more and more parents and educators have come to oppose, by voiding requirements attached to previously issued waivers from federal law.


The naivete of these elected officials is astonishing!

Question: And what do these Senators think the National Assessment of Educational Progress (NAEP) has been doing every since 1969? Communist Core is simply the same, but updated and "improved" 1969 National Assessment. This time around, with a new label, it has reached the perfection intended since 1969. ALL children are required to take the assessment, not just groups in each state, and specific grades. ALL. And, of utmost importance is the computerization of learning and assessment which allows for Skinnerian brainwashing.

The test, the contents of which have been kept "Top Secret," were made available to parents by a brave teacher in the nineteen nineties, and "Lo and Behold" we activists found out that at least 60% of the test items were of a politically correct nature!

HISTORY of the national assessment agenda
The National Assessment of Educational Progress (NAEP) was mandated by the U.S. Congress, and initiated in 1969. NAEP has periodically “assessed” (monitored the knowledge, skills, and performance of) students aged 9, 13, and 17, as well as various grade levels. The subject areas assessed have included: reading, writing, mathematics, science, citizenship, U.S. history, geography, social studies, art, music, literature, computer competence, and career and occupational development.  NAEP also has collected background information from students, teachers, and administrators, and has related these data to student achievement.

The Educational Testing Service (ETS) in 1983 took over the contract to administer the NAEP from the Carnegie Corporation-spawned Education Commission of the States. This move effectively kept Carnegie in control of educational assessment, since it was the Carnegie Foundation for the Advancement of Teaching (a subdivision of the Carnegie Corporation) which had provided the $750,000 initial endowment (start-up funds) to launch ETS in 1947. Through an agreement between the American Council on Education, the Carnegie Foundation and the College Entrance Examination Board, all of whom turned over their testing programs and a portion of their assets to ETS, the move to establish Educational Testing Service as the primary provider of testing material was accomplished. 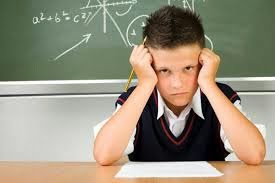 In 1988 Congress established the National Assessment Governing Board (NAGB). The purpose of NAGB was to provide policy guidance for the execution of NAEP. The board was composed of nationally and locally elected officials, chief state school officers, classroom teachers, local school board members, and leaders of the business community, among others. Specifically, NAGB has been charged by Congress to perform the following duties: select subject areas to be assessed; identify appropriate achievement goals for each age group; develop assessment objectives; design a methodology of assessment; and produce guidelines and standards for national, regional, and state comparisons. 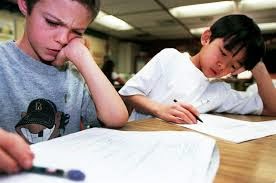 A report on the NAEP published in 1981 Measuring the Quality of Education: Conclusions and Summary, indicated:


Conclusions... Instead of determining “what is being taught” and basing the objectives on this present practice, the controlling question is “what ought to be taught.”... It is specifically recommended that caution be exercised against putting the Assessment results in a form that could be misconstrued as constituting national—or “federal”—standards....

Summary... The report reflects most significantly the carefully considered conclusions of the Council of Seven which was established at the beginning of the project. Selected primarily for their recognized responsibility and good sense, they also reflect a variety of experiences and institutional interests: Gregory Anrig, then Massachusetts Commissioner of Education and now President of the Educational Testing Service; Stephen K. Bailey, who is the Francis Keppel Professor of Educational Policy and Administration of Harvard Graduate School of Education; Charles Bowen, Director of Plans and Program Administration for University Relations of the IBM Corporation; Clare Burstall, Deputy Director of the National Foundation for Educational Research in England and Wales; Elton Jolly, Executive Director for Opportunities Industrialization Centers; Lauren Resnick, Co-Director of the Learning Research and Development Center of the University of Pittsburgh; and Dorothy Shields, Director of Education for the AFL-CIO....

...It was the Council’s suggestion and eventually its decision to shape the entire report in terms of the Assessment’s potential role in developing higher and more effective educational standards. Where we had been timid about this the Council moved boldly. They were right.... [emphasis added, excerpted from pages 91 and 177 of my book the deliberate dumbing down of america.]

Posted by Charlotte Iserbyt at 6:26 AM