The Theology of Community Organizing

The book, A Theology of Community Organizing, broke new ground by beginning to articulate a cross-cultural and inter-faith ‘Theology for Community Organizing’ that arises from fresh readings of Liberation Theology. This blending of radicalism was demonstrated by the Filipino community organizers who combined Marxist Saul Alinsky’s ideals with liberation theology for a “theology of the poor” movement. This Filipino group added educator Paulo Freire’s leftist philosophy to the mix. From there the movement became popular in South Africa.

It would appear that the concepts of community organizing imbued with liberation theology have now filtered into many national and international organizations as a way of promoting participation of communities in social, economic and political change in both developed and developing countries. The civil rights movement, anti-war movements, Chicano movement, feminist movement, and gay rights movement all influenced and were influenced by ideas of neighborhood organizing. Many organizations operate as “Faith Based Community Organizations” (FBOC) and are linked to national organizations such as the Industrial Areas Foundation, Gamaliel Foundation, PICO National Network, and Direct Action and Research Training Center (DART).  The Industrial Areas Foundation was established by Saul Alinsky and was based on his Marxist ideas expressed in his books, Rules for Radicals and Revile for Radicals.

Included in the ranks of Community Organizers are Barack Obama and Cesar Chavez. Marshall Ganz, community organizer and former lieutenant of César Chávez, adapted techniques from community organizing for Obama's 2008 presidential election. Obama was the lead organizer in Chicago for the Alinskyian Developing Communities. “The Developing Communities Project”, which hired Obama as lead organizer, was an offshoot of the Calumet Community Religious Conference of Alinsky-trained Jerry Kellman. The network of community organizations Alinsky founded, known as the Industrial Areas Foundation, also received CCHD grants. [Catholic Campaign for Human Development, Ed.] The grants are being used, however, not just to seize power, but to change the minds of traditional Catholics. Indeed, this is a necessary prerequisite for taking power.” (1) The Developing Community Project operated under the Gamaliel Foundation, which received CCHD Grants and whose lead organizer was ex-Jesuit, Greg Galuzzo. 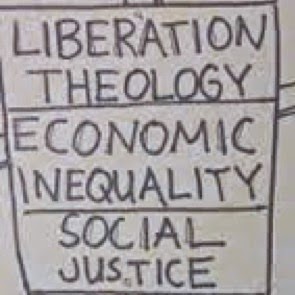 The Faith Based Community Organization, Gamaliel, has been concerned with issues arising from the recent demonstrations and riots in Ferguson, Missouri. They will be holding a national leaders’ retreat in nearby Florissant, Mo in early December, 2014.  Their affiliate in St. Louis is called the Metropolitan Congregations United and this group’s interfaith membership includes a fair number of Catholic groups or parishes in the St. Louis area. “The same separatist, anti-American theology of liberation that was so boldly and bitterly proclaimed by Obama’s pastor is shared, if more quietly, by Obama’s Gamaliel colleagues. The operative word here is ‘quietly.’ Gamaliel specializes in ideological stealth.”(2)

Gamaliel offers Continuing Education credits for participation in their national training programs.  Credit is made available through their partner, the Jesuit’s St. Louis University. Such credit is usable in 50 states. They say their method is Socratic. (Or dialectical consensus?) They say their style is “agitational”, which is hardly a Christian attitude for an organization that claims to be ‘faith based’. They also offer a three day training program for Clergy.(3) Are the Clergy to be counted in the ranks of agitators?

Has Liberation Theology’s ideology combined with community organizing been applied to promote changes in immigration procedures and policies here in America? Judi McLeod has a lot to say on that subject in her article entitled “Executive Amnesty’s Alinsky Inspired ‘Bishop Gate”. The top caption says: “The Obama administration was bankrolling America's churches as far back as 2010 in preparation for the November 2014 invasion of American sovereignty”.(4) Remember that Obama is a Community Organizer “par excellence” and he was well trained in Alinsky tactics.

Liberation Theology has in some or perhaps even most instances been sanitized of its militant aspects but since it still focuses on redistribution of wealth, doesn’t it remain socialistic? The question is how great are the inroads of Marxist-inspired Liberation Theology and Community Organization into classroom catechesis and other classroom subjects in order to accommodate erroneous concepts of preferential treatment of the poor, globalism, Agenda 21 Environmentalism, and redistribution of wealth? Liberation theology has been discouraged and criticized by the Magisterium and Popes, yet how much of this Marxist model has been incorporated into Catholic Peace and Social Justice Programs in both schools and the Church?  (See “Social Justice in the Schools”).(5) 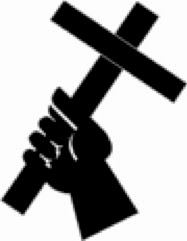 THE JESUITS AND LIBERATION THEOLOGY: Up until Vatican II the Jesuits had been called the “Pope’s Men”. In 1965, at approximately the time of Vatican II, Fr. Pedro Arrupe was elected Father General of the Jesuits. “Under Arrupe’s leadership, and in the heady expectation of change sparked by the Council itself, the new outlook- antipapal and socio-political in nature – that had been flourishing in a covert fashion for over a century was espoused by the Society as a corporate body.”(6) The Jesuits have always been highly regarded for their superior teaching skills and have excelled in the field of education. However, what now motivates Jesuit education? “The Society of Jesus –once known for rigorous orthodoxy and loyalty to the Pope –became a hotbed of theological dissidence, on issues ranging from the nature of the priesthood through the necessity of the Catholic Church to the acceptance of homosexuality”.(7) Under the Jesuit leadership of Fr. Arrupe, liberation theology found a new and powerful advocate. “Farther Arrupe, the superior general 1965 to 1983, presided over a dramatic transformation of the Jesuit order…consider the judgment of Time magazine, which recalls that Arrupe’s leadership ‘saw the rise of radical Jesuit participation in politics, from the anti-war movement in the US in the 1960s to the liberation theology that swept Latin America’.”(8)

Thus began a long and protracted battle between the leader of the Jesuits, Fr. Arrupe, and the Papacy.
Pope John Paul denounced the People’s Church as absurd and perilous including its strange ideological concoctions and political radicalization.

Piet-Hans Kolvenbach succeeded Fr. Arrupe in 1981. “Kovenbach’s Generalate would be a continuation of the ‘Arrupe spirit’ at the helm of the Order…The Jesuits…had no intention of changing their course on neo-modernism”.(9)

The current leader of the Jesuits, Father Adolfo Nicolas, is said to combine the discretion of former superior general, Fr. Kolvenbach, with the spirit of Arrupe. Nicholas, like Arrupe has been influenced by Asian religions. Fr. Nicholas’ quest has been: how to get to the core of Ignatian spirituality without speaking in Christian terms. Goals perhaps such as these prompted Benedict XVI to warn over and over about the dangers of religious indifferentism.

The Jesuit Pedagogy: Did these radical changes in the Society of Jesus prompt the earlier Jesuit teaching formulas of “Ratio Studiorum” to be replaced by the Ignatian Pedagogy, A Practical Approach, formulated by the International Commission on the Apostolate of Jesuit Education?(10) The theology of Ratio Studiorum included dogmatic and moral theology, and all theology was under the guiding light of St. Thomas Aquinas. The Ignatian Pedagogy report was released following studies of publications of the Characteristics of Jesuit Education in 1986. Anyone who has a student in a Catholic school should read the Ignatian Pedagogy document to understand the “progressive and scientific education” methodologies of this paradigm. For an even more explicit example of the “progressive mentors” who have influenced the Jesuit Pedagogy (Benjamin Bloom, Robert Marzano, Fr. Arrupe, and Jerome Bruner, etc.) read A Privileged Moment- Teachers and Learners Walking the Way of Ignatius.(11) As Neo-Scholasticism was extremely diminished by Nouvelle Theology at Vatican II, is anything of St. Thomas left in the revamped Jesuit paradigm?

One could question if this Pedagogy is not the model for all schools, with Lorraine Ozar, of Catholic Common Core fame, employed by the Jesuit’s Loyola University in Chicago, endeavoring to insert the Ignatian Paradigm Project (IPP) into Catholic education?  Further, is this Ignatian Paradigm Project truly based on the Spiritual Exercises and educational teachings of St. Ignatius or is it just “Contemplation, Reflection, and Action” programed on values clarification, Outcome Based Education (OBE), and Transformational Teaching? Consider that St. Louis University’s website regarding information on the Ignatian Pedagogy is found on their “Reinert Center for Transformational Teaching and Learning”. OBE and Transformational Learning were embraced by highly influential people like Lee Shulman, President Emeritus of The Carnegie Foundation for Learning and Teaching.  It was he and Tony Byrk, current head of the Foundation, who met in 2007 with Catholic educators, including Dr. Ozar, to assist in the restructuring of Catholic education.

Although, by 1984, the Nicaraguan bishops” blasted” The People’s Church, the Jesuit Provincial of all Central American countries along with the Nicaraguan Jesuits proclaimed that the Peoples Church was Christ’s Church and rejected all episcopal claims to control that Church. By 1985, under the leadership Father John Vaughn, the Franciscan Order had succumbed to Liberation Theology, anti-consumerism, anti-capitalism, and a ‘non-hierarchic’ church structure.

Regarding all the above, is the Jesuit reputation for excellent education and doctrinal correctness perhaps questionable? To see the leading role prominent Jesuit educators and Universities played in bringing Common Core to Catholic schools. (See Sources: “Catholic Education in America: To Deceive the Elec,t” below.)

How much Liberation Theology and Community Organization is being taught to students in the classroom and in their mandatory service projects today? And with regard to Liberation Theology and Community Service, how are Scripture readings being presented from the pulpit?  What is being promoted among community parish groups which are quite possibly being subjected to sensitivity training through strategic restructuring of the Church? (See Sources: Wake up, Catholics Part I and Cookie Cutter Common Core & Private Education, Part II.) 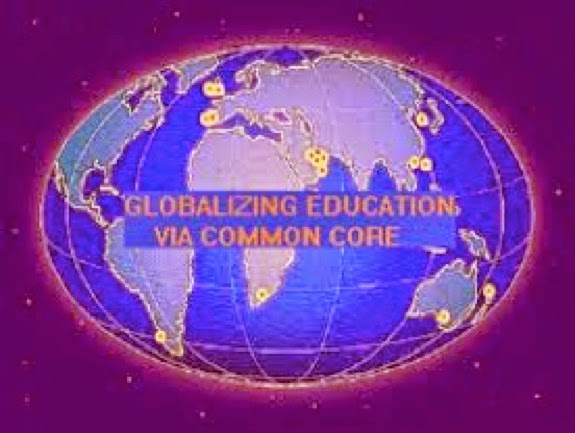 Currently Fr. Gustavo Gutierrez, father of Liberation Theology, is an Endowed Professor of the John Cardinal Professor O’Hara Department of Theology at the University of Notre Dame.  Professor John C. Cavadini, who chaired the Theology Department of Notre Dame at the time of Gutierrez’s appointment, said he recruited Gutierrez because he’s the leading Catholic libertarian theologian, indeed the founder of the field. Professor Cavadini further stated that the theology of Gutierrez grew out of the “resourcement” movement of the mid-20th century theology.  Ressourcement is none other than the European Nouvelle Theologie or Nouvelle Theology which brought about a subtle but seismic shift within the Church at Vatican II. It has provided much of the rationale for all the above.

Next: Nouvelle Theology and Modernism


6. Martin, Father Malachi,  The Jesuits-The Society of Jesus and the Betrayal of the Roman Catholic Church,  A Touchstone Book published by Simon & Schuster, 1987, Pages 35.


9. Martin, Father Malachi,  The Jesuits-The Society of Jesus and the Betrayal of the Roman Catholic Church,  A Touchstone Book published by Simon & Schuster, 1987, Pages 127.


10.” Ignatian Pedagogy, A Practical Approach”, The International Commission of the Apostolate of Jesuit Education (ICAJE), https://www.rockhurst.edu/media/filer_private/uploads/ignatian_pedagogy_a_practical_approach.pdf


5. “Deliver us from Liberation Theology” The Catholic Citizen, 2012.


9. “Catholic Education in America: To Deceive the Elect.” http://www.scribd.com/doc/179787173/Catholic-Education-in-America-To-Deceive-the-Elect. How

Posted by Charlotte Iserbyt at 6:49 AM