Cogs in the Machine!


Wisconsin Hits Nail on the Head!
BOOM! (We are running out of nails)


How can one even begin to excerpt the key quotes from this article?! What have I been telling you all along? Workforce training!


Perhaps the most disturbing testimony presented to Wisconsin’s Assembly during a recent hearing on Common Core was not about Common Core at all. Superintendent Nick Madison, of the Brillion School District, offered the most revealing look at the thought process behind the current popular “reforms.” ... 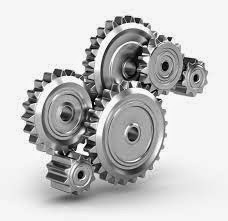 ...After Madison presented the business community’s scripted defense of Common Core, and a reminder to the legislators that one of the reasons Common Core was created was to meet the needs of industry, Madison argued that “the policy is right because the policy is what is reflected in the demands of business.”


Lueck concluded, “If you thought our education system was so bad, why on earth did we wait for a group of east coast foundations to tell us what we should we doing here in Wisconsin?”


And, a few  more doozies below, but, sorry, folks, you will just have to read the whole article.

Lueck described a system in which kindergartners will be given information about careers, and by the 8th grade, children will be funneled into 16 career tracks. 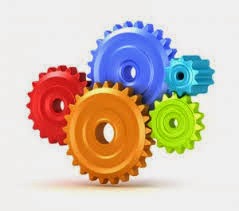 Lueck said, “There’s no parental involvement at all. The child will be tested, and the educators will offer them three tracks from which a child can choose based upon the needs of business in Wisconsin.” Students will then be placed in a track that best suits the student’s skill and will feed the industry in need.

“We are going to restructure the educational system so that all schools will work in tandem, and because you can’t have 16 career academies in one school. Different high schools will be assigned different academies,” Lueck testified. Under the new system a child might likely attend one high school one day, and spend other days at another school.

Lueck told the legislators that schools will essentially take over the role of HR departments. Teachers will determine which student is qualified to interview for which apprenticeship. “This is not far-off,” she warned the legislators....

The “educators” of Tucson’s Mexican American Studies classes said that they did not want “children to be cogs for the capitalist machine.” Conservatives have made it clear that they do not want children to become mindless cogs as well, so it leaves one to wonder if the progressives’ silence in the Common Core debate is due to the fact that they object to children becoming mindless cogs only for the capitalist machine. [all emphases added]

Posted by Charlotte Iserbyt at 5:20 PM