Tells the truth about Common Core being Communist!


I have been warning for years that this is Communist. Here is an amazing and courageous tetimony by Lily Tang Williams! Her speech is reported about in an article titled Chinese-American Mom Says Common Core Is Just Like Education in Communist China: "Do you just want your kids to be test machines and cheap workers for corporations?" by Paula Bolyard posted November 30th:


Lily Tang Williams, a mother of three, testified before the Colorado State Board of Education that Common Core was similar to the education she received growing up in Mao’s Communist China.


In a post at FreedomWorks, Williams wrote about her experience with the Chinese education system:


Our teachers had to comply with all the curriculum and testing requirements, or lose their jobs forever. Parents had no choice at all when it came to what we learned in school. The government used the Household Registration and Personnel File system to keep track of its citizens from birth to death.

It is only fair to give Freedom Works the benefit of the doubt  regarding its support for tax-funded school choice and charters with unelected boards.  Perhaps Freedom Works is not aware that tax-funded school choice/charters with unelected boards are necessary for implementation of the communist Chinese/Russian polytechnical education.

Lily Tang Williams, whose testimony Freedom Works posted, is describing the very system supported by Freedom Works and other neoconservative organizations. She even points out that "parents had no choice at all when it came to what we learned in school." She is describing accurately what will happen when all schools are charter schools in the USA, with no elected boards!

Below is the full text of Lily Williams comments which is being re-posted in its entirety in case it gets scrubbed:


When I was growing up under Mao’s regime in China, we were told to chant everyday in the government run public schools, “Long Live Chairman Mao, Long Live Communist Party.” We were required to write in our dairies every day and turn them in for teachers to review. In the dairies, we were supposed to confess our incorrect thoughts to Mao or do self criticism, or report anything bad we heard or saw from other students, family, and friends. We would memorize Mao’s Quotations and recite them aloud during class. For school fun activities, we would dress up as Chinese minority people in their costumes to sing and dance, thanking Mao and Communist Party from saving them from poverty, or dressed up like soldiers to fight for new China. Mao was like a god to me. I would see him rising from the stove fire or talking to me from the clouds.

We all truly believed in Mao and Communism because we were completely indoctrinated and did not have any other information. We had nationalized curriculum and tests, one of the subjects we had to study was Politics (Communist Party’s history, Karl Marxism, Mao Zedong Thought, etc.). Our teachers had to comply with all the curriculum and testing requirements, or lose their jobs forever. Parents had no choice at all when it came to what we learned in school.

The government used the Household Registration and Personnel File system to keep track of its citizens from birth to death. This old photo of me in Mao’s Red Guard uniform was used in my Middle School Student File which documented everything: age, gender, parents, their jobs and political class, religion, siblings, home address, your grades, awards, punishments, politically incorrect speeches, bad behaviors, etc. Then, this file followed me to my high school, college, my first job, my future jobs, etc. It was shared by all the government agencies and employers. 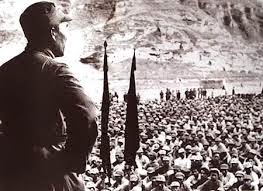 Before I left for America to pursue a master’s degree, my communist boss made me to sign a paper to promise to return to my job after my graduate study or my file would be returned back to my hometown Chengdu in Sichuan Province. I was a law school assistant professor at Fudan University in Shanghai at that time, which is one of the top Chinese universities. Sending my file back to my hometown meant that I would lose my legal career forever and have a black spot in my file which would make it very hard to get another good job. I had to sign it in order for my employer to release me so I could apply for my passport with their consent papers. Even though I finally broke the tracking of Chinese government of me by coming to America, I still feel, sometimes, that I am haunted by my file. When I did not return, the file went back to my hometown, Chengdu, and is somewhere in a local security or police office today.I want to use my story as a Chinese immigrant to wake up Americans because this country is the Shining City on the Hill I came here for. From the NSA keeping records on us in massive databases to Common Core nationalization of exams and curriculum; what is happening now is very unlike the America I came to find. The worst, I fear, is that Common Core could be used by the government and corporations to do data collection and data mining on our children. What else could come to take away more of our rights and privacy? Our freedom is very precious and we must fight to keep it. Without freedom, you are just a slave, no matter how much money you have. Trust me to say this because I have lived under tyranny before and will never want to live in it again. I took a long journey from tyranny to liberty. I don’t want to go back into tyranny. (Source)

In 1994 the Second Annual Model Schools Conference sponsored by the International Center for Leadership in Education, Inc. (ICLE—whose director is Dr. Willard R. Daggett, previously employed as a co-trainer with William Spady at Outcome-Based Education training sessions sponsored by Spady’s High Success Network) was held on June 26–29, 1994 in Atlanta, Georgia. Of special interest was the presentation given by Su Lin, founder and chairwoman of China International Intellectual Resources Development Center for Children (CICC), who stated the Red Chinese Communist philosophy on education:


"I am strongly against parents or teachers who impose their own views and demands on the children....

"Chances and conditions for education should be equal for every child…."

Readers can access the full text of this conference by reading pages 334-336 of my book the deliberate dumbing down of america.

In 1977 Mary F. Berry, assistant secretary in the U.S. Office of Education, gave a speech at the University of Illinois positively touting Red Chinese education. Here is a summary of her speech which was published in the August 1978 issue of The National Educator:


Red China has eliminated testing and grades. The U.S. is rapidly going the same route. Testing is being downgraded and scoffed at, and grades, where they do exist are just about meaningless.

For the Red Chinese, according to Ms. Berry, truth is a relative concept. In the U.S. schools students are taught the same thing in “values clarification.” It’s called situation ethics and it means it’s okay to lie or cheat or steal or kill when it suits your purpose.

In Red China, according to Ms. Berry, education must serve the masses. Ditto the U.S. Only the semantics are different here. In the U.S. education is not designed for the benefit of individuals, but for society. “Society” or “masses”—what’s the difference?


In Red China, according to Ms. Berry, education must be combined with productive labor and starts at six years of age, with children working at least one hour a day producing voice boxes for dolls. At the middle school level, children make auto parts as part of the school day. We are not at this low level, but Secretary Berry frankly admits, “We will draw on the Chinese model....” We are fast approaching the Chinese model. We have work/study programs and the U.S. Office of Education is working on development of Lifelong Learning programs—another Chinese import. Such programs will enable people to work and study their entire lives for the benefit of the state.... [Keep reading on pages 149-150 of my book]

A German father living in America similarly spilled the beans in the mid-1990s regarding Performance-Based Outcomes Based Education being Hitler's education system. He naively believed that his voice would be listened to in the American system. He went before his local school board to ask why it would be adopting this non-academic "less is more" workforce training/indoctrination system. He wrote letters to his congressmen and talked with his senator. He was thrown in an immigrant jail on hyped up charges and found himself deported from the USA and sent back to Germany!
Posted by Charlotte Iserbyt at 1:03 PM