Senator Collins Doesn't Get It

From Senator Susan Collins November 24, 2014 Newsletter one can learn about her most recent activities with students and schools:

From the Franklin Journal:

The senator spoke of how her career goals seemed to change weekly when she was younger. At one point, she wanted to be a dentist. Her dentist told her that girls couldn't be dentists because their hands are not strong enough. 'Today, you can be anything you want,' she stressed before adding, 'learn to work hard, 're­spect others, and believe and have pride in yourself.' 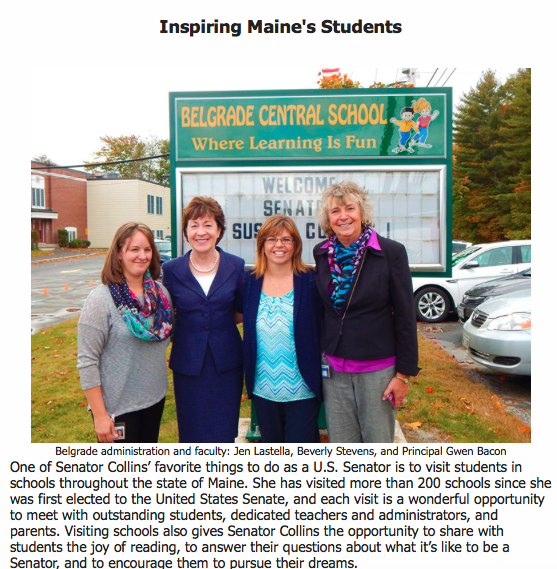 You notice Senator Collins does not tell the students they will not be able to get the so-called wonderful training unless they are part of the quota designated by the corporate fascist school/business partnership!

Keep that secret under your hat, Senator. They will not be able to change their career goals, as did Senator Collins, because they won't have a say in what training they receive. If a student happens to be No. 11 on a list of students wanting training for a certain job, and there are only ten slots, he/she will NOT get the training, and their dreams of becoming "whatever" will be smashed to smithereens. 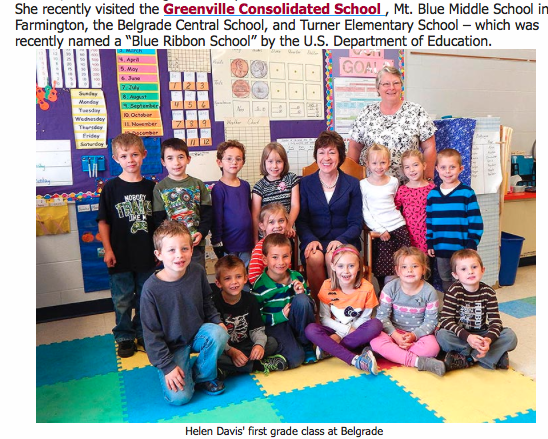 Maybe the Senator does not understand what "planned" economies and quota systems are all about!

In 1983, in THE COMING REVOLUTION IN EDUCATION: BASIC EDUCATION AND THE NEW THEORY OF SCHOOLING, Eugene Maxwell Boyce, former professor of educational administration at the University of Georgia, explained how the Communist "authoritarian state" controls jobs and ties education "directly to jobs":


In the communist ideology the function of universal education is clear, and easily understood.

Level of education, and consequently the level of employment, is determined first by level of achievement in school.

They do not educate people for jobs that do not exist.... No such controlled relationship between education and jobs exists in democratic countries. (p. 4) [bold added; quote reformatted for blog posting]


We can "thank" Susan Collins for supporting Sen. Olympia Snowe's husband, former Congressman and Maine Gov. Jock McKernan, for being one of the first, if not the first, Governor to support the Soviet polytechnical system for Maine. 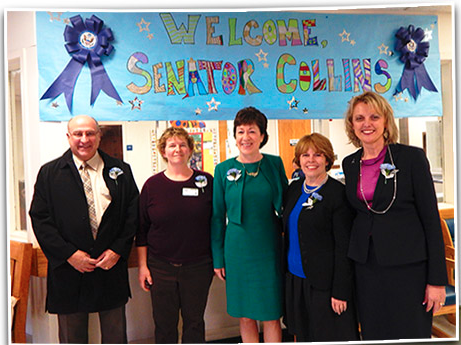 There is a fascinating history behind this. The state of Maine took a leadership position in the implementation of a school-to-work system in 1990.

John Fitzsimmons, the President of the Maine Technical College System and former state labor commissioner in Maine during the 1980s, traveled to Germany and Denmark in the early 1990s, along with the then-Governor John R. McKernan, Jr. [husband of U.S. Senator from Maine Olympia Snowe], to get a first-hand view of European apprenticeships. The governor and Fitzsimmons were so impressed by what they saw that they plotted the outlines for a Maine initiative on paper napkins on the transatlantic flight home. In February 1993 the Maine Youth Apprenticeship Program—now called Maine Career Advantage—accepted its first 12 students. By 1996 the initiative had spread to 276 students, 108 high schools, and 197 businesses. An additional 850 students were involved in career-preparation activities such as job shadows, developing portfolios, and summer internships.

“I really believe, in my state, the future lies in the quality of the skilled workforce,” Fitzsimmons told me in 1994, a strong Rhode Island accent still lingering in his voice. “We will not compete with a North Carolina Research Triangle or with Massachusetts’s Harvard and M.I.T. and their ability to be international research areas. We will be the producers of goods. And I take great pride in that because if we’re able to produce high-quality products, it will mean high-wage jobs for our people.”


Historical excerpts above are taken from my book the deliberate dumbing down of america.
Posted by Charlotte Iserbyt at 7:09 AM