Guilty for Being Privileged

Marx Lives!
(on American college campuses)
"Student mugged, says he deserved it because of his ‘privilege’" is the title of an article by Maggie Lit was published on November 24, 2014.


A Georgetown University (GU) student who says he was mugged at gunpoint says he “can hardly blame" his assailants.

Senior Oliver Friedfeld and his roommate were held at gunpoint and mugged recently. However, the GU student isn’t upset. In fact he says he “can hardly blame [his muggers].”


In the 1970s U.S. News and World Report carried a cover story entitled "Marxism in the Colleges."

THAT WAS FORTY YEARS AGO, AND NO ONE PAID ATTENTION.

For nearly one hundred years the majority of  colleges, especially private elitist ones, have taught philosophy of Karl Marx. From at least 1965 to the present public education (K-12) has taught Marxism. The only reason not all children were indoctrinated is local school boards were in charge, and there were thousands of public school teachers who were NOT Marxists, and taught academics and traditional values behind closed doors! 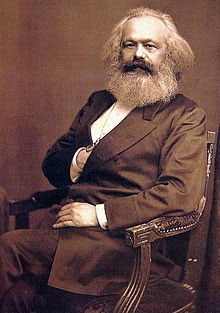 The student mugged, says he deserved it because of his ‘privilege’.

Imagine a student that is suicidal. A person in this sad situation would believe it is okay to be beaten up—maybe even killed because they might feel “they deserved it.” Why do they deserve it? They got into a great school, can go to a restaurant, own a car. It makes no logical sense. These tragic folks need to be protected.

Yet at Georgetown University a student was mugged and liked it—thinks he deserved it—and the administrators did nothing to protect him, from himself. Maybe the next time he will ask to be beaten, robbed and hurt?!

Will someone protect US from him—why are criminals running loose on the streets? Because college educated people think getting a degree is a problem, not gangs with guns?

The bigger question is why isn’t this a bigger story—the media needs to alert us there are people looking for “suicide by criminal” among us.

Posted by Charlotte Iserbyt at 7:15 AM