FROM THE LAND OF FRUIT AND NUTS!

A big basket of blatant brainwashing in order to graduate!


For years ethnic studies classes have been teaching the superiority of the race being studied—it is the smartest, the world would not have existed without this race. All technological progress and the Rule of Law is because of this race. Then you have the “women’s” study—which teaches the superiority of women and the victim hood of women—it is all the fault of men.


In the real world these classes are racist or sexist—teaching superiority as a given fact. Now UCLA students will not be allowed to graduate unless they take, and pass a racist designed class. Government education has come down to this, propaganda and fraud as a requirement to graduate. UCLA is run by Al Sharpton valued educrats—sad and sick.

“UCLA Chancellor Gene Block has been a proponent of the diversity classes, saying they would help students function in a multicultural society, the newspaper reported. He said in a statement that the vote confirms UCLA’s commitment to exposing undergraduates to diverse backgrounds and views.” 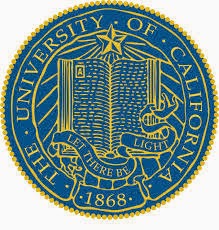 UCLA’s Legislative Assembly has given final approval to a measure that requires undergraduates to take a course on ethnic, cultural, religious or gender diversity, campus officials said in remarks reported Friday.

The assembly Thursday voted 85 to 18 in favor of the measure, with four abstentions, the Los Angeles Times reported. The requirement already applies to incoming freshmen starting next fall, and extends to transfer students in 2017....

Opponents said students were already overwhelmed with class requirements, and feared the university would not be able to pay for more classes, according to The Times. Others doubted whether classes could actually improve ethnic relations.

Posted by Charlotte Iserbyt at 7:11 AM