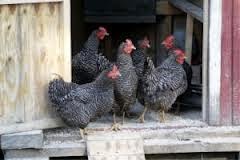 See the following articles regarding the world's cooperation with the Russians:

Germany’s economic vulnerability may be broader than that of other European nations, reflecting its substantial commerce with Russia and its longstanding position as a bridge between Eastern and Western Europe. Recent surveys show that optimism among German businesses is sagging because of concern about Ukraine, and economists have begun predicting that the economy could stagnate or even shrink.


I am reminded of Norman Dodd's comments. See my earlier blog post "RESUME THE REECE COMMITTEE INVESTIGATION OF THE TAX-EXEMPT FOUNDATIONS!" and read the entire excerpt from my book, in particular:


Mr. Dodd, all of us here at the policy making level of the foundation have at one time or another served in the OSS [Office of Strategic Services, CIA forerunner] or the European Economic Administration, operating under directives from the White House. We operate under those same directives.... The substance under which we operate is that we shall use our grant making power to so alter life in the United States that we can be comfortably merged with the Soviet Union.

Stunned, Dodd replied, “Why don’t you tell the American people what you just told me and you could save the taxpayers thousands of dollars set aside for this investigation?”

Posted by Charlotte Iserbyt at 8:23 AM