TALKING OUT OF BOTH SIDES OF THEIR MOUTHS? 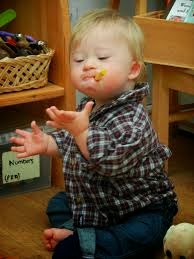 
The board of New Orleans' Choice Foundation charter schools voted Thursday to join a pro-Common Core lawsuit against Gov. Bobby Jindal, should the Louisiana Board of Elementary and Secondary Education file one. And if BESE doesn't sue, Choice might go to court on its own, chief executive Mickey Landry said.


This should tell us something about the Leftist philosophy of this leading charter school organization.

And neoconservatives opposed to Common Core, who adamantly support tax-funded private education/charters, have within their ranks at least one charter group which supports leftist Common Core?

Doesn't their stand prove the anti-tax-funded school choice movement's contention that once opponents of Common Core think they have killed it, it will turn up in their favorite tax-funded private "choice" or "charter" school and they won't be able to oppose it since they won't have an elected school board to go to?

From the Choice Foundation's website, a MENU of state-controlled "choice":


Choice Foundation: What Is School Choice?

What is state-controlled "choice? You are permitted to "choose" chocolate cake on a white plate, or chocolate cake on a blue plate. The government gives you the illusion of choice by selection of the color of the plate. But you are stuck with the state-approved, predetermined, fake "choice" of one-size-fits-all chocolate cake.


No vanilla allowed! No freedom of choice. Read "The Pizza Choice Game."


Posted by Charlotte Iserbyt at 11:50 AM