The Origins of "Choice"


WHERE DID IMPLEMENTATION OF TAX-FUNDED SCHOOL "CHOICE" AND SCHOOL TO WORK TRAINING BOTH COME FROM? Both are necessary for the move from Capitalism to a Planned Economy.... 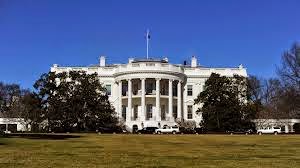 Don't forget this was group that recommended merger of public and private sector.  See page 205 of my book the deliberate dumbing down of america:

SAN FRANCISCO (UPI)—A conservative study group founded by supporters of President Reagan is about to issue a report that advocates Republicans shed some of their deep-rooted antipathy to a planned economy.

An industrial policy accepted by both political parties and by business and labor is essential to revitalize America’s dwindling clout in the world economy, according to the study’s editor, Professor Chalmers Johnson of the University of California.

“The Industrial Policy Debate” is to be issued today by the Institute for Contemporary Studies, a think-tank founded by presidential counselor Edwin Meese, Secretary of Defense Caspar Weinberger and other Reagan supporters.   (See link below).

“What we are really trying to pose is a serious debate that has become stupidly politicized  by both parties,” Johnson said. “We are trying to get the question of an industrial policy for the United States to be taken seriously by people who don’t really believe in it—above all Republicans.

“Americans must come to grips with economic policy or go the way of England. We have probably got a decade before it becomes irreversible.”

In the United States, he said, “The whole topic we are trying to address is so caught up with politics and the particular positions of industries that it is very hard to disentangle what we mean by economic policy.”

While the Democrats are “planning to throw money at the northern Midwest ‘rust’ belt” to get votes, Johnson said many Republicans “are painting themselves into a corner by attacking the very concept of industrial policy—arguing that it violates the sacred principles of private enterprise and free trade.”

“Reaganomics without an accompanying industrial policy to guide it, has been costly,” Johnson said.

EARLY IN 1981 THE PRESIDENT’S TASK FORCE ON PRIVATE SECTOR INITIATIVES WAS INstalled at 734 Jackson Place, N.W., Washington, D.C. Membership listed on The White House letterhead read like a “Who’s Who” of individuals in government agencies, universities, tax-exempt foundations, non-governmental organizations, business, media, labor unions, and religion.  The names of some individuals on the task force follow:

[Note especially Monson, Romney, and White, deeply involved for many years in promoting the concept of lifelong Community Education under the umbrella of the unelected school superintendent and unelected council.]

This totally new and un-American concept of partnerships between public and private sector has been readily accepted by our elected officials who ignore its roots in socialism and its implications for the discontinuation of our representative form of government and accountability to the taxpayers. Under the “partnership” process, determining responsibility when something goes wrong is like pinning jello to the wall.

Such a change in government, if presented in clear language to citizens at the polls, would be rejected. However, when implemented gradually, using the Marxist-Hegelian Dialectic, citizens don’t even notice what is happening. The shift is away from elected representatives. In time, after voters have become even more disenchanted with the candidates and election results, fewer and fewer citizens will vote. At that point a highly-respected member of the public will enter the picture to propose a solution to the problem: some sort of compromise toward parliamentary form of government found in socialist democracies which will be acceptable to Americans unfamiliar with the protections guaranteed by the U.S. Constitution.

One says to oneself, confidently, “This will never happen.” Look around you. What do you see? Site-based management in your local schools, transferring decision-making, traditionally exercised by elected school boards, to politically correct appointees and the creation of unelected task forces at all government levels; proposals to “separate school and state” which make no mention of governmental and social structure consequences—efforts to have government money (taxes) pay for services delivered by private religious or homeschools, etc., with no public representation. There can be no accountability to the taxpayers under a system so alien to the United States’ form of representative government.

How clean, neat and tidy. Wholesale destruction of an entire, wonderful system of government
without firing a shot. 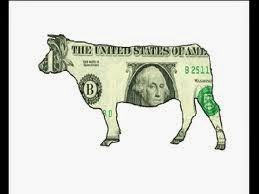 Posted by Charlotte Iserbyt at 9:26 AM