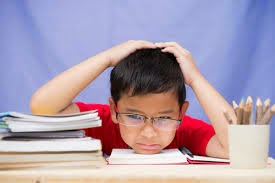 The purpose of the post is to show how dense our elected officials are. and to give our readers a very good overview of the history and dangers of charter schools.  Cris Shardelman, an education researcher from the state of Washington and a member of the 3D Research Group, started off with a note to me about problems with charter schools, which stated:


Below is brief excerpt from an email sent by Cris Shardelman to Washington State Senator Jan Angel:

Of great and shocking importance is the American Legislative Exchange Council's model charter school proposals scheduled for consideration at their Aug. 1, 2014 meeting.  One provision states under Section 8 Operations and Autonomy, "(1) Notwithstanding any provision of law to the contrary, to the extent that any provision of this Act is inconsistent with any other state or local law, rule, or regulation, the provisions of this Act shall govern and be controlling,"

In other words, if passed by the Legislators in their own states, ALEC's Big Corporations would then be able to wipe out all laws that have protected we, the people, for years. This Act would supersede all the hearings and testimony of citizens on any existing laws that stand in the way of Corporate Charter School Profits.

Now, take a look at  Senator Jan Angel's brief response to Cris related to the proposed charter school legislation of ALEC. Senator Angel totally ignores Cris's serious concerns (bolded text above) or does so on purpose, since she has no problems whatsoever with ALEC's use of charter schools to take over public and private education and to wipe out taxpayer representation!

Cris I am well familiar with ALEC -- they are our friend in all this.


"She may be the one to sponsor it here. She simply accepted ALEC's proposal as a good thing from a friend.  Did I not make clear the  intent of ALEC is that they believe it right to wipe out all previous laws that impede charter schools, rather than debate repealing those laws?"


Please read  Shardelman's correspondence to Sen. Angel below. Cris has been involved in opposition to charter schools since the early 1990s, attending all hearings, writing articles, etc. She is one of the nation's premier experts on the subject since Washington State was one of the first, if not the first, to experiment with the idea.

Below is the full text of Cris Shardelman's excellent expose' of charter schools in her email letter to Senator Angel:

This email contains more information than is needed for people to understand the change in our government through Charter Schools. Please read carefully, particularly the 2nd paragraph [bolded words below, ed.]. You may even want to look up who is on ALEC's Board, and what other organizations they belong to that also push privatization with public money.

Of great and shocking importance is the American Legislative Exchange Council's model charter school proposals scheduled for consideration at their Aug. 1, 2014 meeting.  One provision states under Section 8 Operations and Autonomy, "(1) Notwithstanding any provision of law to the contrary, to the extent that any provision of this Act is inconsistent with any other state or local law, rule, or regulation, the provisions of this Act shall govern and be controlling,"

In other words, if passed by the Legislators in their own states, ALEC's Big Corporations would then be able to wipe out all laws that have protected we, the people, for years.  This Act would supersede all the hearings and testimony of citizens on any existing laws that stand in the way of Corporate Charter School Profits.

This is a very brief discussion regarding why we cannot simply fight Common Core,  while touting Charter Schools as the answer. We lost all local control when the 1992-93 education reforms changed to a state and national system. Charter Schools are not the answer, and the 135 Gulen Muslim Charter Schools in U.S. should cause people to have huge concerns.

Washington State's Charter Initiative included the provision to allow foreign corporations to establish Charter Schools here, leaving you without a voice about it. To reestablish local control, we must repeal education reform and kick out of the education system all the corporations that have, for years, used experimental education of our students for unbelievable financial gain and political/spiritual indoctrination in the schools.

Parents and taxpayers would then have to monitor the schools very closely through elected officials to ensure the objective subject matter would be restored.

Charter proponents John Chubb and Terry Moe described the intent of charter schools in Politics, Markets, and American Schools, Pg. 218 "Our guiding principle in the design of a choice system is this: Public authority must be put in use in creating a system that is almost entirely beyond the reach of public authority." Willard Garvey wrote President Reagan "Privatization is now an idea whose time has come. The knowledge, communication, and computer industry can make political representatives obsolete."

Charter Schools are well defined in both statements.  They are Contract Schools which are not accountable to taxpayers in the community, yet have flexibility in how they use taxpayer money, and can even contract out instructional services to either a non-profit or for-profit corporation.

Though they operate under different laws and funding than regular schools, the Constitution has not been amended for this purpose. The appointed authorizer who selects and oversees the charter corporation can delegate his/her duties to others yet the authorizer or delegates are immune from liability.

Some of the violations of the Constitution are:

1.      Art. 1:1 All political power is inherent in the people, and governments derive their just power from the consent of the governed. (Charters are taxation without representation.)

2.      Art. 1:12 No law shall be passed granting to any corporation other than municipal privileges or immunities which upon the same terms shall not equally belong to all citizens, or corporations.

3.      Art. 2:28 The legislature is prohibited from enacting any private or special laws in the following cases (6) For granting corporate powers or privileges, (7) For authorizing the apportionment of any part of the school fund.(15) Providing for the management of common schools. (Although this was an Initiative of the people, the Constitution was not amended, and an Initiative can be changed in 2 years, as many have.)

4.      Art. 2:37 No act shall ever be revised or amended by mere reference to its title, but the act revised, or the section amended shall be set forth at full length. (The Initiative didn't amend the  text of Art. 9, simply stated charter schools are public schools.)

5.      Art. 7:1  The power of taxation shall never be suspended, surrendered or contracted away.

6.      Art. 8:5 The credit of the state shall not, in any manner be given or loaned to, or in aid of any individual, association, or corporation.

7.      Art. 9:2 The legislature shall provide for a general and uniform system of public schools. (Not different management and laws.)

8.      Art. 3:22 The superintendent of public instruction shall have supervision over all matters pertaining to public schools, and shall perform such specific duties as may be prescribed by laws. (That supervision has been given to appointed people.)

9.      U.S. Constitution Articles 9 and 10 forbid education being a function of the U.S.  government. (Charter Schools bring about a further erosion of states sovereignty which was designed to  protect representative government. Taxpayers are being forced to submit to federal mandates which give their funds to private corporations over which they have no representation. The Department of Education has an appointed Secretary.)

The Center for Education Reform, through Charter Proponent Jeanne Allen, stated charters have a 15% closure rate. However the article mentioned 500 more that either failed to open, or reverted back to the local schools. If those are added in, the rate is 22.8%. (12-21-2011 New study: Charter schools have a 15%  closure rate)

A 7-7-2011 report (In Florida, Charter Schools had a Failure Rate 740% higher than Public Schools.) That report cited statistics from the FCAT which were reported on CBS4 News. Florida's law is similar to Washington's in that they have freedom (flexibility) over the budget. To understand that pitfall, read several articles in Orlando Sentinel by Lauren Roth beginning with the 10-24-2012 article ($500,000 payout to charter principal sparks outrage, call for probe). This scandal has caused Florida to reconsider their law. 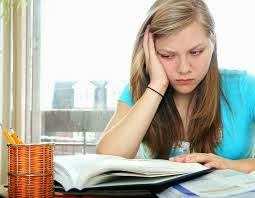 Posted by Charlotte Iserbyt at 5:34 PM