Below are excerpts from my September 4, 2013 NewsWithViews article titled CONSERVATIVE TREASON: SELLING OUT YOUR CHILDREN. This article is especially relevant in light of the upcoming Glenn Beck Common Core movie massive marketing extravaganza to deceive the Christian Right about Common Core, a Trojan Horse strategy. 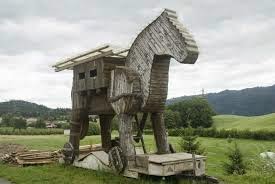 The recent, incredibly well-funded neo-conservative bandwagon popping up all over the country investigating the Common Core to the exclusion of the dangerous issue of tax-supported school choice and charter schools with no elected boards, has prompted me to write this article.

I am devastated by the speed with which the United States free economic and political system is being destroyed by the neo-conservative leadership. Our little band of excellent long-time education researchers/activists has been marginalized by the well-funded leadership of the Trotskyite (communist) neo-conservative movement. The leadership of this movement is, I believe, quite evil. Those carrying out this Common Core diversion from the real issue—publicly funded school choice/charters, with no elected boards—will have to answer many questions when they meet their Maker. (Scroll down to the last excerpt of this article to see a listing of perpetrators.)

This leadership has parents, who are new to the history of education, doing research on Common Core standards, when Common core is not the issue. It is only the latest label applied to the brainwashing that has been taking place in the nation’s schools since the early 1940s. It is dangerous due to computer assessment and data collection. Other than that, it is no more dangerous than the tax-exempt Carnegie Corporation’s federally funded National Assessment of Educational Progress (NAEP) that has been mandating state sampling of students in proper attitudes, values and beliefs since the early 1970s.

Many truly conservative Americans mistakenly believe that “educational choice”—i.e., charters, cyber charters and vouchers—is “private” education. Nothing could be further from the truth. Follow the money trail. Follow the testing/assessment trail. This so-called “private” education, supported by so many “so-called” conservatives, is in reality government controlled. The child is enrolled in the system, and is monitored, assessed and data banked in the system. Truly private education has no governmental funding, and it has no government-defined and -prescribed “common core” indoctrination and assessment. Please read Sarah Leslie’s article series "The Choice Charade."

Supporters of the tax-funded school choice/charter agenda include the likes of: Glenn Beck, David Barton and Eagle Forum developing their “boot camp” to fight the straw man “Common Core”; the Heritage Foundation, that drafted the North American Free Trade Agreement (NAFTA) that sent abroad hundreds of thousands of good-paying American jobs, with its state affiliates like Heartland Institute, and Heritage’s new president, former Sen. Jim DeMint, (R) S.C., who has pledged to make choice and charters the main focus of his presidency; Pioneer Institute and its Stop Common Core roadshows; former Governor Jeb Bush and his pro-choice/charter foundation; ex-IBM CEO Louis Gerstner calling for the dissolution of over 16,000 school districts, thereby changing the governing system, thus removing elected school boards; Fordham Institute's president, education change agent Chester Finn who is virtually recommending the abolition of private education; Cato Institute; the DeVos Family Campaign for Privatization of Schools and Betsy DeVos’s All Children Matter which is funding multiple state charter school initiatives; former Secretary of Education William Bennett; the Walton Family Foundation; the Council on National Policy; the Acton Institute; the Family Research Council; Christian Coalition; Freedom Works; The John Birch Society, and Gary North, Reconstructionist/Dominionist Y2K alarmist, who is working with Ron Paul, David Barton and Tom Woods of the Von Mises Institute, to launch Ron Paul’s home school curriculum, who said, “So let us be blunt about it: we must use the doctrine of religious liberty to gain independence for Christian schools until we train up a generation of people who know that there is no religious neutrality, no neutral law, no neutral education, and no neutral civil government. Then they will get busy constructing a Bible-based social, political and religious order which finally denies the religious liberty of the enemies of God.”... 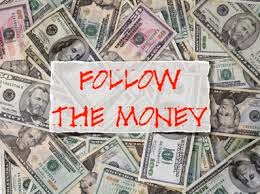 Posted by Charlotte Iserbyt at 12:39 PM