DOES THE FOURTH OF JULY NO LONGER HAVE MEANING?...

...OR IS IT JUST ANOTHER HOLIDAY TO WAVE FLAGS AND DO THE BARBECUE THING?

This YouTube video has had 124,578 hits.  It is your job to quadruple that number in a short time, hopefully. This is a fascinating interview! CLICK ON THE LINK BELOW:

See the complete transcript by clicking on Hidden Agenda Transcript

ED GRIFFIN: How would you describe the motivation of the people who created the foundations, the big foundations, in the very beginning? What was their motivation?
NORMAN DODD: Their motivation? Well, let's take Mr. Carnegie as an example. He has publicly declared that his steadfast interest was to counteract the departure of the colonies from Great Britain. He was devoted to just putting the pieces back together again.
ED GRIFFIN: Would that have required the collectivism that they were dedicated to?
NORMAN DODD: No, no, no. These policies, the foundations’ allegiance to these un-American concepts, are all traceable to the transfer of the funds into the hands of trustees, Mr. Griffin. It's not the men who had a hand in the creation of the wealth that led to the endowment for what we would call public purposes.
ED GRIFFIN: It's a subversion of the original intent, then?
NORMAN DODD: Oh, yes, completely, and that’s how it got into the world traditionally of bankers and lawyers.
ED GRIFFIN: How do you see that the purpose and direction of the major foundations has changed over the years to the present? What is it today?
NORMAN DODD: Oh, it’s a hundred percent behind meeting the cost of education such as it is presented through the schools and colleges of the United States on the subject of our history as proving our original ideas to be no longer practicable. The future belongs to collectivistic concepts, and there's just no disagreement on that.
ED GRIFFIN: Why do the foundations generously support Communist causes in the United States?
NORMAN DODD: Well, because to them, Communism represents a means of developing what we call a monopoly, that is, an organization of, say, a large-scale industry into an administerable unit.
ED GRIFFIN: Do they think that they will be the ones to benefit?
NORMAN DODD: They will be the beneficiaries of it, yes. [END OF INTERVIEW]

The last two questions and answers describe the corporations' and tax-exempt foundations support for the Soviet polytech workforce training system.  As Dodd says"  They will be the beneficiaries of it, yes." 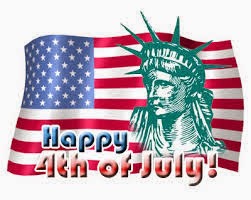 WE MUST CALL FOR A RESUMPTION OF THE 1953-1954 CONGRESSIONAL INVESTIGATION OF THE FOUNDATIONS
Posted by Charlotte Iserbyt at 11:53 AM