"Tools of the Mind" 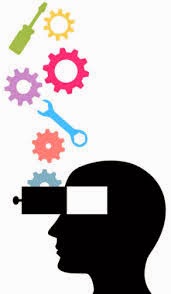 A Report by Betsy Kraus, 3D Research Group
Vygotsky, who proposed the Socialistic alteration of man, developed the concept of "Tools of the Mind."

Here is an example of how this mind “alteration” translates into classroom. The following quote is from an article in American Thinker entitled “Preschools Are Using a Marxist's Theories to Manufacture Collectivists” by Chuck Roger. He says:


"Vygotsky theorized that by changing “the tools of thinking available to a child, his mind will have a radically different structure…. At Metropolitan State College of Denver, the “Tools of the Mind” organization develops Vygotskyian curricula and trains teachers to wire radically different thinking into the brains of children in 18,000 preschool and kindergarten classrooms throughout America. And the number is growing." (1)


Progressive education also includes the Zone of Proximal Development or ZPD. This is another sample of Vygosky's mind “wiring” in the classroom. Currently Vygosky's Zone of Proximal Development (ZPD) and his “scaffolding” and "vertical" teaching methodologies are also heavily used throughout education. Look for these constructionist techniques which appear to be built into Common Core Standards.

Vygotsky defined his ZPD as the distance between a child's "actual development level as determined by independent problem solving" and the child's level of "potential development as determined through problem solving under adult guidance and in collaboration with more capable peer."  He thought that the most effective instruction involves giving children challenging material, along with help in mastering it.

Isn't this concept promoted in the U.S. Department of Education's highly controversial publication on "Grit, Tenacity, and Perseverance," which calls for biometric devices to study the student's frustration level?

Here is another sample of how ZPD translates into the classroom. A teacher posted this comment on the Missourians against Common Core web site:

“I was told that I need to challenge students by bringing them to their ‘frustration level’– that doing so would challenge them to work and that they would rise to the occasion. I envisioned students throwing up their hands in resignation and transforming into behavior problems." (2)


According to information in the book the deliberate dumbing down of america, by Charlotte Iserbyt, this teacher is probably right. Kurt Lewin, another major thinker from the Marxist nest of psychologists, led experiments to purposely frustrate students. Following such experiments it was stated that:

"Frustration as it operated in these experiments resulted in an average regression in the level of intellectual functioning, in increased unhappiness, restlessness, and destructiveness, in increased ultra-group unity, and in increased out-group aggression. The amounts of increase in negative emotionality were positively related to strength of frustration." (Emphasis, Ed.) (3)


Lev Vygotsky was a colleague of Kurt Lewin. Think about Lewin, ZPD, and psychological schoolroom tactics the next time you hear of another instance of groups of students acting out aggressively. If students are highly agitated, will they react accordingly? 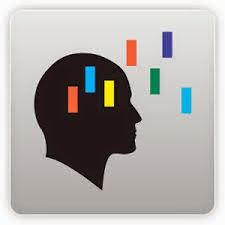 (3  Iserbyt, Charlotte, the deliberate dumbing down of america, Page A-61. http://www.deliberatedumbingdown.com/MomsPDFs/DDDoA.sml.pdf