How cozy!  Susan Molinan, Vice President of Public Relations for Google says: "We are the nexus of Washington and Silicon Valley and in a lot of ways we fine ourselves the interpreters in both directions for the  two."

Who elected or appointed Google to be "interpreters in both directions between Silicon Valley (Tech industry) and Washington? Note the legislators attending this grand opening of Google's "digs" in Washington.

Young Googlers milled around meatball stations and a bar with “molecular” gin and tonics, amid hundreds of politicians, lobbyists and other guests. Rep. Darrell Issa of Vista, California, the Republican chairman of the House Oversight and Government Reform Committee was there, along with Iowa Republican Sen. Chuck Grassley.

Dispelling any doubt that visitors were standing at a major intersection of technology and government, it was spelled out in the new office’s ninth-floor lobby. Printed on the floor is a map of Washington — the Google Maps version [SEE BELOW, ed.] — with a big red pin at the address, 25 Massachusetts Ave. NW, just north of Capitol Hill.[emphasis added]

“We are the nexus of Washington and Silicon Valley, and in a lot of ways we find ourselves the interpreters in both directions for the two,” said Google’s vice president of public policy, Susan Molinari....

It’s... no secret that the tech giant has become one of America’s top lobbying spenders. In its public unveiling of the new Washington office, Google showed how it may propose to stay ahead of the pack on both fronts....


So now you know why your local grassroots lobbying efforts get ignored. Read MORE. 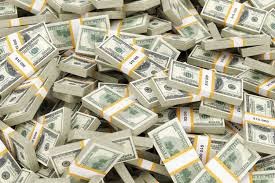 Posted by Charlotte Iserbyt at 11:18 AM