COMMON CORE: Set Up for a Trap

This is a MUST READ ARTICLE! A new 2-part article just published by Anita Hoge. Read it either on NewsWithViews, HERE and HERE (in 2 parts), or read the full article posted HERE. 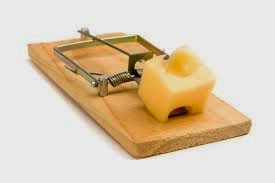 The 'Anti-Common Core Movement' is clouding the real issue. While states are thinking they have struck down Common Core, Obama is using the ESEA Flexibility Waivers to hide his real agenda—to Continue Common Core. Many ‘conservatives’ are—wittingly or unwittingly—helping Obama’s cause.

The move to "Strike Down Common Core" is a fake. It is a sophisticated machination to masquerade the real agenda embraced by ‘conservative’ groups who are working in tandem with the Obama Administration. “Race to the Top” and the Common Core Copyright made up the 'foot in the door' for standardizing the 50-state strategy. This was the first step towards nationalizing education—with national standards, a national test, and moving toward a national curriculum. Parents against Common Core are being used, especially by directing them to a new, easy answer to sidestep Common Core, i.e., government-controlled “choice.”

‘Conservative’ groups have told parents they can save their children from the federal government by supporting this “choice.” Little do these 'new-to-the-system' parents realize that they are being set up for a trap. Choice is that trap, and charter schools are right behind, for the bigger trap agenda. When this agenda becomes fully operational, parents will actually lose their voice. They will lose their vote in our representative form of government. There will be no true representation. The word "accountability" has meaning; it means being in compliance to federal law. You know, the federal strings attached to federal money. This fake “choice” is attached to federal strings.... 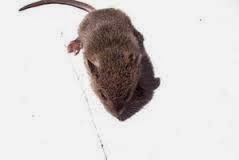 The Plan to Use Title I to Expand School Choice
to Private and Religious schools
How will EVERY child become Title I? President Johnson's "War on Poverty" gave schools funding, called ESEA Title I, to help those schools where there were concentrations of students who were poor. Interestingly enough, the term was "educationally deprived." So, the issue with the ESEA Flexibility Waiver is that the poverty guidelines were removed. This means that children who qualified for free and reduced lunches, where a school had to have 40% of students that qualified under poverty guidelines, are now in a school where that requirement is reduced to "0%." This means ALL individual children in an entire school can receive federal ESEA Title I funds for EVERY child: the funds "follow the child."

This means that a child is considered "educationally deprived" if he/she does not meet standards. Interestingly, the 'Conservative' organization American Legislative Exchange Council, (ALEC) just released model legislation for choice and charter schools for every state in the country. They refer to students not meeting standards with the term "academically disadvantaged." This is what is needed to move forward with federal "choice." EVERY child must be identified for "choice" funds, no matter where they go to school. Obama has done this through the ESEA Flexibility Waiver.

Now that ALL children in public school are Title I, the Republicans can take over from here. They want "choice" [those Title I funds] for EVERY student who goes to private and religious schools, too! This is a terrible bait and switch deception for those parents and citizens who think that choice means freedom of choice for private and religious education! This is not freedom, nor true choice....

WARNING! There are strings attached! Title I Choice funds can be connected to your child to go to any charter, private or religious school you choose. Obama wants "equity" in education. This means the same amount of money for every child with federal accountability strings attached. The compromise will be "choice" for everyone, potentially even home schoolers. There will be no differences in schools anywhere, nationalizing education in the United States through "choice" and Common Core—all will have to "drink the Kool-Aid." That's what "equity in education" means. All schools will become government schools under the Re-authorization of ESEA. You get "choice." But they control all the schools! 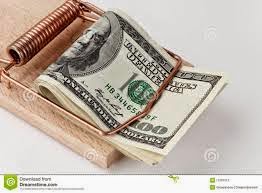 Posted by Charlotte Iserbyt at 8:21 AM