We Will Not Conform To Glenn Beck's Agenda 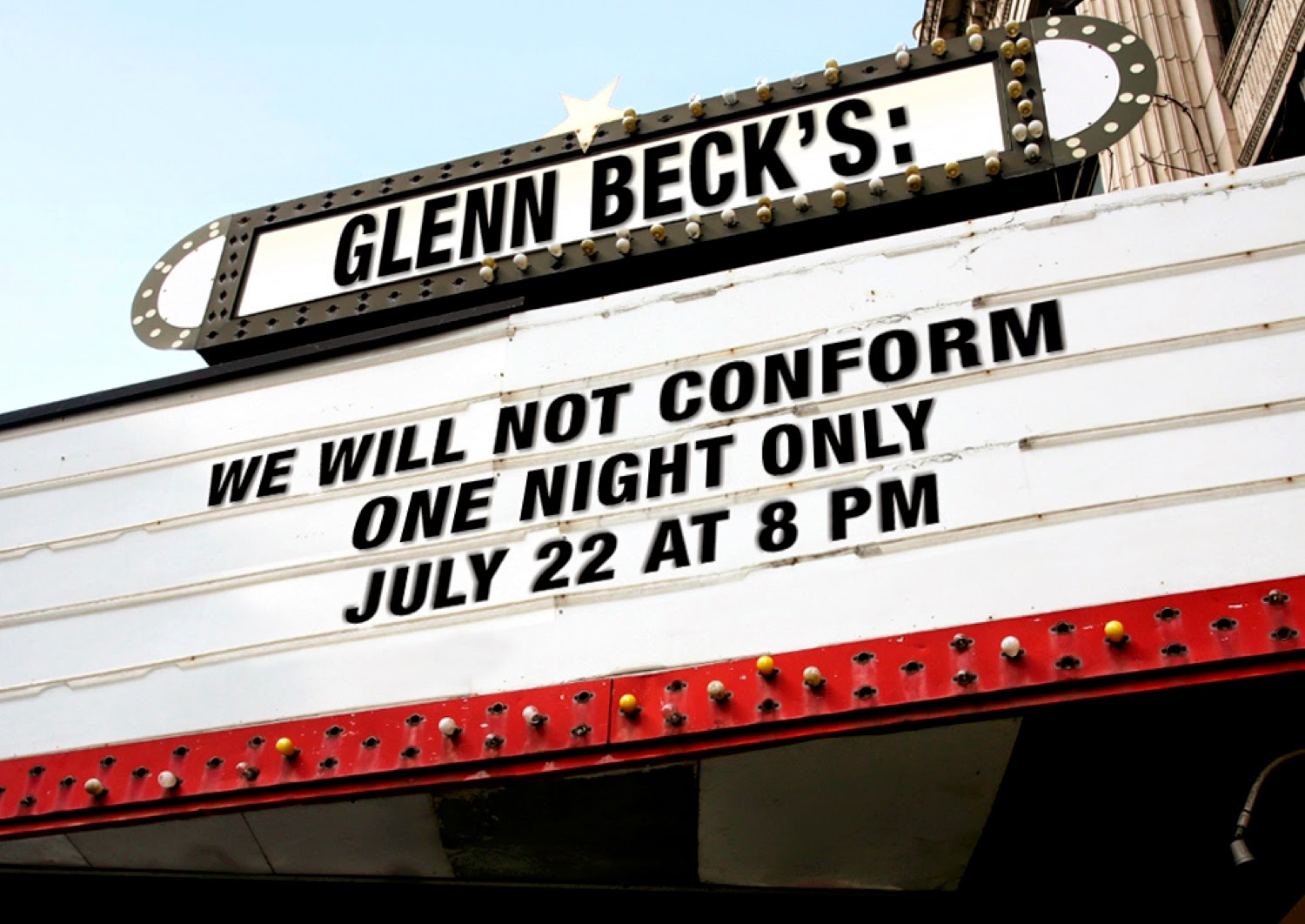 First, read this article which spells out the danger of Charters and "Community Education":
"The Deliberate Dumbing Down of the Village: How New Orleans Charter Schools have become the Global Model for the Community Education Agenda."

Second, read the following that shows Beck supports Charter schools.  "IF GLENN BECK IS SUCH A GREAT RESEARCHER, HOW’D HE MISS JOHN AYERS?!? Glenn Beck's "We Will Not Conform" Common Core agenda omits John Ayers" From Beck's ad for his We Will Not Conform event:

“Besides, victories against Common Core at all levels
only help to pave the way to expand school choice opportunities”[emphasis added]


Third, Christian researcher, Sarah Leslie, has the following to say about Beck's We Will Not Conform media event featuring David Barton. Click on her link to learn all about Beck, Barton and the Dominionists.


"If anyone wants to read about the SIGNIFICANCE of Glenn Beck and David Barton hobnobbing together in this Common Core scheme (which takes a play right out of the evangelical movie marketing book), see my post at Herescope: http://herescope.blogspot.com/2010/08/next-great-awakening.html. These men are two peas in a pod working together with some of the most radical and extreme Dominionists out there."


"The freedom-enhancing, life-improving power of school choice is more than a theory for me. It's more than a talking points memo or teleprompter speech. Unlike many of the politicians paying lip service to National School Choice Week this week, the issue of expanding educational opportunity and freedom for all is something I live,
breathe, practice and witness every day."


"Secretary of Education Arne Duncan announces the upcoming release of the U. S. Department of Education's Family and Community Engagement Framework for families, schools, districts, states, and the broader communities to build capacity for student achievement and school improvement"

Sixth, get the real facts about the sort of "choice" that Glenn Beck and his associates are touting. Read the recent articles on this blog:

Posted by Charlotte Iserbyt at 1:25 PM