The Trojan Horse is a tale from the Trojan War about the subterfuge that the Greeks used to enter the city of Troy and win the conflict. In the canonical version, after a fruitless 10-year siege, the Greeks constructed a huge wooden horse, and hid a select force of men inside. The Greeks pretended to sail away, and the Trojans pulled the horse into their city as a victory trophy. That night the Greek force crept out of the horse and opened the gates for the rest of the Greek army, which had sailed back under cover of night. The Greeks entered and destroyed the city of Troy, decisively ending the war....

Metaphorically a "Trojan Horse" has come to mean any trick or stratagem that causes a target to allow a foe into a securely protected bastion or space. 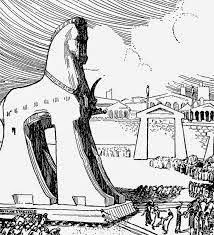 Below are key excerpts from a two-part article I wrote for NewsWithViews in June 2013 titled, "SCHOOL CHOICE IS AMERICA’S TROJAN HORSE."


Public and private school choice proposals, being promoted by the Obama Administration, the Council on Foreign Relations (CFR), and the neoconservative Trotskyite/corporate conglomerate, if implemented, will spell the end of traditional education in the United States. Tax-supported school choice proposals affecting public, private, religious, and home school education are the vehicle to change not only the right of Americans to choose what kind of education they wish for their children, but may also result in changing our representative form of government to an "unelected council form of government" due to one form of school choice, charter schools, run by “unelected councils....

The above-mentioned types of school choice will be tax-supported, with the tax money following your child. Each child, regardless of type of "choice" education, will have an individual education plan (IEP). This will be determined by decisions made by the school/business partnerships (for which kind of workforce training "they" have determined your child’s intelligence/talents are best suited, for their own profit-seeking purposes.) This is the failed communist/socialist job quota system from which millions of foreigners escaped. These immigrants, the backbone of our nation, made enormous sacrifices (some dying on the way!) to come to the United States of America in order to enjoy the upward mobility guaranteed by our free (unplanned) economic system.....


The choice proposals being recommended by most state Governors will ultimately destroy all forms of education: public, home school, private, and religious. The most lethal form of education choice is tax-supported public schools (charter schools) which have no elected school boards resulting in "taxation without representation."

So...not only will private education be destroyed...yes, home schoolers...you too are part of this wicked web. The tax money, if you accept it, will follow the child and that means "your child"....


The Governor's speech was short on telling the truth about how traditional education is being targeted for elimination; about how all this low test score hype is simply the means to get Americans to accept yet another reform....

all supporting TAX-SUPPORTED SCHOOL CHOICE, you MUST start asking yourselves questions about their ultimate goal.

Americans had better wake up to the fact that [so-called "choice"] education is “The” Trojan Horse. Please, for the sake of our children and our teachers, for the sake of our formerly free nation, put aside all your differences related to conservative and liberal, right and left, Republican and Democrat. Please spread the information in this article to everyone you know, including ministers, businessmen, elected officials, college officials, and public and private school teachers and administrators. 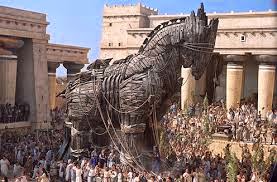 Posted by Charlotte Iserbyt at 10:59 AM